Kai’s first race of 2016 was at the one kilometer Kimbolton track near Cambridge, home of Hunts Kart Racing Club, the first round of their 2016 championship.  As with Kai’s last race, at Kimbolton it’s always a competitive field with many top drivers including no less than six Fusion Motorsport drivers.

The day before was very wet but overnight the weather had turned dry, the track was still damp but with a chance that it may dry slowly as the day progressed (it was only 5ºC).  Free practice was a very short three laps but Kai was up to speed quickly, second fastest and just 0.16 sec off Harry Thompson. 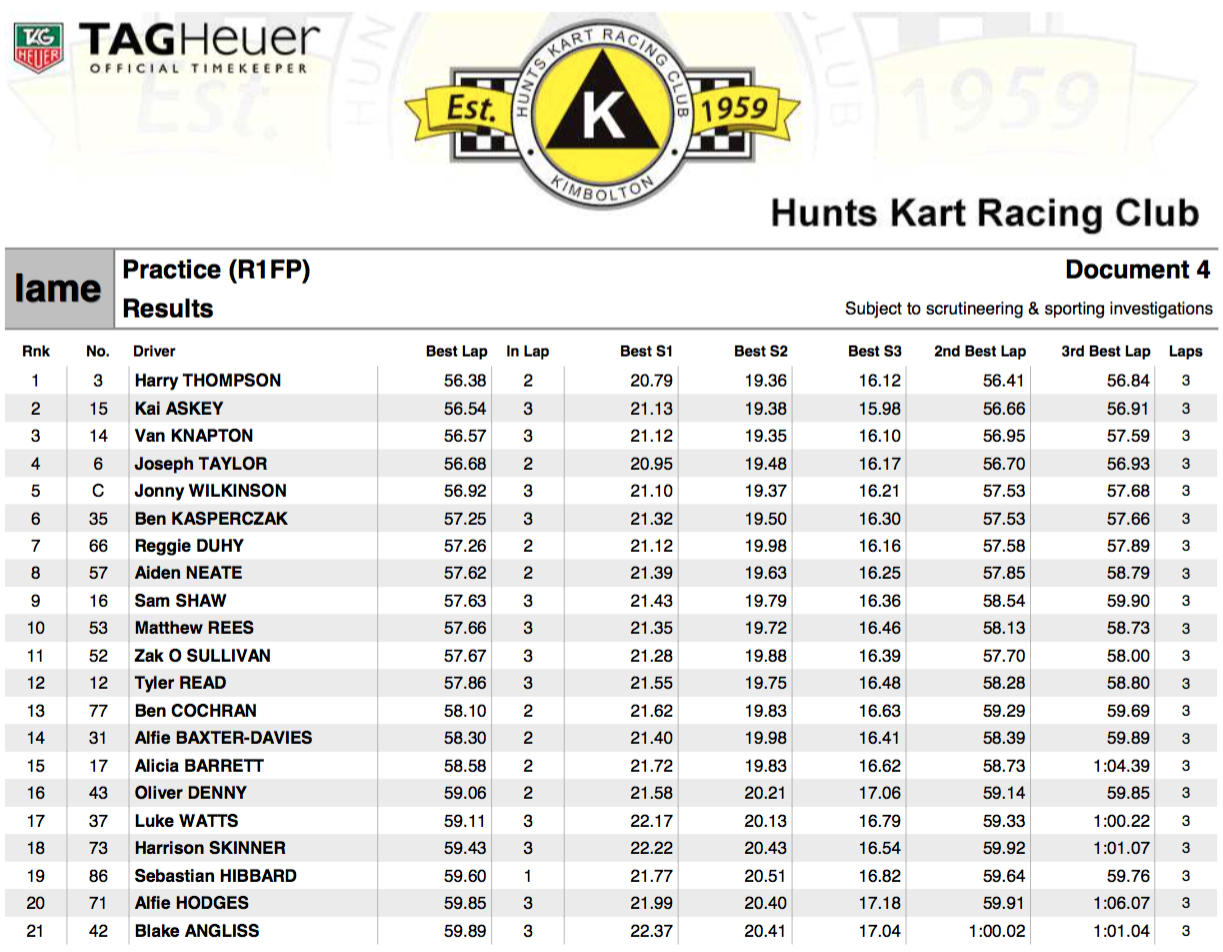 The heat races were started in random order, Kai in second would be on the front row for the first heat and second last for the second heat.  Heat one didn’t go according to plan, he started in 2nd but was soon swamped by the hard charging pack behind finishing (disappointed) eighth.  Kai started heat two determined to climb as high as he could through the pack (despite starting at the back).  And he did exactly that, making up no less than twelve places (more than anyone else in the race) and finishing 7th. 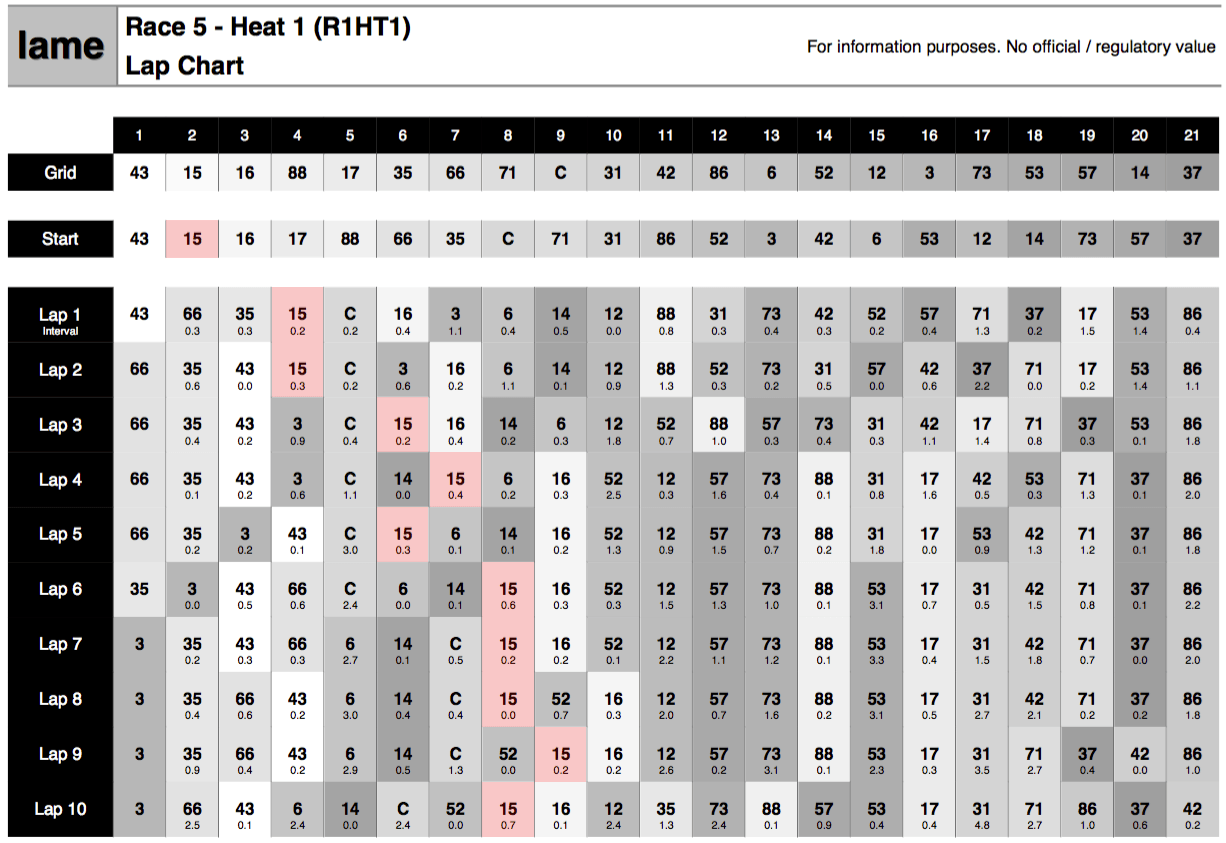 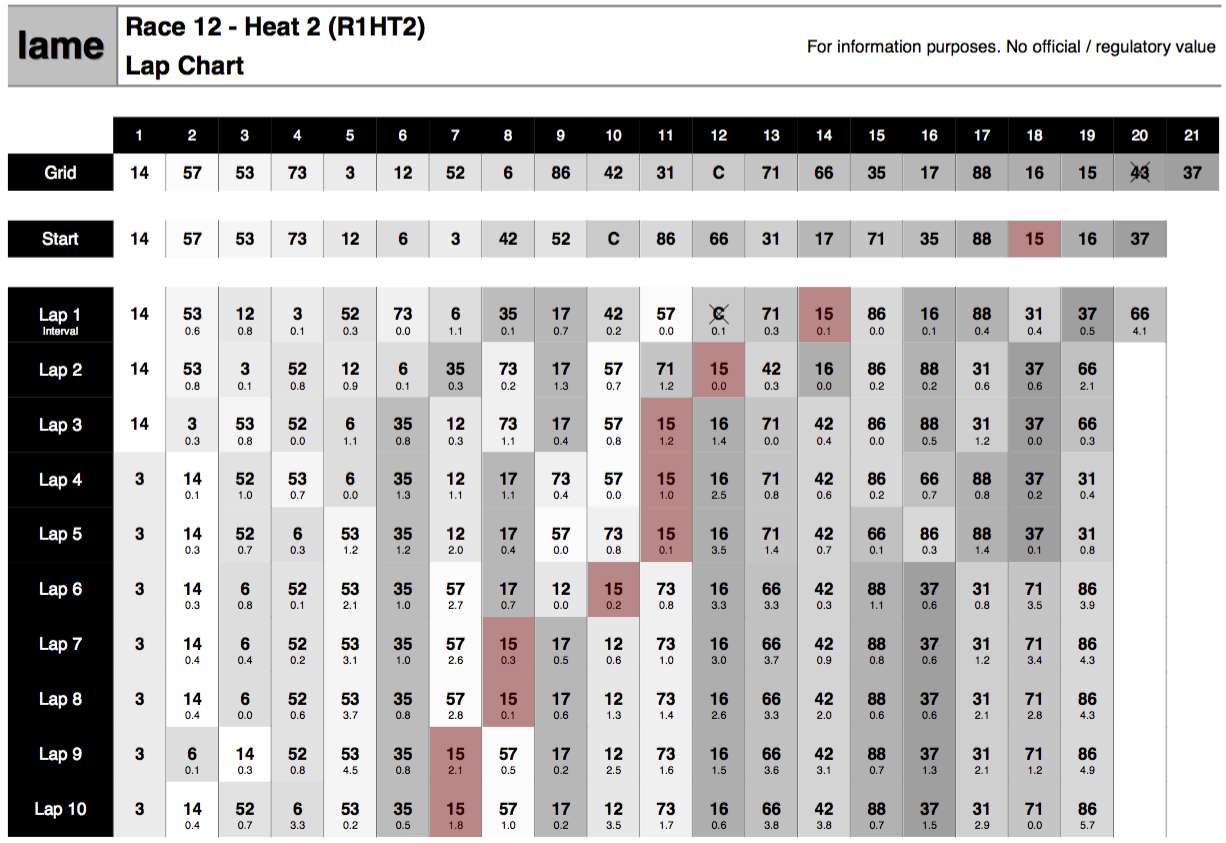 The grid position for the final is decided by points from the heats, this put Kai in 6th.  Kai made a very good start immediately jumping up to 3rd at the first corner and held this position until the race was red-flagged (stopped) on the fifth lap due to an accident involving one of his team mates (Van Knapton).  The race was aborted and re-scheduled for around half an hour later (Van was taken away for check-ups but was fine).  After the restart Kai worked his way up to 3rd on lap five but after being hit during an overtake on the last corner he lost four places to 7th.  He fought hard for the rest of the race, up to 5th at one point but eventually finished 6th.  It was a good race, great experience against a tough field with a lot of fighting and great pace from Kai (second fastest in the final). 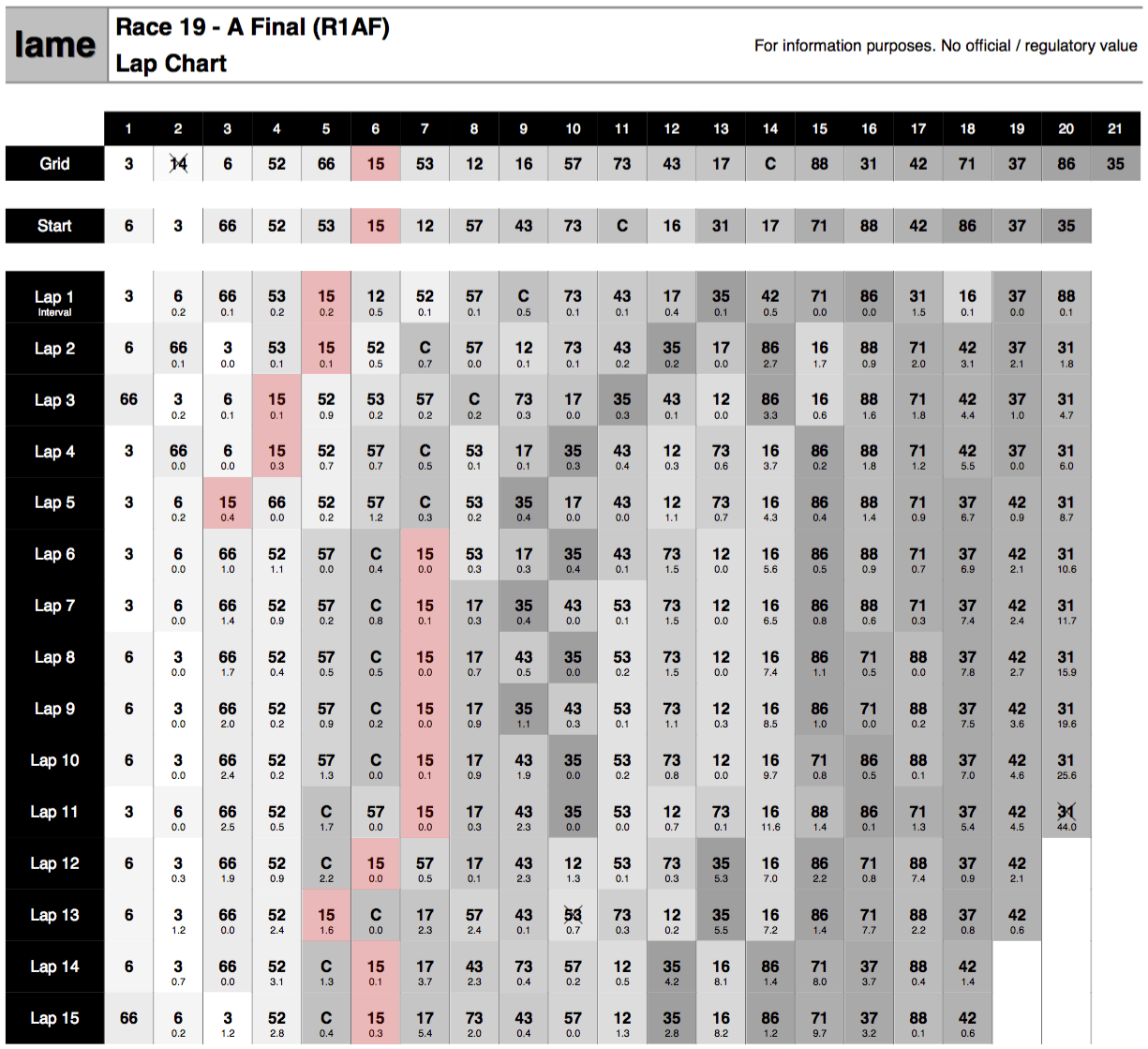