Each year before the start of the Super One British Championship is the single round ABkC National Open Championship or ‘O Plate’, the winner in of each category is allowed to use the prestigious ‘O’ number plate on their kart for the rest of the year.  It also acts as an effective shake down for the teams, drivers and officials before Super One.  This year the O Plate was held at the fantastic Rowrah Karting Circuit the weekend before Round One of the British Championship.

It would be Kai’s second time racing at Rowrah, having taken part in the CKRC Club Championship Round 1 there a few weeks before (where he finished 7th).    The format for the weekend was four practice sessions and qualifying on Saturday followed by two heats, a pre-final and final on Sunday.  The weather on Saturday was quite changeable, in all but the last practice session Kai was in the top 10 lap times (his best was 6th fastest) so he went into qualifying feeling quite confident.

It had rained briefly about an hour earlier but the track had a very clear dry line so the team chose to put some drivers on dry tyres (slicks) and some on wets.  As things turned out the track wasn’t dry (or warm) enough to make the slicks work properly and the grid was clearly separated into two groups (timing wise), those on wets and those on slicks, despite driving well Kai qualified 20th facing an uphill battle the next day.

Despite having to start 20th on the grid Kai fought back in each of the two heats finishing 12th in the first and 11th in the second.  Combined points from the heats put Kai 14th on the grid for the pre-final, a tough start and a battle in the mid-pack saw him finish a place down in 15th, his grid position for the final. 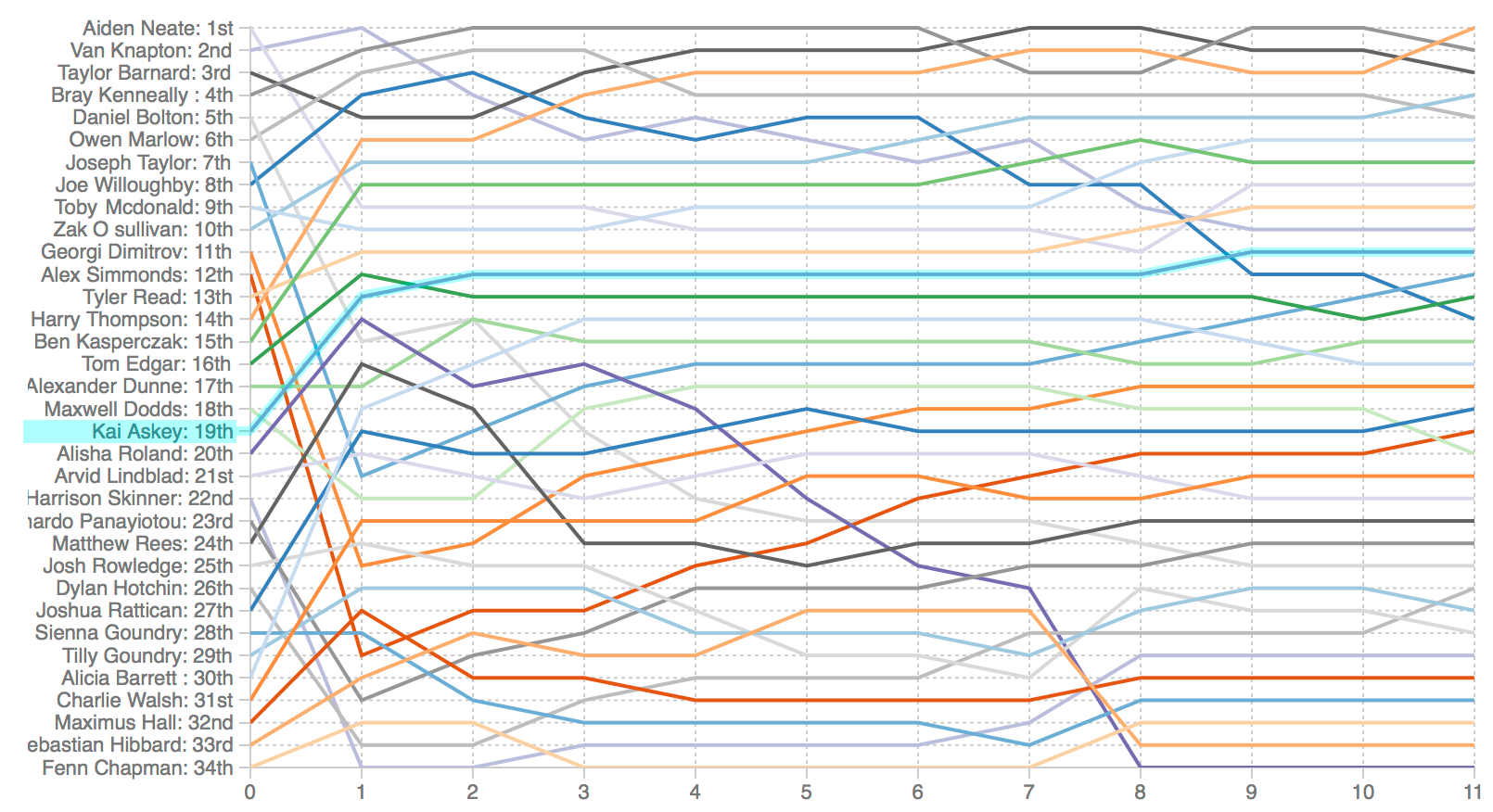 Kai had a rough start to the final, two aborted starts and a very slow formation caused Kai’s engine to “oil up” and he couldn’t get any power down at the start where he dropped to 17th, everyone got through the first corner but there was a pile-up at the second corner (first hairpin) which caught up a lot of the field, Kai managed to find a way through but not without losing more places.  A good fightback saw him climb back to 12th only to lose one place just before the finish to cross the line in 13th place.  Overall it was a great result against a strong field of Super One drivers and great preparation for Super One Round One at Rowrah the next weekend.