The weekend of Little Green Man (LGM) Round 2 at Kimbolton was unseasonably warm with temperatures hitting 25 degrees celsius (and at least 5 degrees hotter inside the team tent!)  This weekend was saw both LGM and NKF series participating at Kimbolton, some 200 drivers in total, 46 in the IAME Cadet category.

Saturday practice went well with no fewer than six practice sessions Kai showed good pace and was feeling confident for race day.  With 46 drivers participating there would be five heats with each driver taking part in three.  Kai was drawn in heat one, three and four starting 7th, 22nd and 12th respectively.  Kai did well in all three heats making up one place in heat one to finish 6th, eleven places in heat two to finish 11th and six places in heat three to finish 6th.  These results combined were good enough for 9th on the grid for the final. 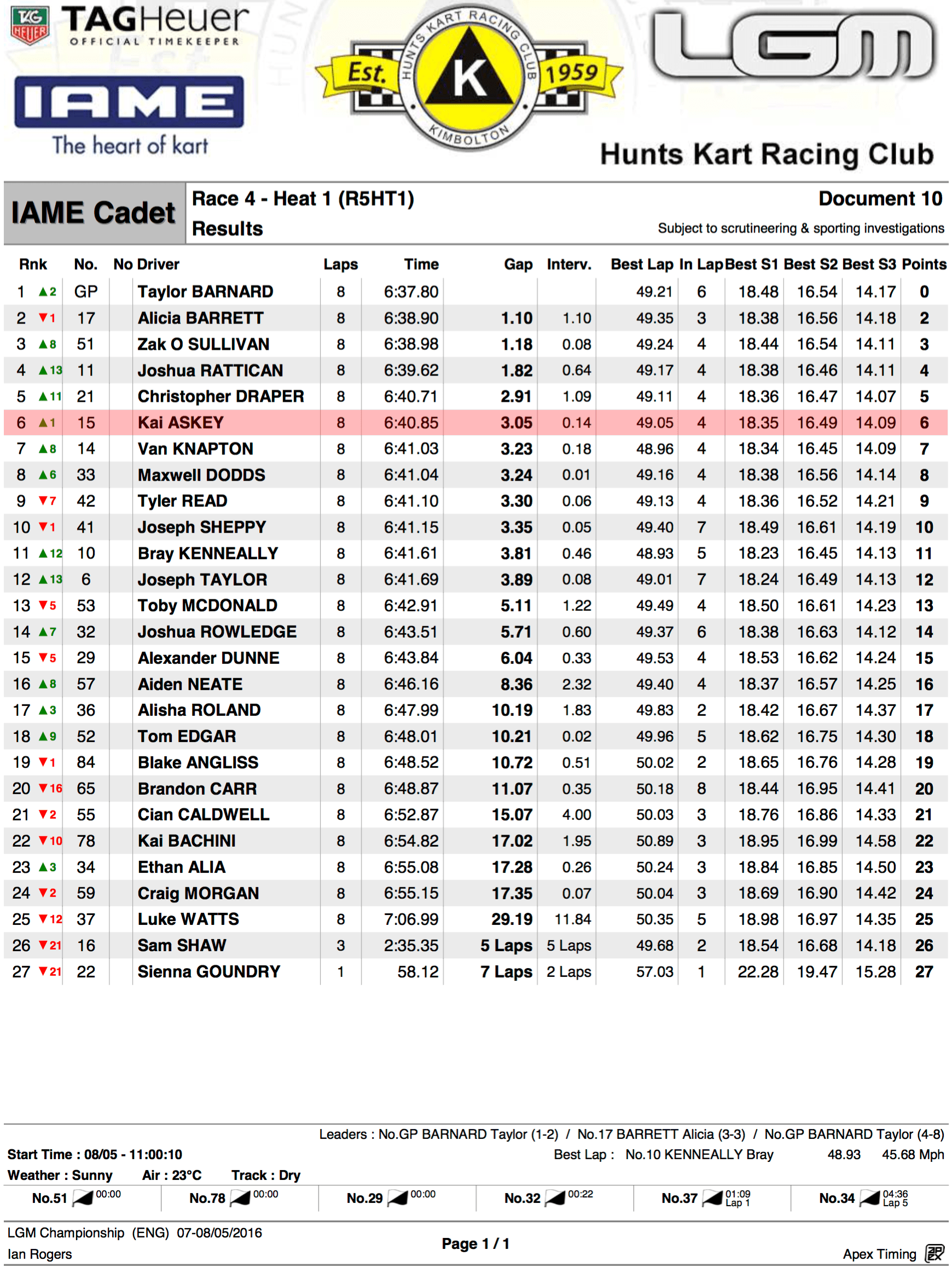 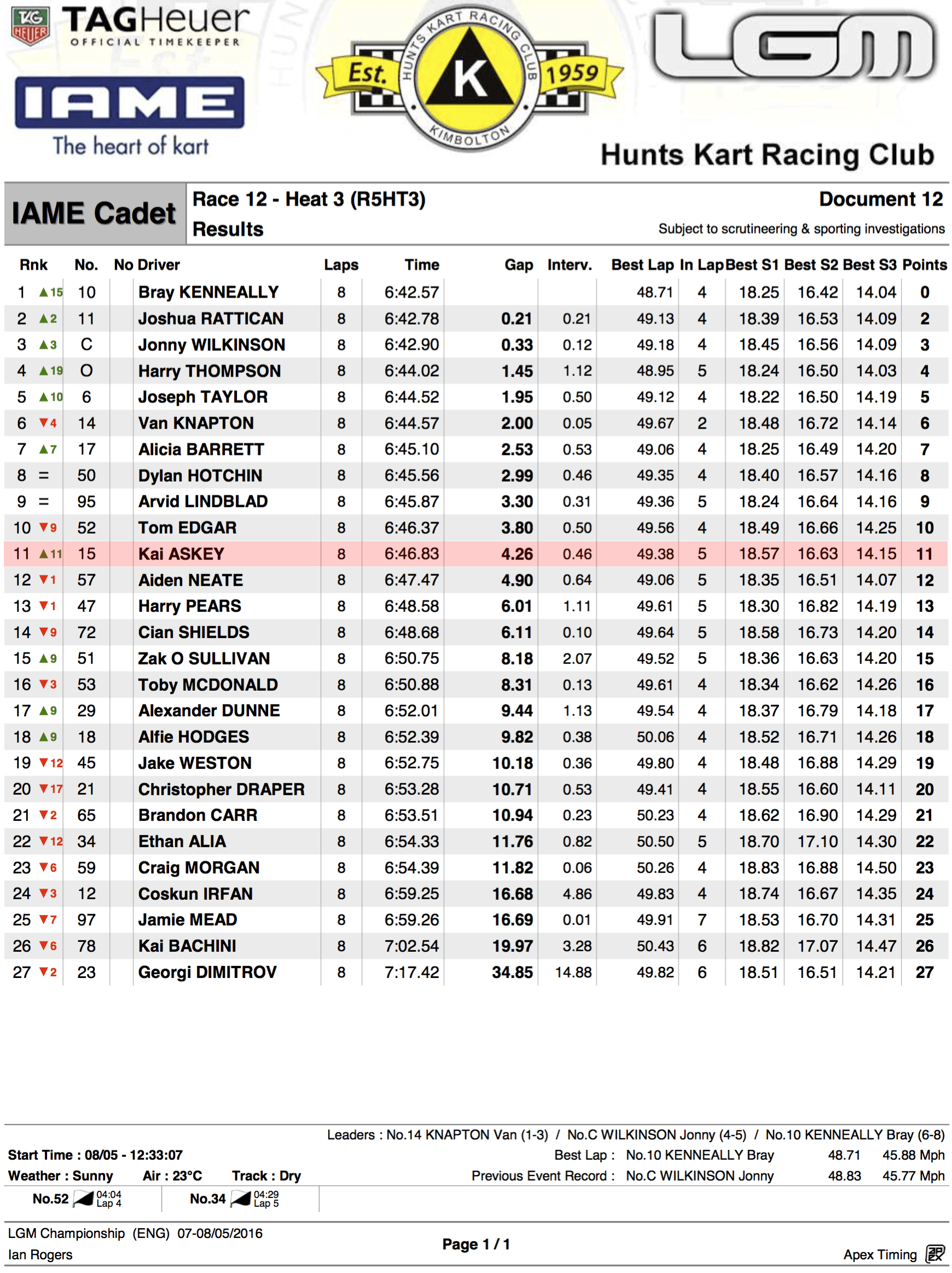 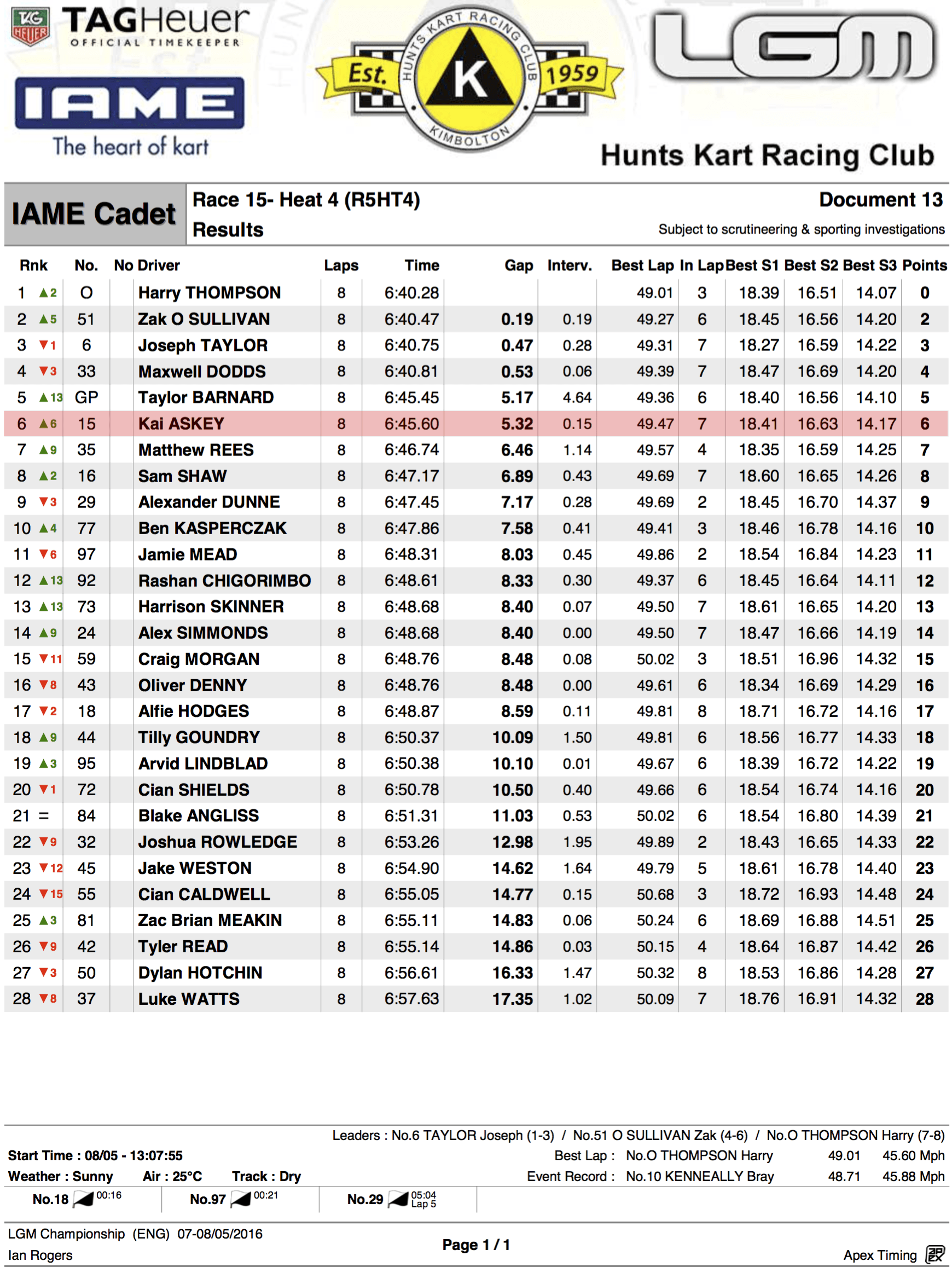 Kai made a good start in the final moving up a place on the first lap but soon more experienced drivers who didn’t have such good grid positions started to push to the front, Kai battled hard as he and his team mate Maxwell Dodds worked back towards the front and finished 8th and 9th respectively.  Because of a penalty applied to the second placed driver everyone above 17th place was bumped up one place so Kai’s final position was 8th, the 85 points earned mean that he is now 8th in the LGM championship (so far, pretty good for a rookie).  As usual thanks to Fusion Motorsport, Joe, Dan and Neil. 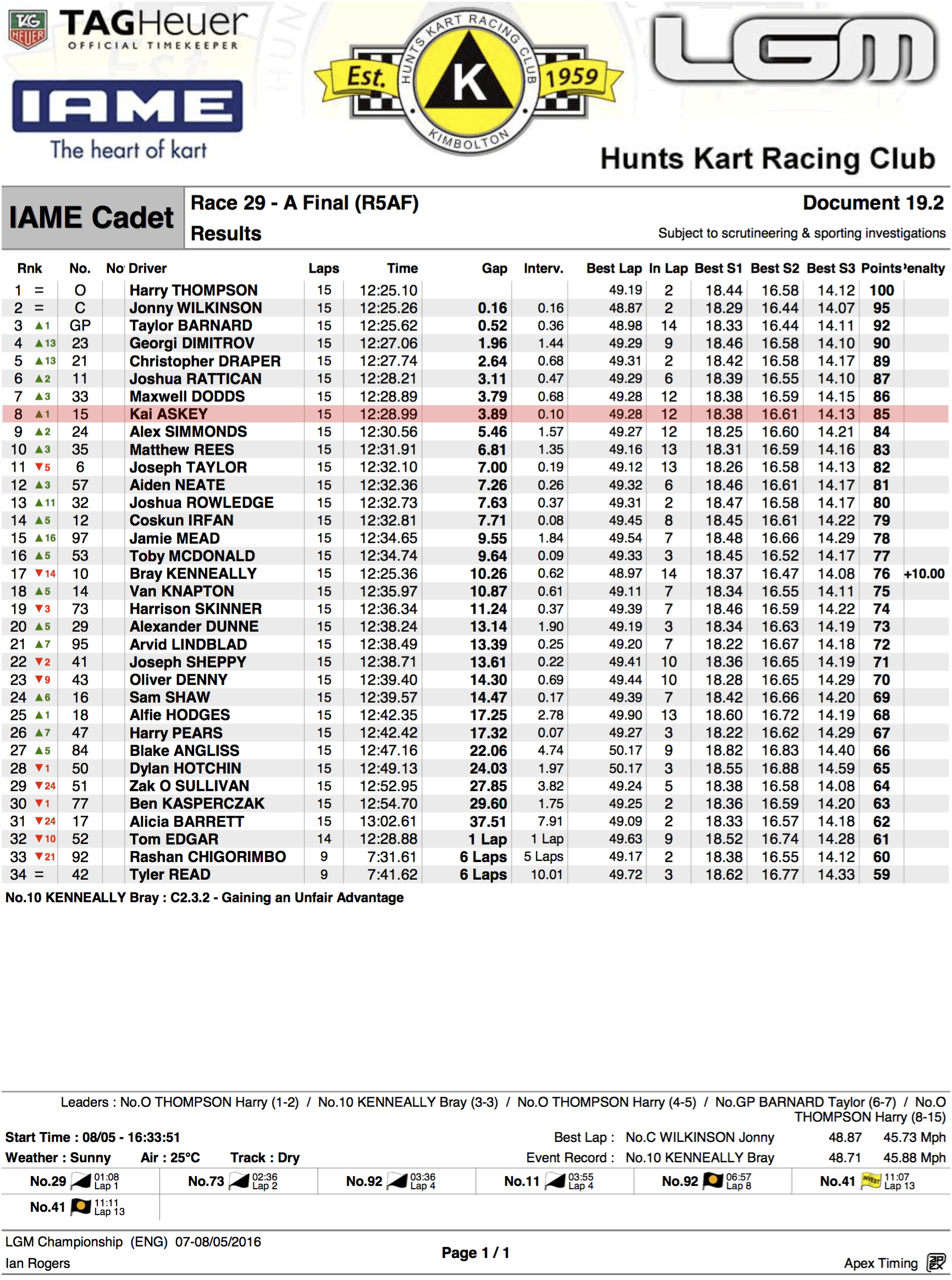 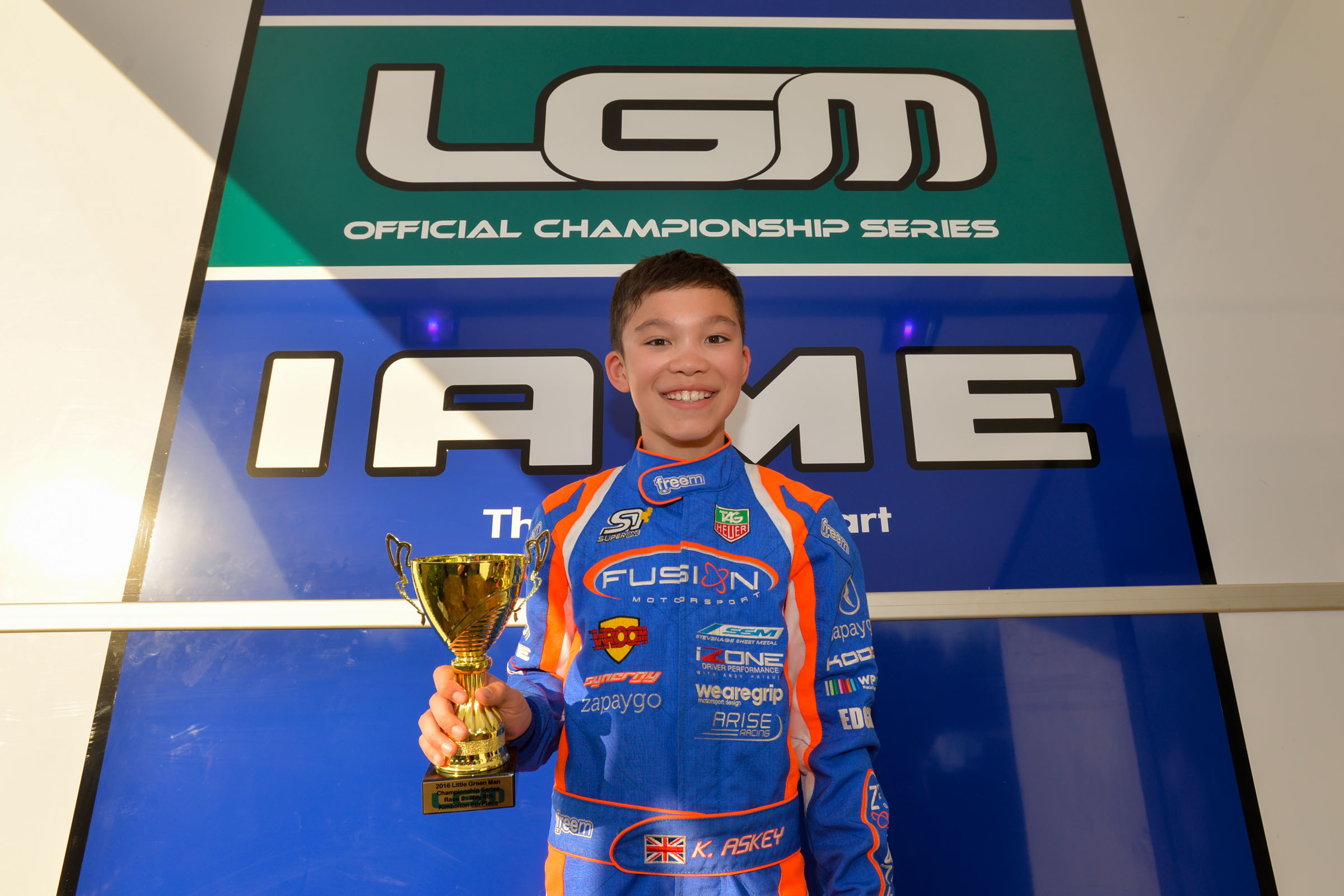