In mid-June under warm sunny skies the LGM Mini X (X30 Mini) tour moved on to the Hunts Kart Racing Club (Kimbolton) in Cambridgeshire.  Despite not being Kai’s favourite track he still posted the third fastest time in practice on the Saturday morning. The usual LGM random grid format was adopted for the three heat races.  Kai finished 6th from 13th in the first heat, 13th from 22nd in the second heat and 2nd from 1st in the final heat.

These heat results combined to place Kai 4th on the grid for the final.  After a good start Kai moved up to third and then got involved in a drawn-out battle for 2nd and 3rd place with Dominic Bush while Joseph Taylor ran away with the win. Kai eventually crossed the line in third missing out on the fastest lap by less than  1/10th of a second.  More valuable points in the bag for Kai heading towards the next round in Scotland (Larkhall). 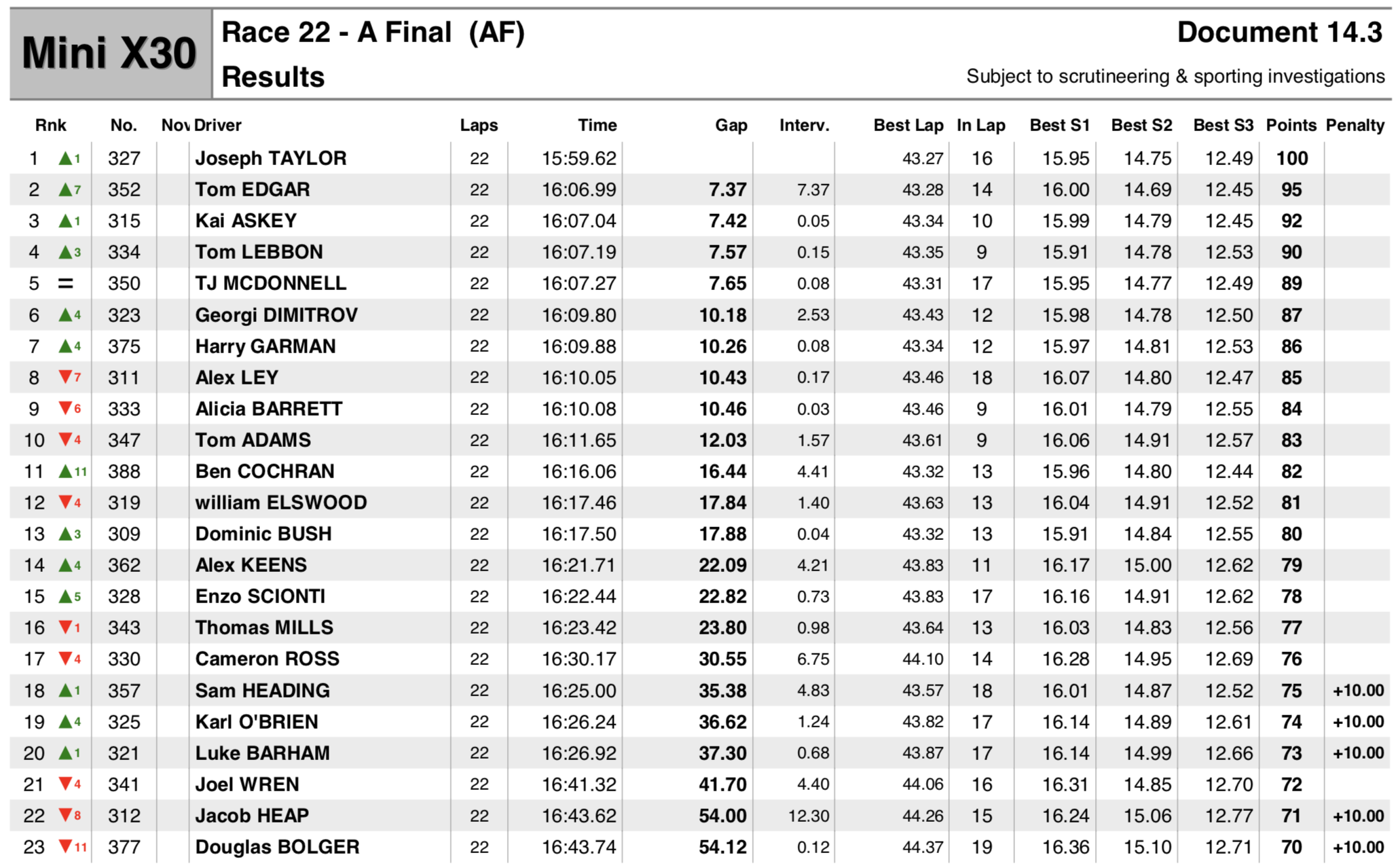