Home of the West of Scotland Kart Club the Larkhall Karting Circuit was fourth on the LGM Tour calendar.  The  short, tight track is notorious for its changeable (but often just wet) weather.  This mid-July weekend started wet but thankfully by the morning of race day things were looking considerably brighter.  Unusually LGM had adopted a qualifying and two heats format for this round, typically they use three random grid heats to decide the final race grid.  Kai posted the second fastest time in qualifying (with just 2/100th of a second between 2nd to 4th places) for a guaranteed second place start for both heats. 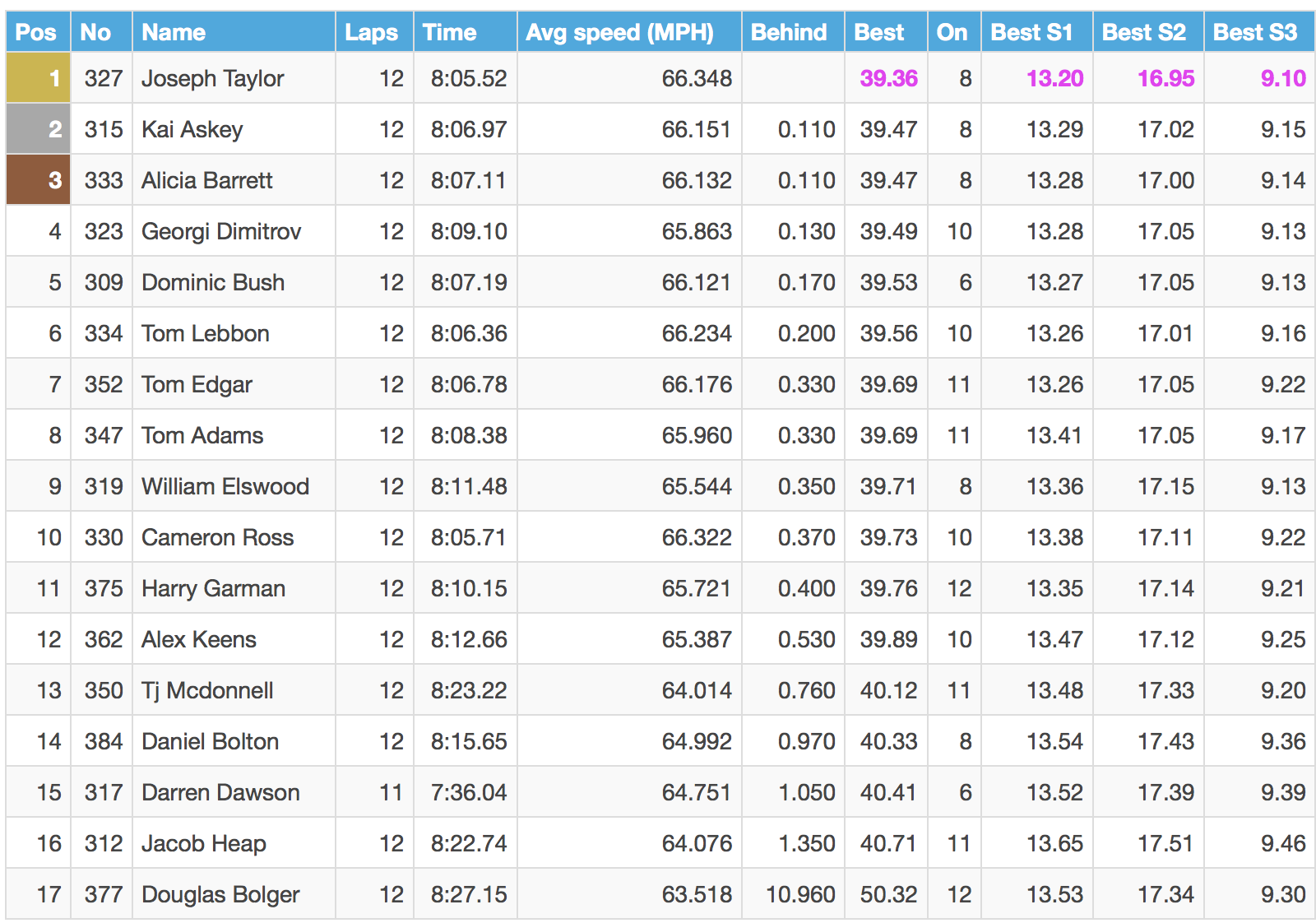 Unfortunately for Kai the rest of the day would not go his way.  In the first heat he was running in third place when another decided to “brake check” him into a hairpin corner causing Kai to hit him and dropping Kai’s nosecone (a 10 second penalty).  In the second heat Kai finished 5th.  The combined points from the heats placed him 9th for the final, sadly he had a coming together with another driver on the first corner and spun out ultimately finishing 15th, his worst result of the year and certainly his “drop round” for LGM.