In early July PF International played host to the fourth round of the Trent Valley Kart Club summer championship.  As expected Kai and his team mate Georgi Dimitrov were immediately on the pace, fastest in practice with just under 1/10th of a second between them.  In qualifying however the difference to the rest of the field was much less with Kai qualifying 4th and Georgi falling foul of a tyre pressure issue qualifying last.

The two heats couldn’t have gone differently for Kai.  In the first he was quickly up into the lead where he stayed until the finish.  The second heat did not start well, Kai hit off at the start rejoined last, drove hard to make up 7 places over 5 laps to finish 9th.

Combined points from the two heats put Kai 4th on the grid for the final. At the start the second column slipped back putting Kai 6th on the first lap, he made up five places over the next three laps to take the lead on lap five, however a battle took place between him, Georgi and Dominic Bush which saw Kai drop back to third and eventually fifth.  A penalty applied after the race saw Kai promoted to 4th.  Another tough battle at PFI. 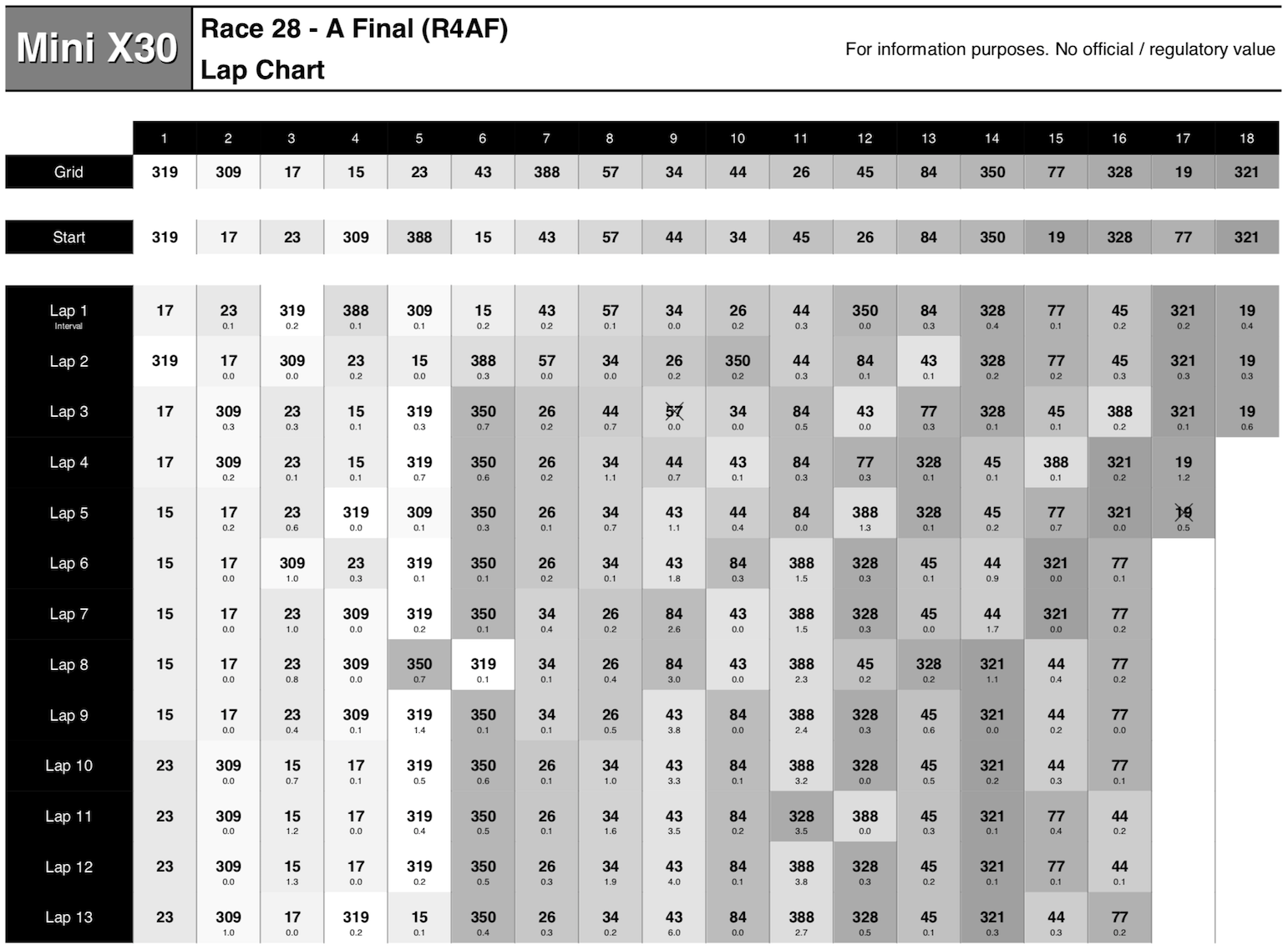