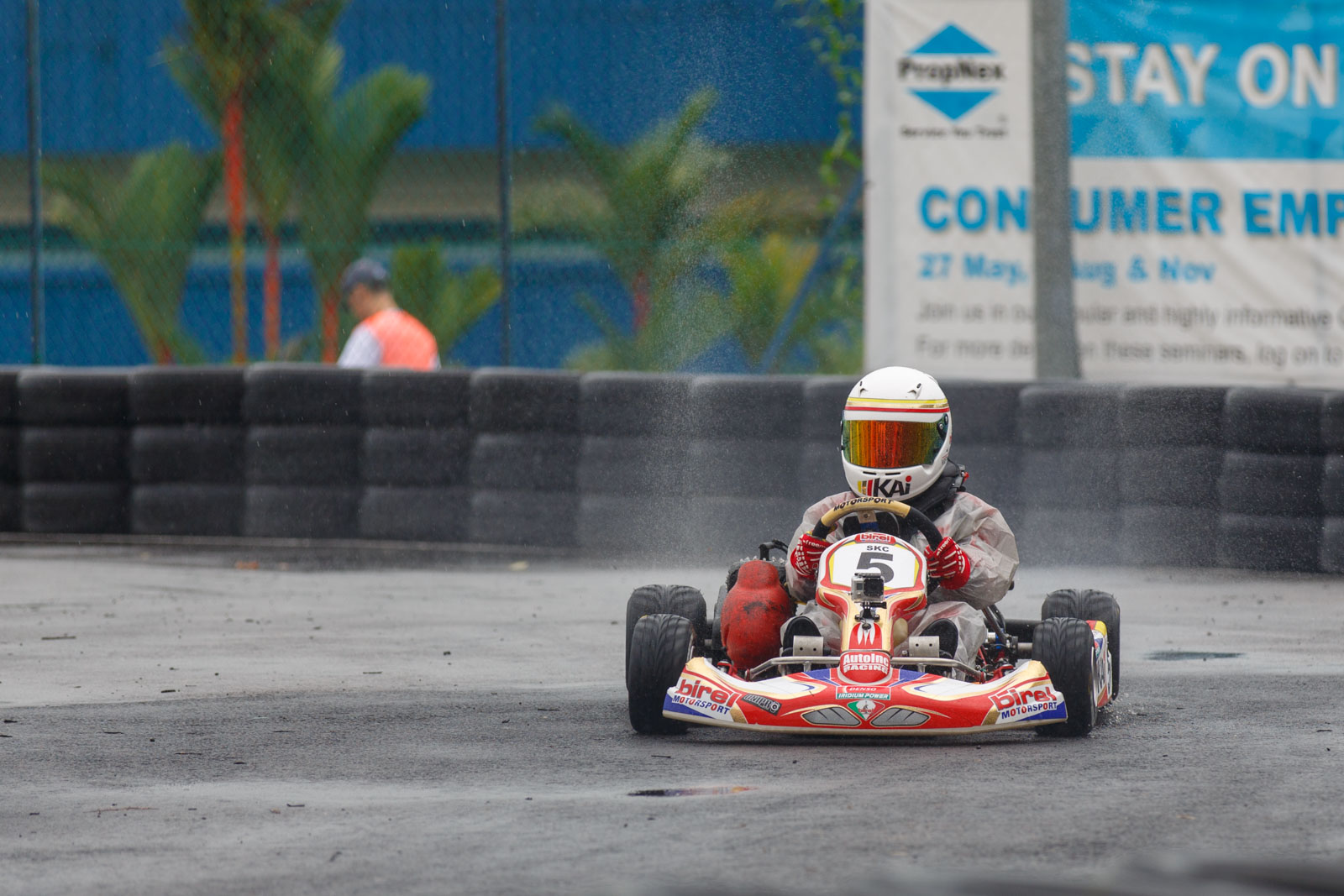 Qualifying began in the wet and Kai struggled to get the true performance out of his kart and wet tyres (as he had in round one) ending up 8th on the grid.  In the heat race he managed to move up two places, finishing 6th.  In the pre-final Kai dropped a position and finished 7th.  The final began with some degree of controversy as a penalty handed out to another competitor in the pre-final wasn’t acted upon by the stewards arranging the grid and so that driver started at the front of the grid instead of the back.  Kai managed to regain one position in the final and finished 6th, just missing out on a podium place and a trophy.