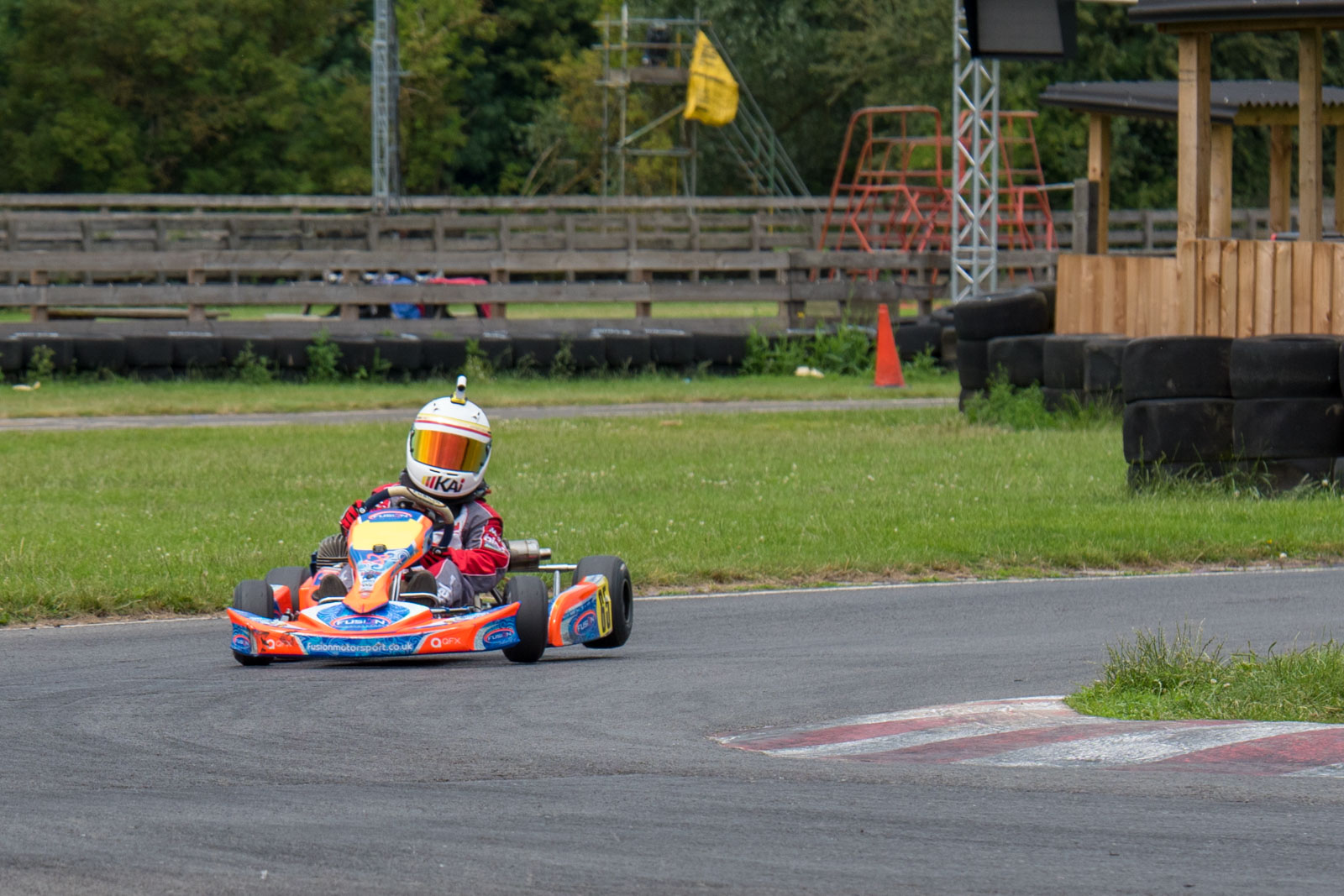 Kai spent four days in the summer of 2014 with Fusion Motorsport at Whilton Mill Karting Circuit.  It would be the first time Kai had driven in the UK, with the shorter  900 mm chassis and with an IAME engine.  Kai quickly took to the new chassis and track, on his first day he drove 115 laps with a fastest lap of the day of 53.6 sec.  He also had a surprise visit from fellow Singapore cadet driver Alex Brown (and family) as well as our friends Mark and Kiera (who races X30 in the UK).

The next days delivered marked improvement as well as valuable experience driving with other UK cadets, several of whom have achieved multiple wins and considerable championship success in Super One (notably Jonny Edgar).  Kai improved to his fastest lap time of 52.9 sec (repeatedly, just 0.6 sec off the track lap record).

Dan Hazlewood and the team from Fusion Motorsport (hat-tip Neil and Joe) provided Kai with invaluable coaching and advice, he learned a huge amount in a short amount of time and demonstrated his ability to quickly learn new tracks and karts.  The team themselves are massively professional and committed to their drivers and it’s hardly surprising they get the results they do.  He looks forward to driving more in the UK and taking part in some races.