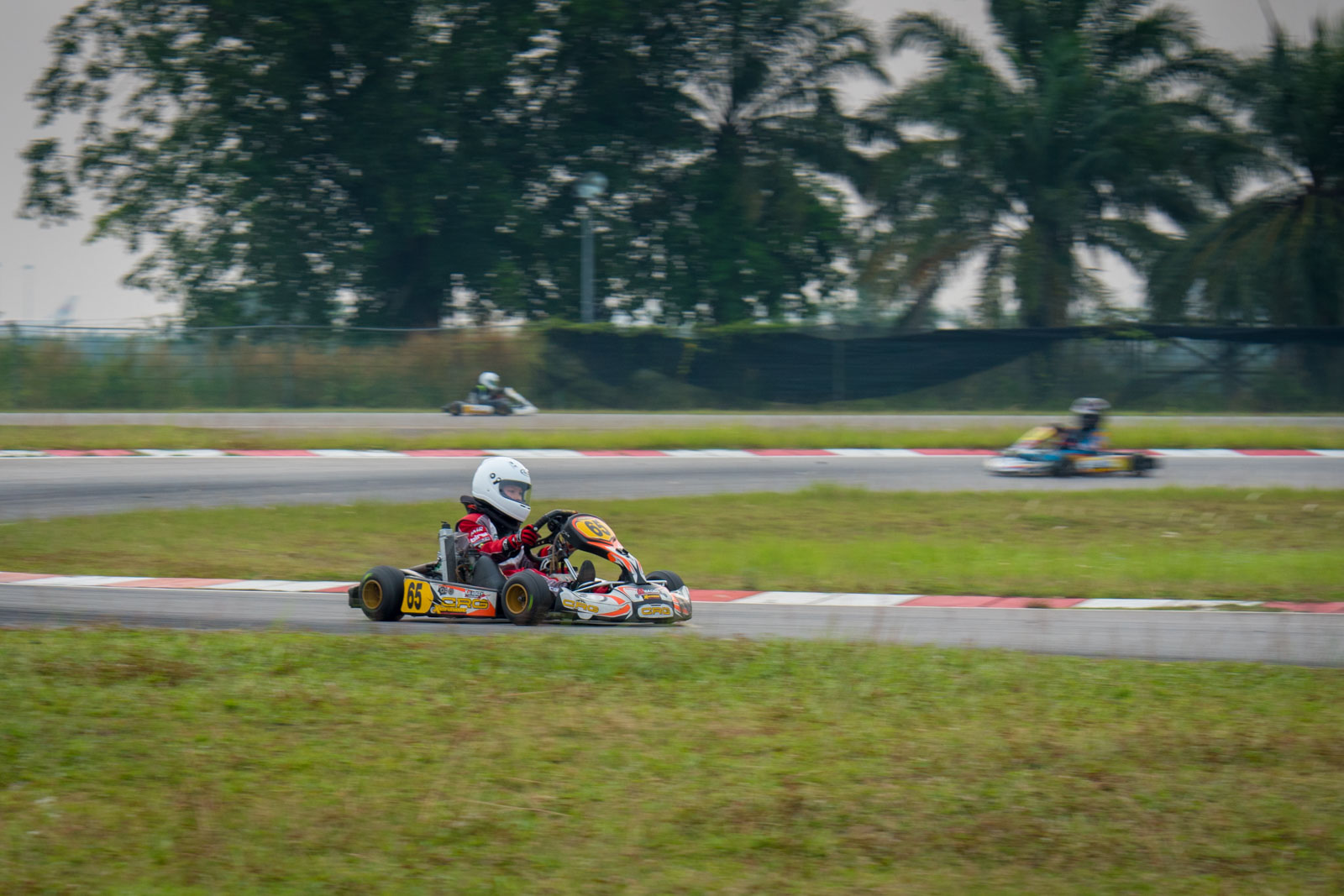 In preparation for a full season of the Rotax Max Asia Challenge (RMC) in 2015 in Malaysia we thought it prudent for Kai to gain some experience by racing in the last round of RMC 2014.  After evaluating all available teams we settled with the excellent I.S Racing, they have an excellent winning track record, professional approach and great coaching and mentoring from team principal Imran Shaharom.

Kai visited Sepang Karting Circuit for two weekends before the race in order to prepare with the team, the new kart and track.  This would be Kai’s first race at Sepang, first RMC race, first international race, first with his new team and he would be the only rookie cadet in the race.  RMC is a major event with typically over 100 karts over the four categories (cadet, junior, senior and DD2).

During the preceding days testing by all karts a build-up of rubber on the track and the very high standard attained by all entrants Kai only managed to qualify 18th out of 22.  In heat one he fought hard to gain back as many positions as possible, finishing 11th, in heat two he finished 15th.  The average of these positions (taking into account other drivers) meant he would start the pre-final in 15th position.

In the pre-final Kai made up two places only to lose them again before the end of the race and finished in the same position he had started.  The pressure was on to do well in the Final.  Kai got a great start to the Final, making up several places in the first corner and then continued to overtake and move up finishing in 9th place.

As a rookie in his first international race he (and we) were very pleased with his “top 10” finish.  He learned a great deal from his team and coaching from Imran.