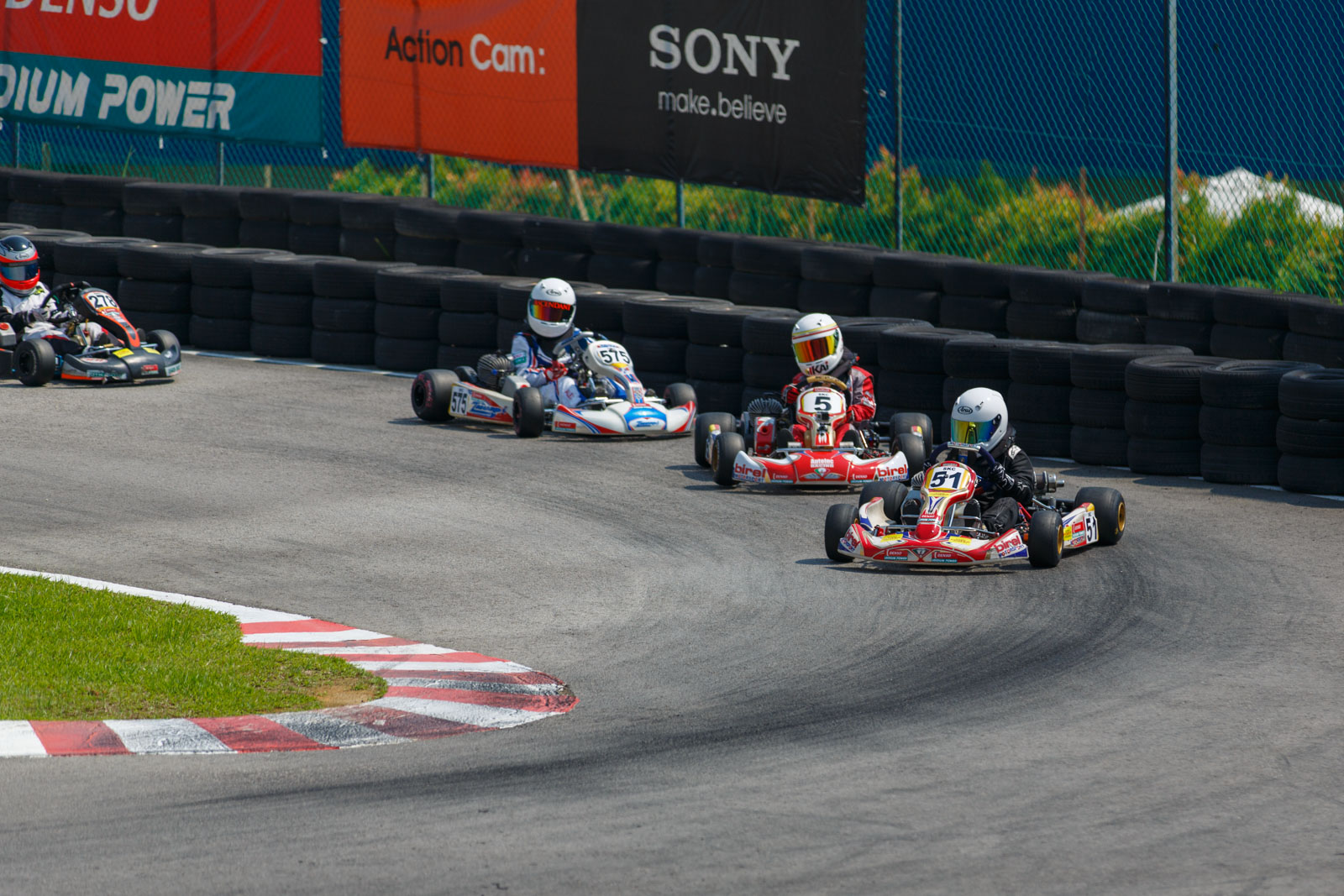 Invigorated by his ninth place in his first ever international race (RMC Round Six at Sepang Karting Circuit) just two weeks earlier Kai was ready for a strong showing at the fourth round of SKC.  Things started well with Kai qualifying in third place just 1/100th of a second off second place Ryan Chapman and under 2/10ths off pole.

However technical issues with the track timing systems caused a long delay in the middle of the day and once these were resolved the stewards decided to cancel the heat race and move straight to the pre-final.  Kai started the pre-final in third place, dropped to fourth on the second lap but then an “airborne” (one kart over the other) caused the race to be red-flagged on lap seven.  This also meant that all competitors only earned half-points for the pre-final (on top of the lack of points from the cancelled heat).

The final went ahead at 2 pm, from his fourth place Kai immediately overtook two karts at the start to move up into second where he remained (battling to overtake but being defended against well by first place Alex Kattoulas) until the penultimate lap where he was passed by a kart which was eventually disqualified for a technical infringement.  Hence Kai took second place but fewer points than he needed to guarantee third place in the championship.