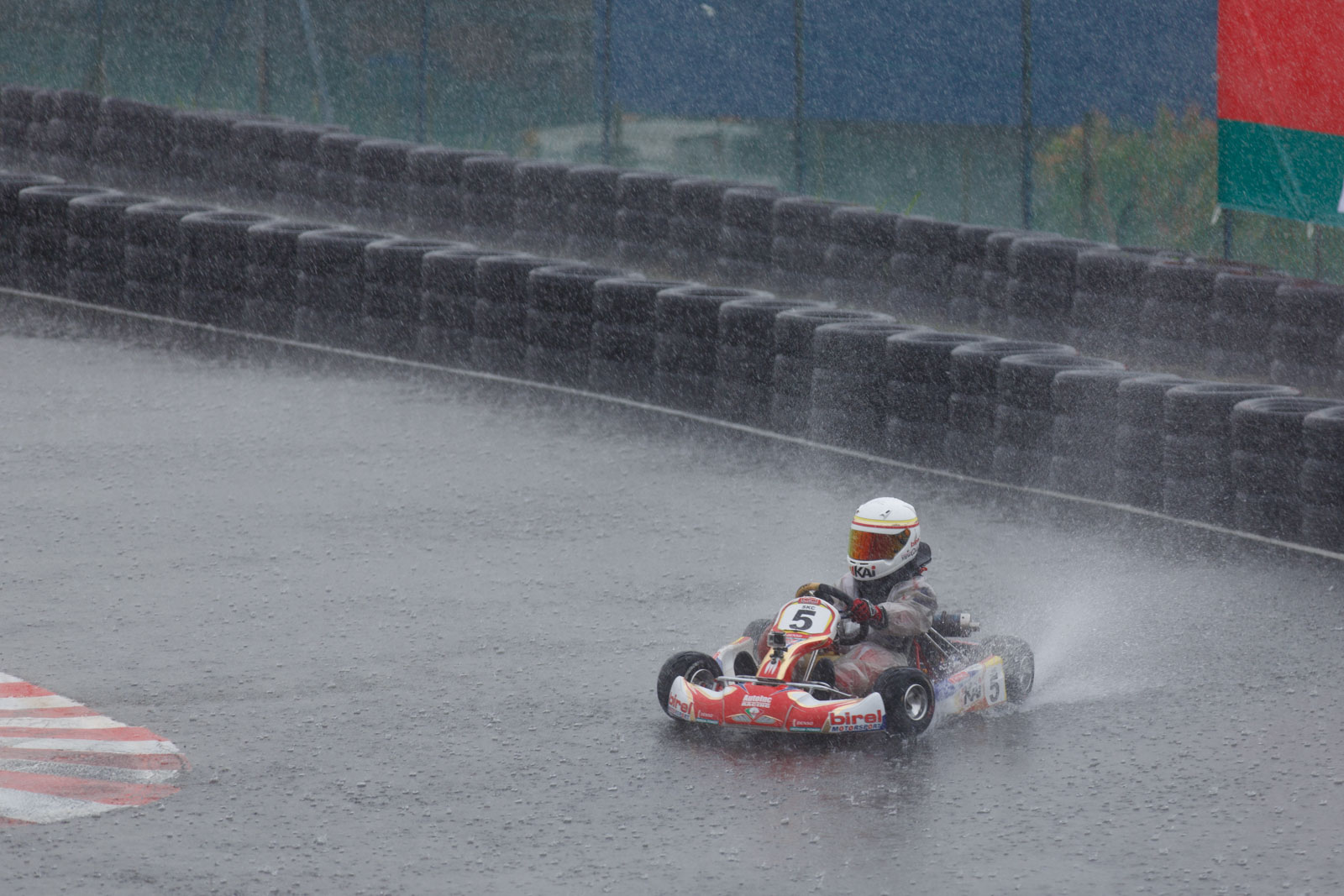 The race weekend started well, with Kai and the kart on great form, topping the times during Friday practice.  He also did well in the Saturday morning free practice, fifth fastest.  In qualifying, with all drivers and teams pushing hard for the last shot at some championship points, Kai managed sixth place with just under half a second covering the top six places.

The heat race however was where Kai’s fortunes took a turn, it was clear from the start that something was wrong with his kart, managing only lap times which were over a second slower than his qualifying pace (his last 3 laps of the heat were 38 second laps), he finished 9th.  After the race he complained of a lack of power and top speed from the engine, the team took the decision to swap his engine for his spare.

The Pre-Final began at 1.10pm under threatening skies (although dry at the start).  Kai managed to find some pace from his spare engine but was still a second off is qualifying time, then on lap 9 the heavens opened and heavy rain fell on the track (with all competitors still on slick tyres).  The race was abandoned two laps later after many competitors spun off the track.  Kai finished the pre-final in an official 7th place (he had made his way up to 5th in the wet but they took the position previous to the red-flagged lap).

The Final was started at 2.20pm in heavy rain, in hindsight it was too heavy to race but the CoC had decided the race would go ahead.  On the difficult to predict wet tyres Kai just managed to maintain his 7th until the race was stopped on lap 6 due to the growing intensity of the rain and a nasty accident on the main straight.

The second-half of the Final eventually got under way at 3.15pm but Kai continued to suffer from poor grip, lack of power and a general unhappiness with the kart setup he slipped from 7th to 9th place, a very forlorn Kai left the track bitterly disappointed and knowing that he had also lost his third place in the championship.