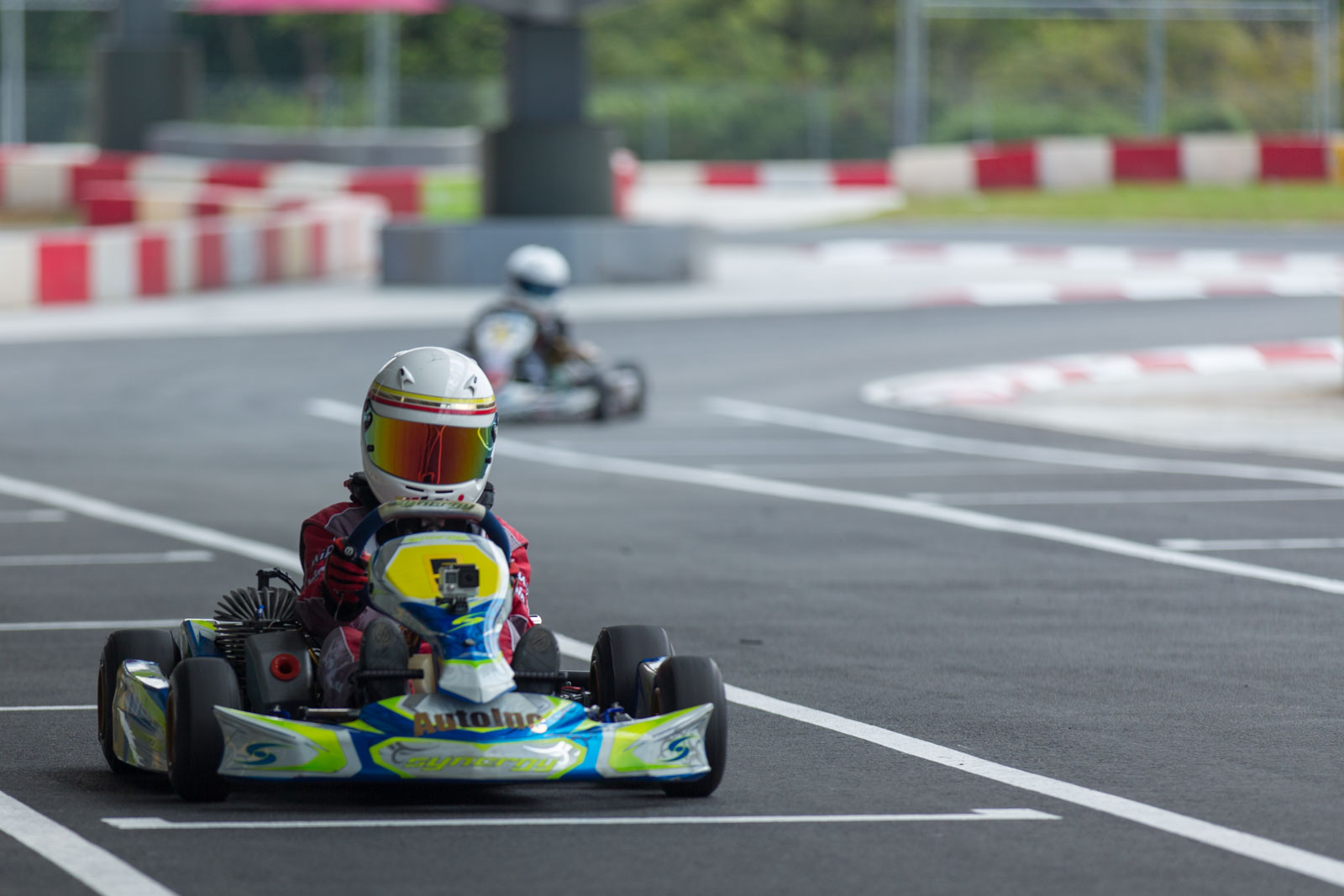 Rok Cup is a “engine draw” series, this means that on the Thursday before Friday practice each team draws random lots for the supply of the engine for each driver for that round.  Practice began on Friday 29th at 10 AM with Kai’s first run with the supplied engine, all seemed well at first but Kai did notice a gradual decrease in performance as each session went on.  After lunch it was clear that there was something seriously wrong with the engine, we made the decision to swap the engine (and inccur a penalty for doing so).  The replacement engine was installed with only three sessions remaining, most of the first session taken up with breaking in the engine, the next two sessions tuning but it we did now at least have a working engine.

After the drivers briefing the day kicked off at 12.45 pm with an eight minute practice session.  Qualifying took place at 1.50 pm, for the first time since Friday morning Kai felt confident in his kart, on the fourth lap he took the top spot with a 51.950 lap time, at the end of qualifying he was still on pole with his friend Alex Kattoulas in second place by just 7/1000th of a second (0.007). 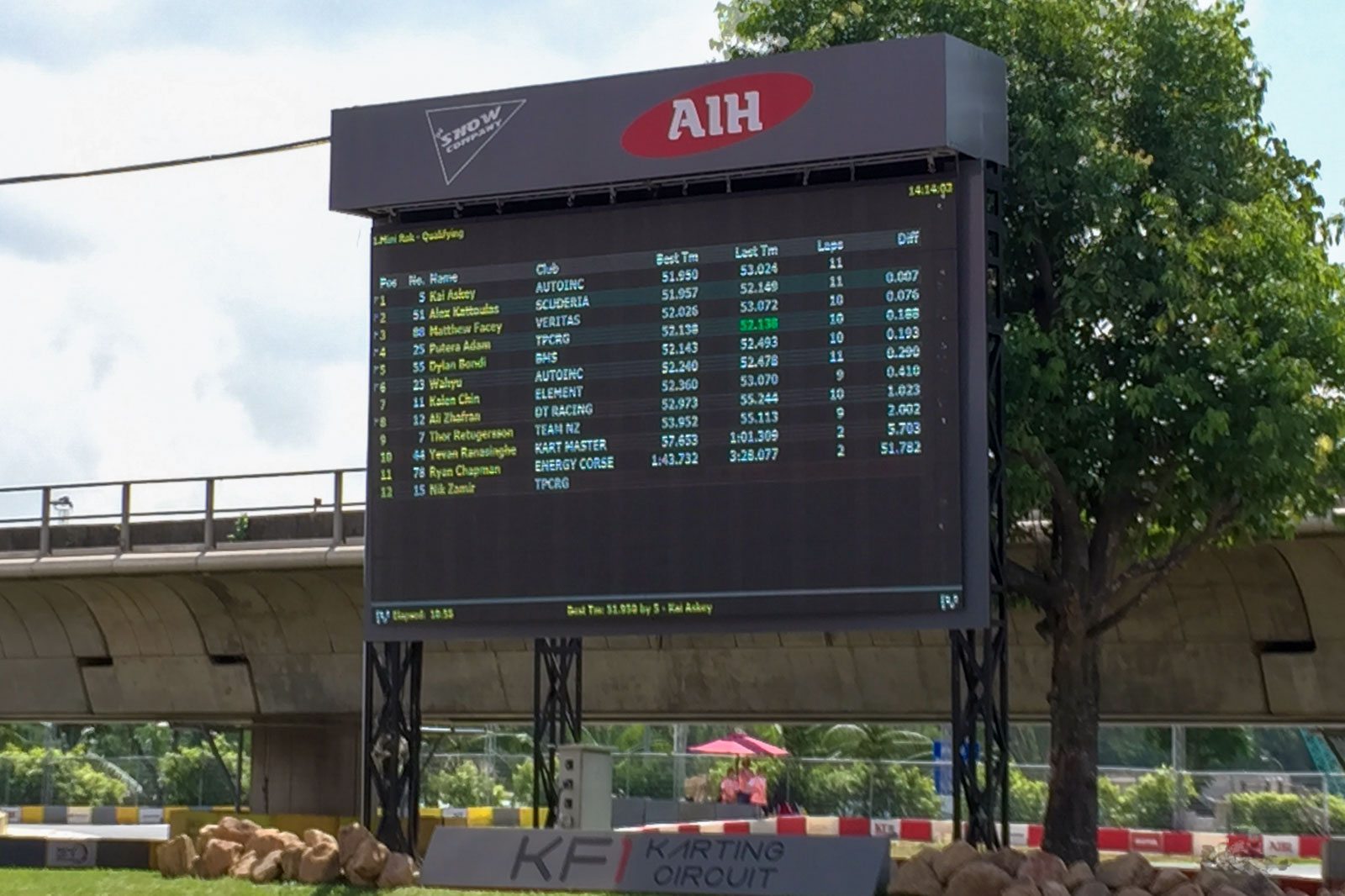 Shortly after qualifying finished it was clear that the final placed kart had issues with its transponder and had only recorded two times (consisting of multiple laps).  Around an hour passed while the stewards came to a decision, later the waiting drivers were then told that the original result, and grid would stand.  Due to the delay incurred the Mini Rok races were moved to the last slot in each race group.

At around 4.30 pm we went to the pit lane to prepare for the pre-final and were surprised to discover that the officials had  allowed a qualifying time for the aforementioned kart (calculated as the first recorded time divided by two).  This put Kai in second (on the “outside” for the formation and turn one) and the rest of the pack back one place.  When asked we were told by the CoC that these results had been published but that we had not protested.

At the start of the pre-final Kai battled through the first corner having to re-pass several karts who had tangled just inside him to be in third place for the first lap, later he was passed by his RMC team mate Putera Adam and finished the pre-final in fourth place.

The final started under KF1 floodlights just after 8 pm, Kai hesitated at the start as several karts were not in the tramlines before the green flag was shown, he slipped to sixth place at turn one, moved up to fourth before turn two but was t-boned by another kart and knocked off the track.  He had to restart his engine and rejoined at the back of the pack around 4 seconds off the next kart.  Over the next ten laps he caught the mid-pack karts and managed to move up to 8th where he finished.  A weekend of  hard lessons and good spirited driving.

(Kai started 2nd in Pre-final and 4th in Final)