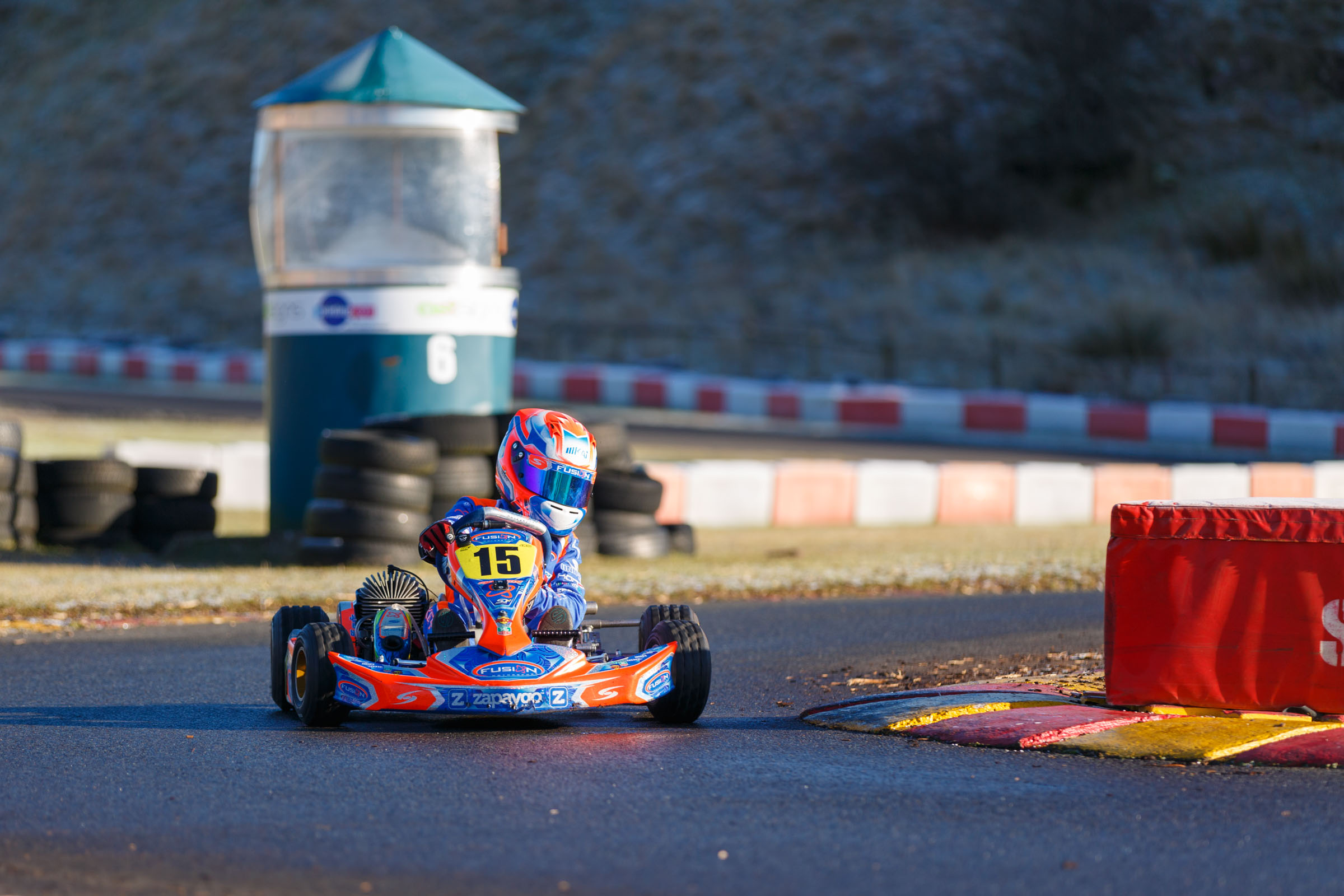 The Rowrah Kart Circuit is home to the Cumbria Kart Racing Club, located in the beautiful Lake District (Cumbria).  It was Kai’s first time at Rowrah, it was cold and slippery and he would only get about 50 minutes on the track on Saturday before the heat races on Sunday.  Below is a clip of one lap with Kai at Rowrah from Saturday practice.

Sunday started bright and cold, so cold in fact that several sections of the track were frozen.  After a sterling effort by the marshals and club members things got underway just an hour later.  Starting in random grid positions for each of the heat races Kai finished 9th in each; -1 place in the first heat, +2 places in the second heat and -5 places in the last heat which started with a sprinkle of snow.  Combined points from the heats put him 8th on the grid for the final.

After the start Kai managed to avoid an incident at the second hairpin but the main group pushed forward and sitting in 8th he was seven seconds off the leaders, charging hard on his own Kai managed to catch the pack (at about one second a lap) and almost took sixth from Jonny Wilkinson but eventually crossed the line in 7th place, a respectable result considering his lack of experience on the track.  In all very good experience for the upcoming “O” Plate and Super One races at Rowrah.  Thanks as always to Joe Boullen, Dan Hazlewood, Neil Doran and the rest of the Fusion Motorsport team. 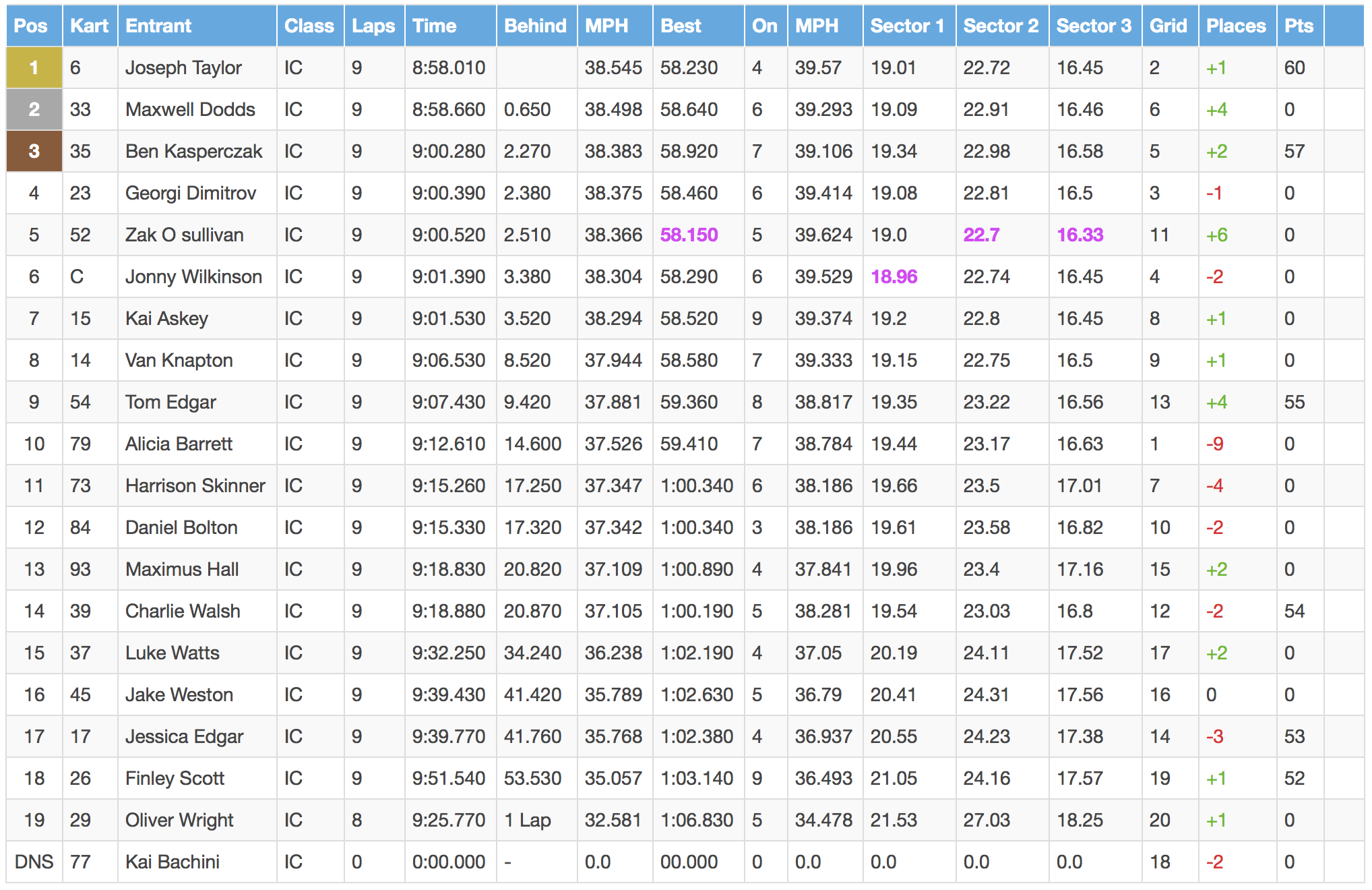