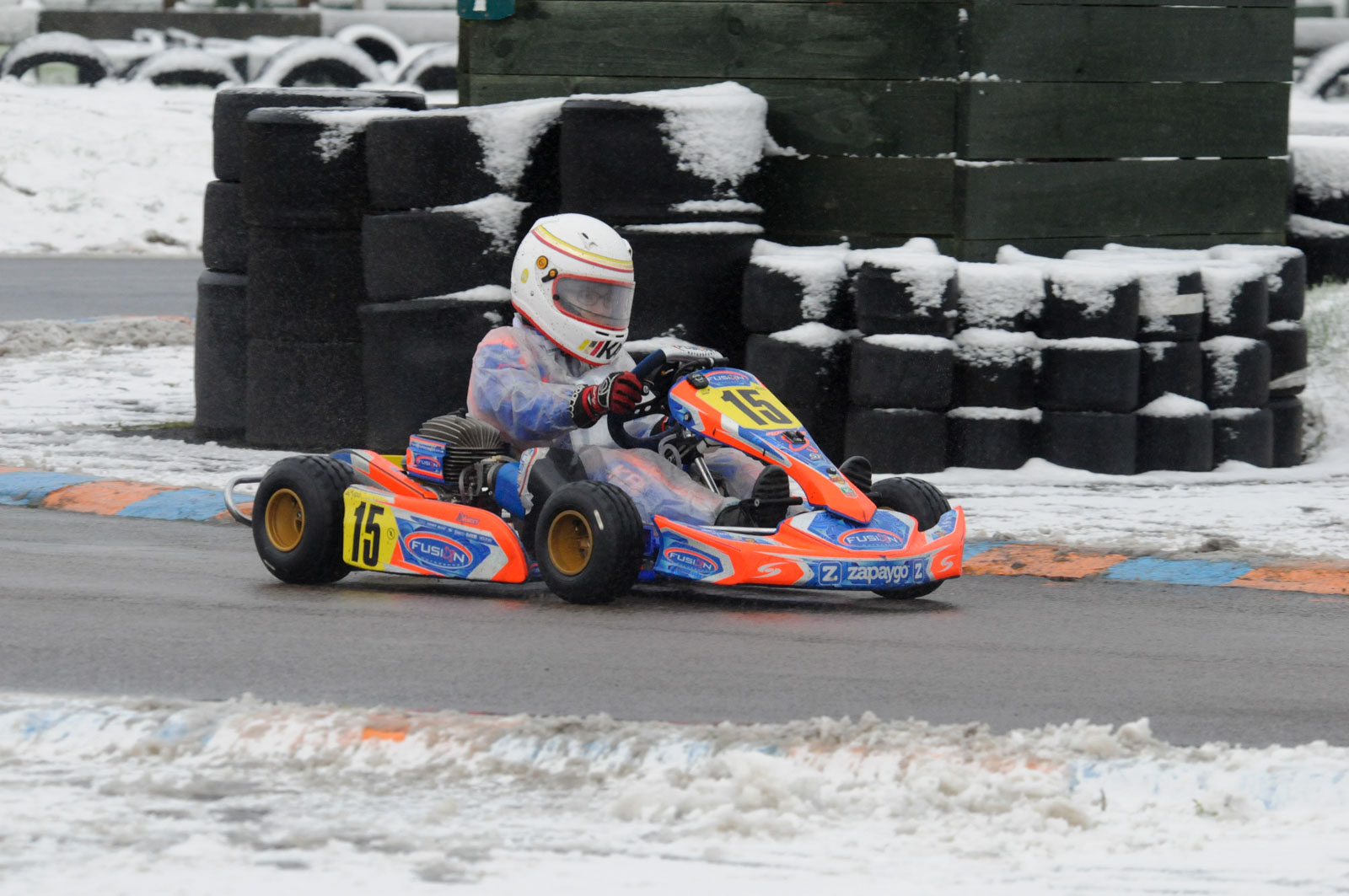 On a wintery day in January we attended the Shenington Kart Racing Club (SKRC) for the first round of their 2016 Championship.  Upon arriving at the track it was clear that the viability of the race was in jeopardy due to a good layer of snow on the track.  Fortunately a sterling effort by the club staff, mechanics, drivers and families cleared the snow and racing got underway about an hour late. 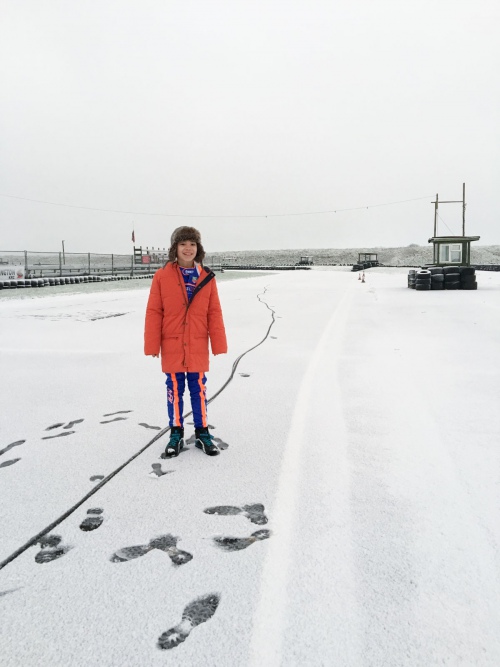 Because of the late start the organisers decided to reduce the event to two twelve lap heat races per category (almost as long as two finals).  Random start order saw Kai on pole for the first heat, he and two other drivers battled for the race, swapping places until he took the lead back on the penultimate lap and held it to the finish line.  In the second heat Kai started from 11th, was up to 4th by the first lap and held third place until the finish.  After the points from both races had been tallied he was declared the winner (equal points with another driver but won the first heat), cold but happy he left with his first win at a UK club championship race.