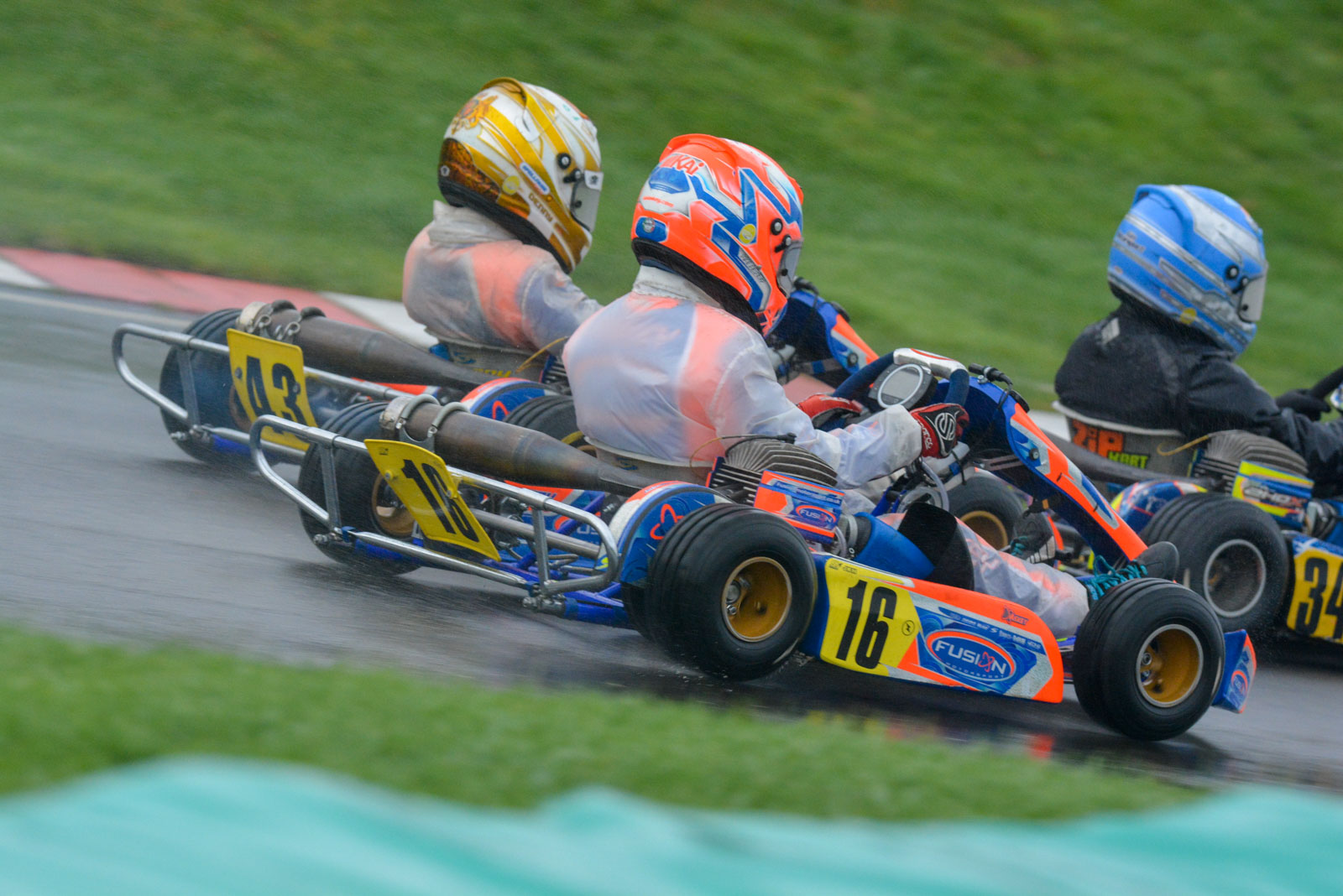 The second round of the Trent Valley Kart Club Winter Series held at the PF International Kart Circuit took place on a blustery Sunday at the end of January.  With 57 drivers competing in the IAME Cadet category it was always going to be a hard round against the best drivers in the UK. (Here’s a video of one dry lap with Kai during practice on Saturday).

The IAME Cadet category was split into two groups, with Kai in the “B” group with many of the top drivers.  After drivers briefing it was straight into timed qualifying, with Kai’s taking place at 9:10.  The day before had been dry but the track was much wetter in the morning, despite this Kai drove well posting the 6th fastest time of the session and 9th overall. 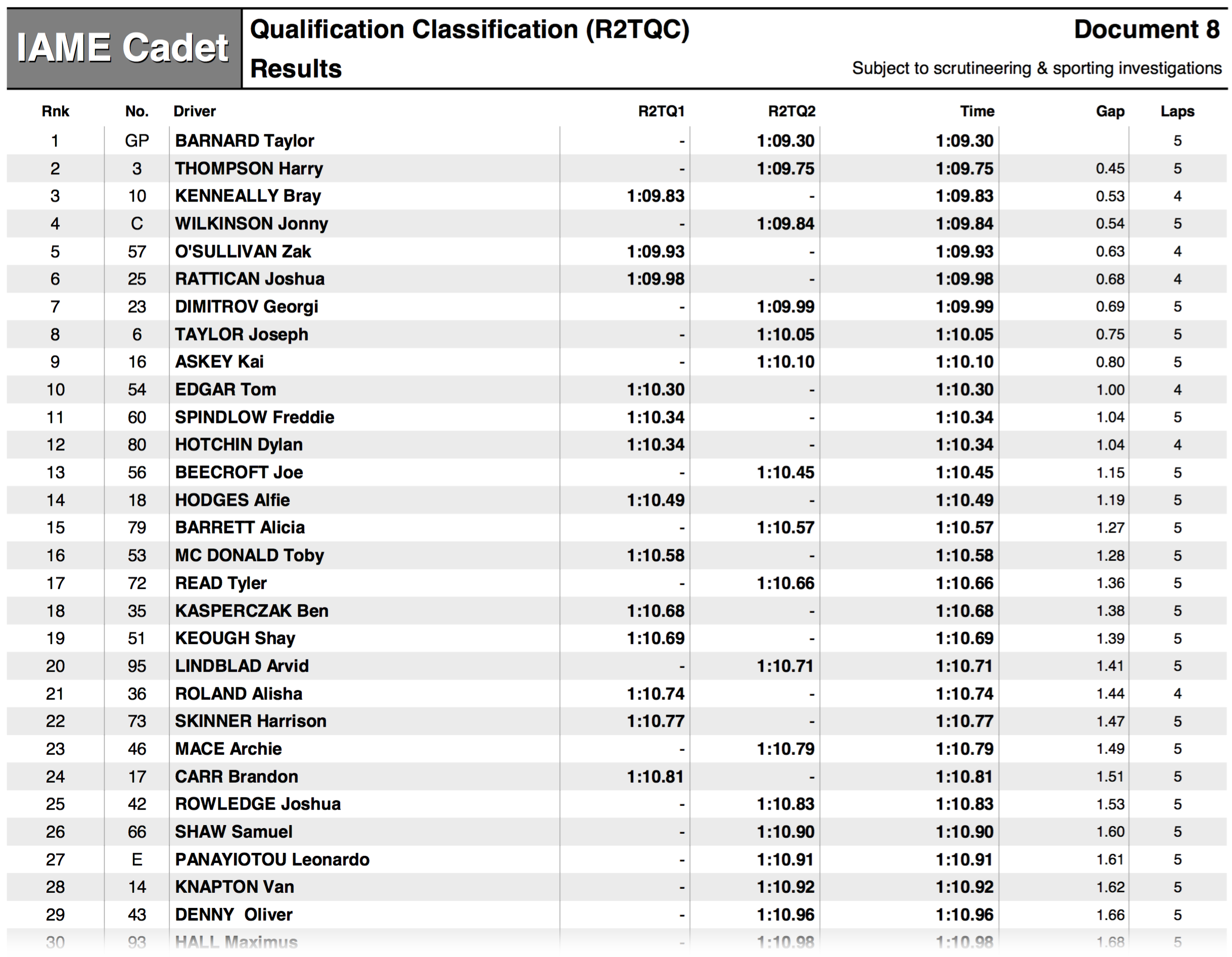 His qualifying put him 6th on the grid for pre-final B, a small mistake at the start saw him lose several places down to 12th however he was making progress back toward the front when he was shown a black flag (disqualified, come in to the pits immediately), oddly as soon as he came in he was let immediately back out onto the track in second-to-last place where he pushed up to 24th.  After the race we spoke to the stewards who informed us that the black flag had been given because a kart in front of Kai had spun off and he was deemed to have hit it, in Kai’s own words the kart was already locked up and sliding and Kai could not avoid touching it.  This penalty had dropped him to 45th overall, massively disappointed this meant that he would not automatically qualify for the A final but instead would start the B final in 13th place, his only hope to finish the B final in the top 4 to be promoted to the A final. 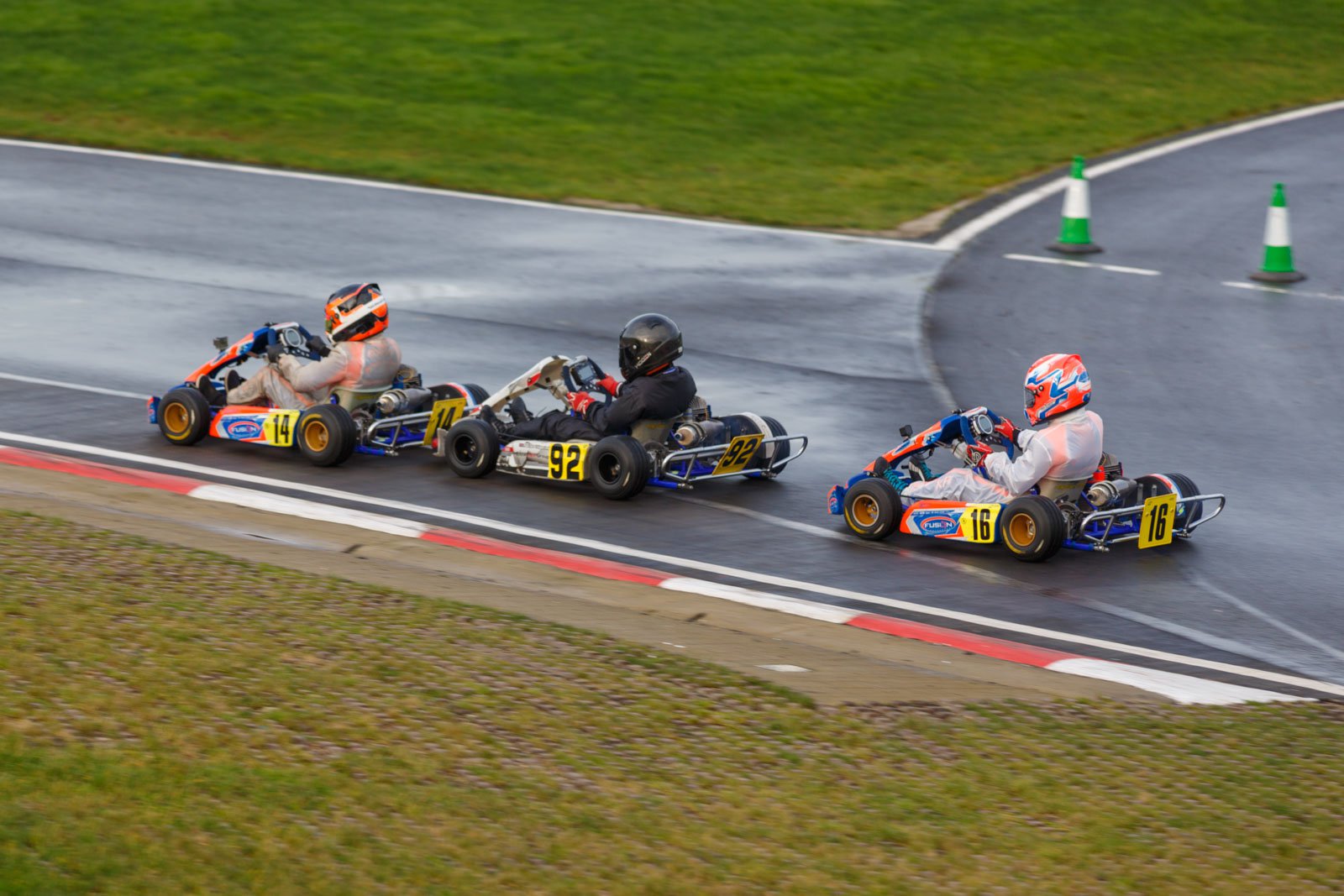 That’s exactly what he did, starting mid-pack Kai made up several places at the start, due to a crash the next two laps were driven under the ‘quarter flag’ (a single-file ‘safety car style’ lap) while the track was made safe, after the race continued on lap three Kai continued his charge to the front and finishing 2nd, securing a place at the back of the A final grid. 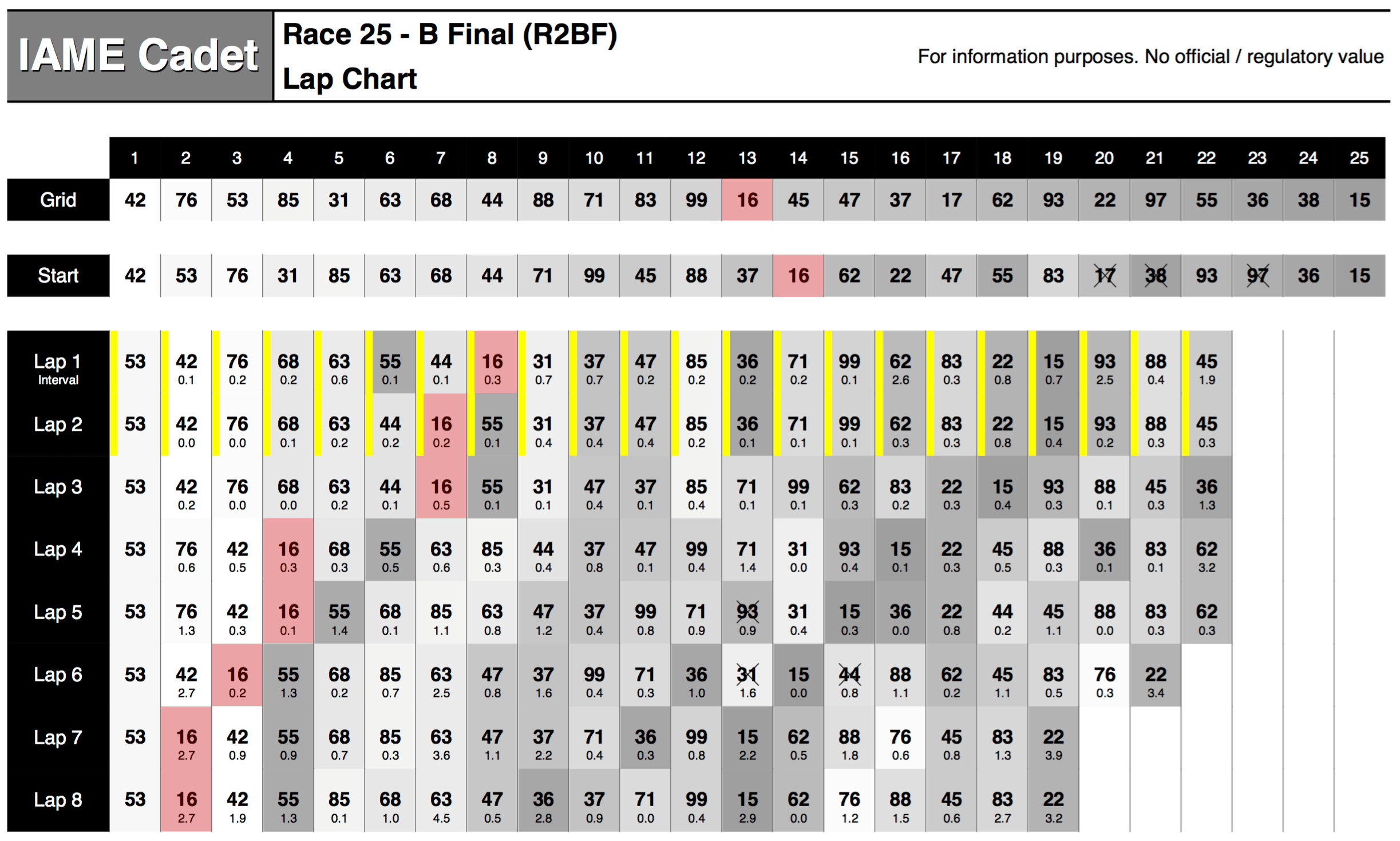 Settling in at the back of the grid it was a tall order to get anywhere near the front but he was determined to at least salvage as many positions as possible.  A good start saw him up to 28th after the first lap and 22nd by the second lap, he continued to work forward and by the end of the race had made up no less than 17 places to finish 17th.  In total Kai had moved up from 45th to 17th in two races, truly an awesome drive and despite not finishing higher it was about the best he could have done considering the pre-final penalty.  As usual a big thanks to Kai’s mechanic/coach Joe Boullen, Dan Hazlewood and Neil Doran of Fusion Motorsport.  On to round three! 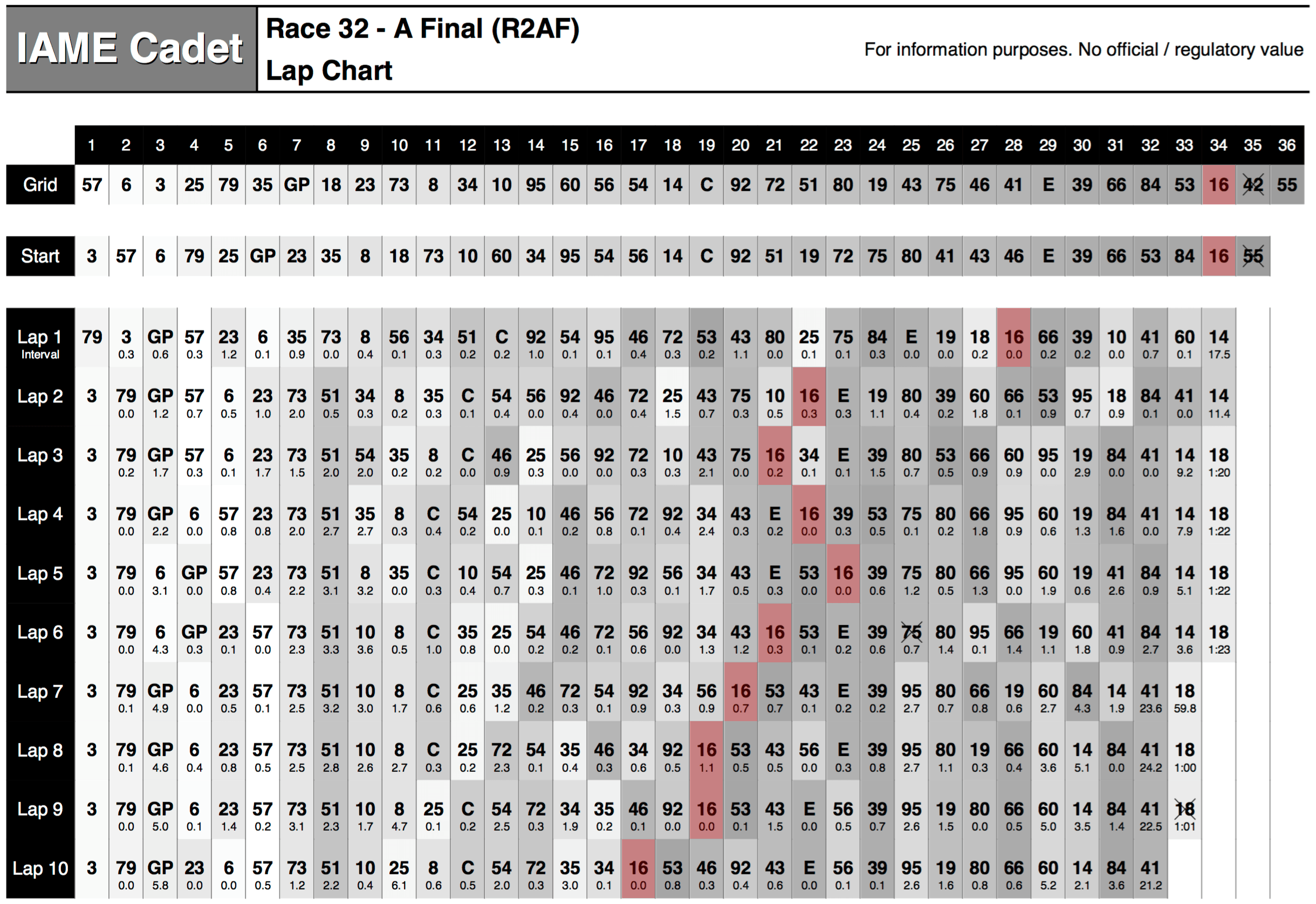