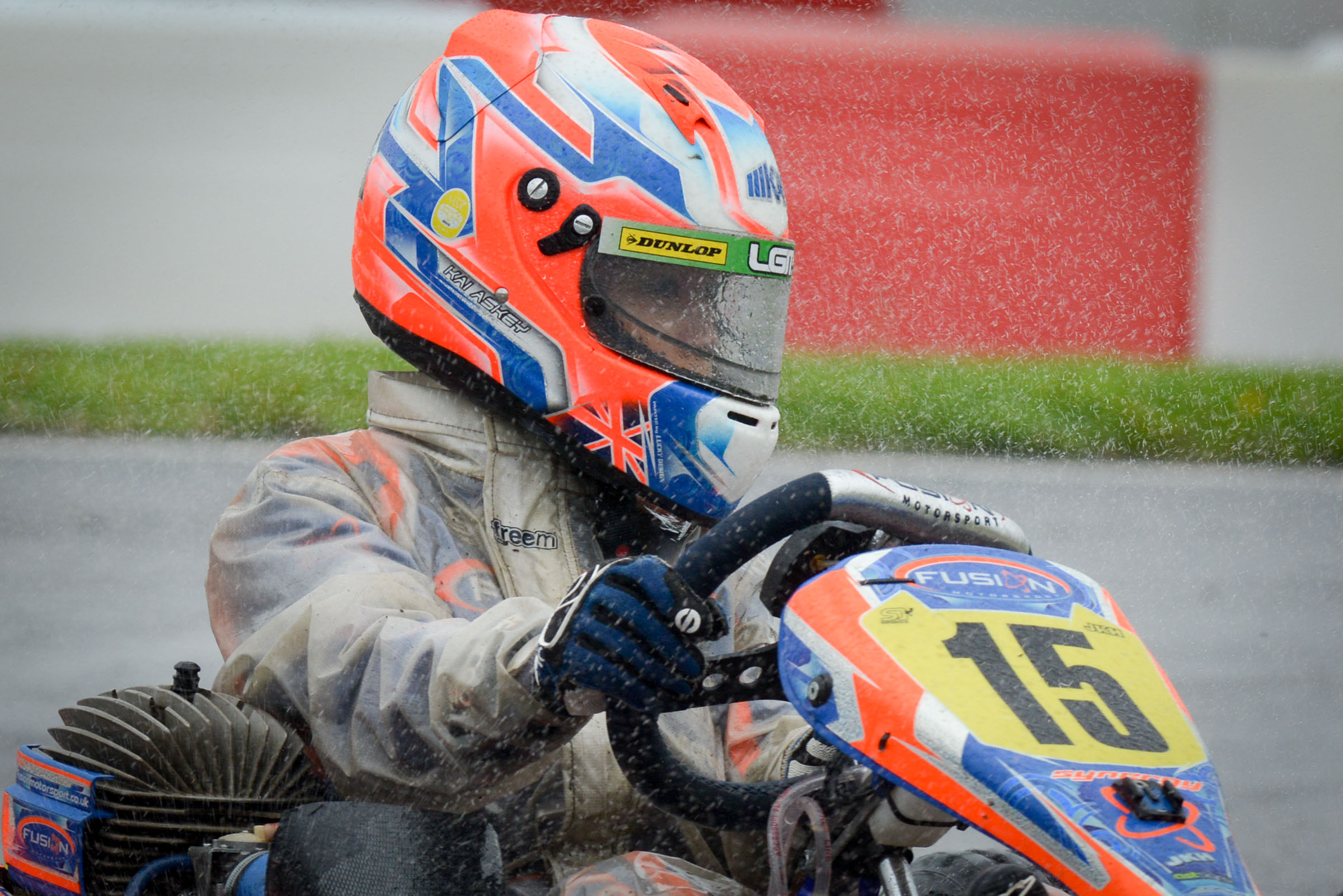 Little Green Man (LGM) Round 4 took place at Larkhall Race Circuit just off the M74 not far from Glasgow in Scotland.  It would be Kai’s first time at the track, having missed the club race practice the weekend before.  The weather forecast in the week proceeding race day was for rain and we weren’t let down in that respect, drizzle in the morning made way for heavier rain throughout the day making an unfamiliar track even more so with its wet surface. 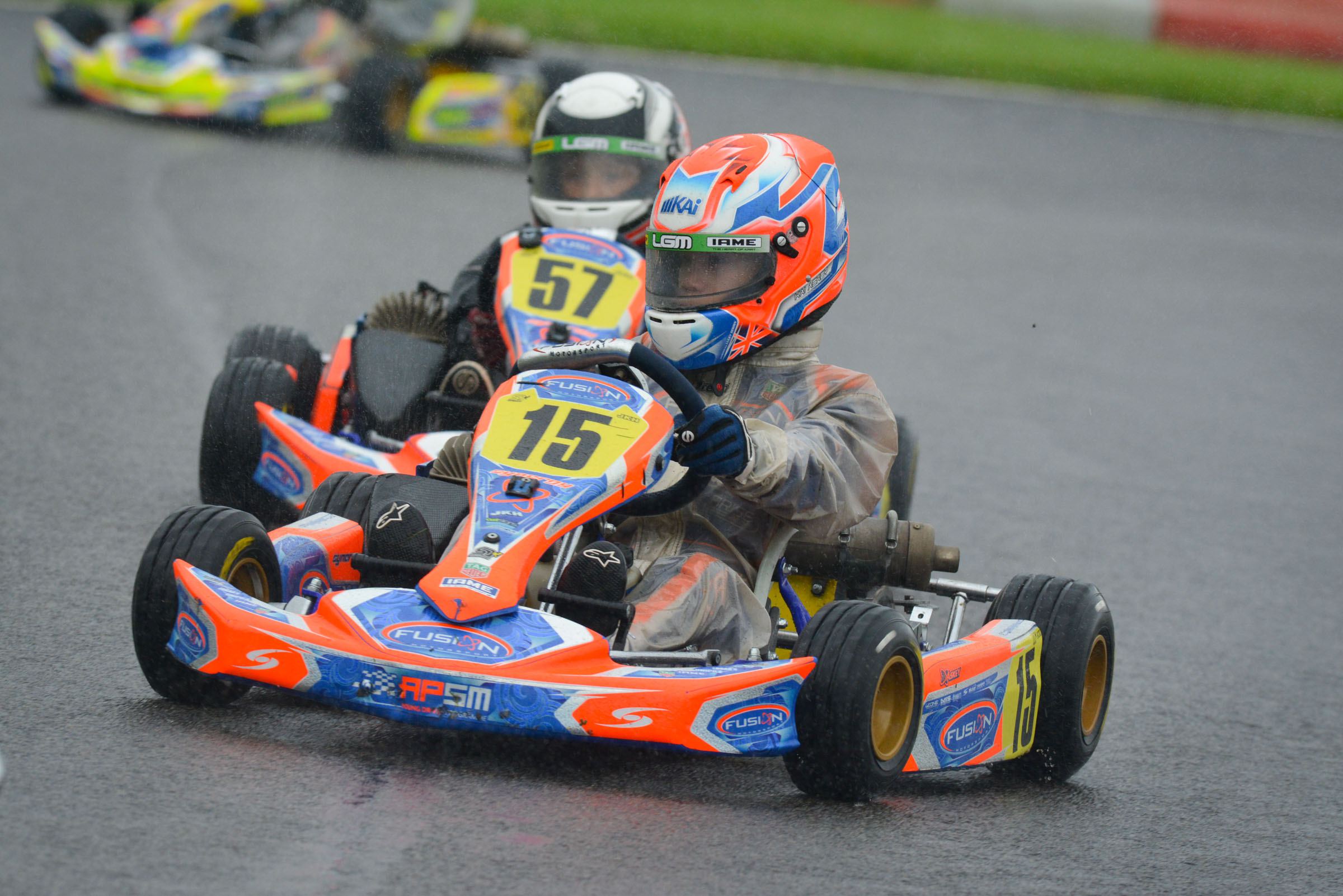 LGM’s one-day race format is random grid heats and a final.  Kai took part in heats one to three in which he finished 18th, 12th and 7th.  The combined points from these results put him 14th on the grid for the final.  Raining heavier than ever for the final Kai had a much better race making up five places to finish 9th.  This was invaluable for his championship maintaining his tenth place with five rounds to go.