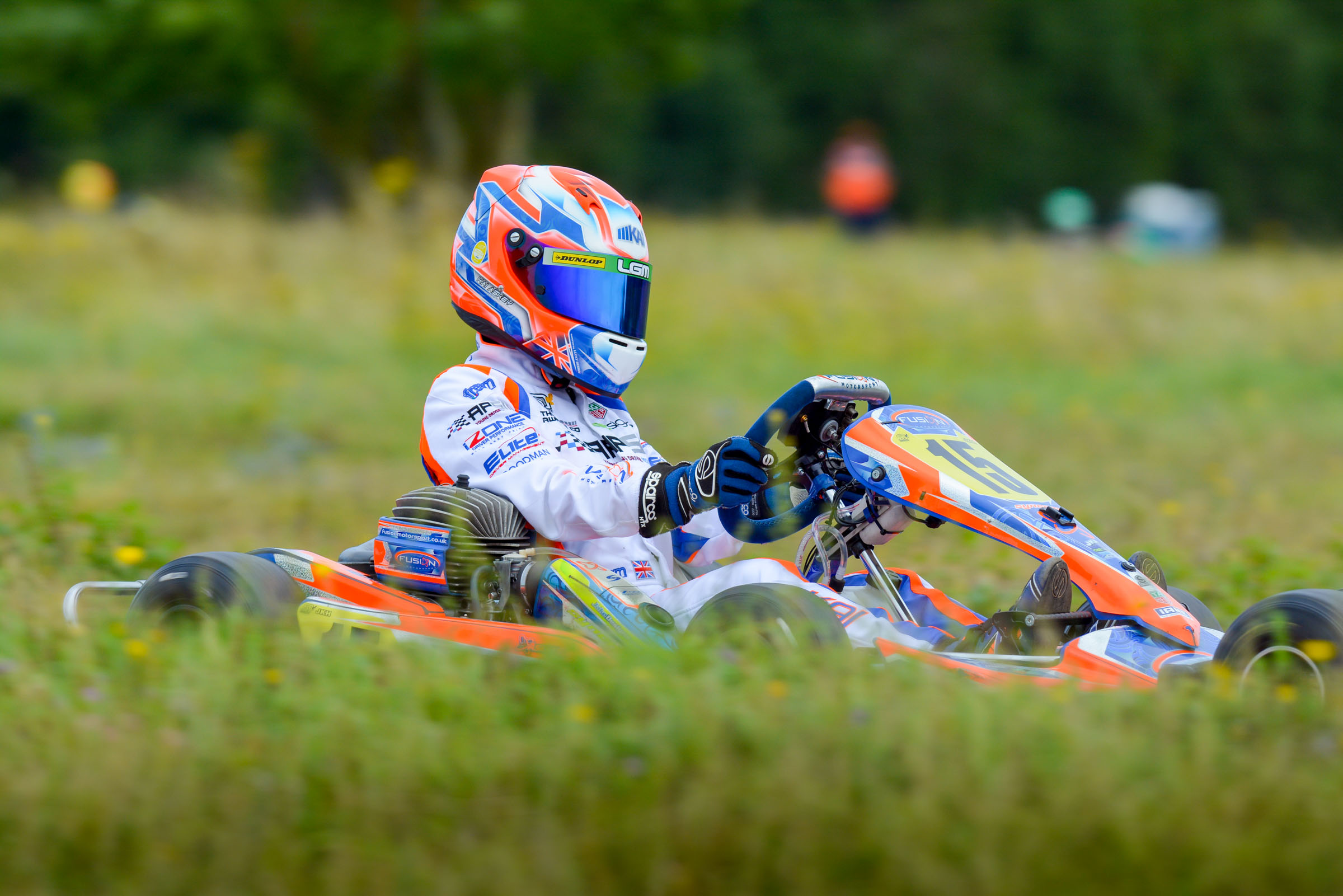 Little Green Man (LGM) Round 5 was held at the Forest Edge Kart Circuit in Barton Stacey near Andover on 21st August.  Kai had some experience of the track when he took part in a club round back in April.  A fairly large sweeping track Forest Edge has a good mix of straights, fast corners and a technical double first corner with a tightening radius.  Previously the start had been an issue for many drivers, normally going off onto the grass at the first part of the corner which is peppered with rabbit holes. 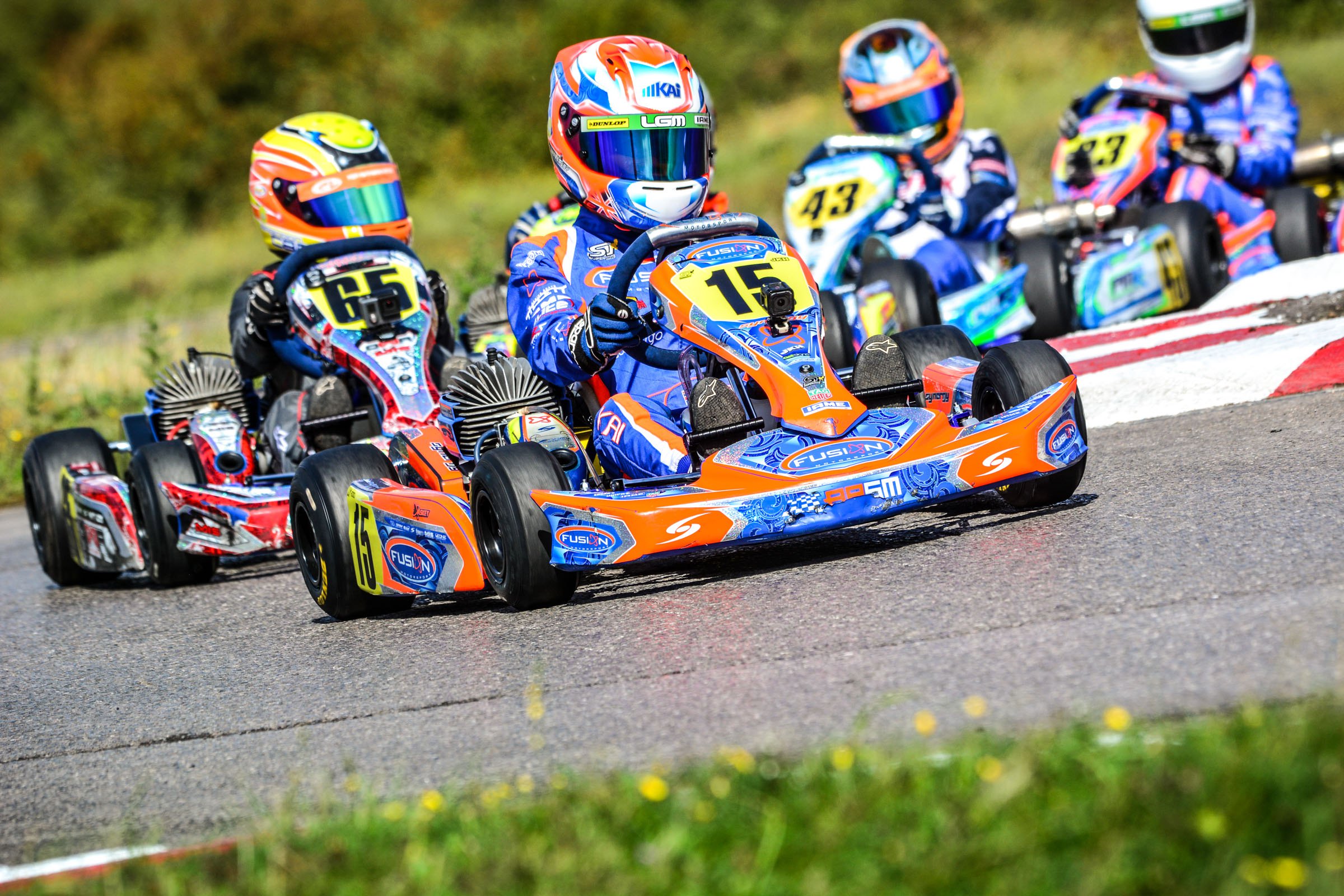 LGM uses a mixed heats format, at Forest Edge every driver participated in three of the four heats.  A damp Heat One saw Kai move up from 10th on the grid to finish 6th.  In Heat Two he started 23rd but lost out at the first corner, dropped to the back but managed to finish 21st.  Heat Four went much better starting 6th on the grid Kai was briefly up to 2nd but a tough battle in the last few laps dropped him to 8th.

These heat results put Kai 13th on the grid for the final.  The final got underway at in the late afternoon, there were no incidents at the start but Kai dropped a couple of places to be 15th on the first lap, pushing hard and working with those around him Kai moved through the field to finish a very respectable 9th and with a best lap time only two-tenths off the fastest lap.  Overall a good recovery from 13th on the grid and some valuable championship points earned going into the double-header round at Rowrah. 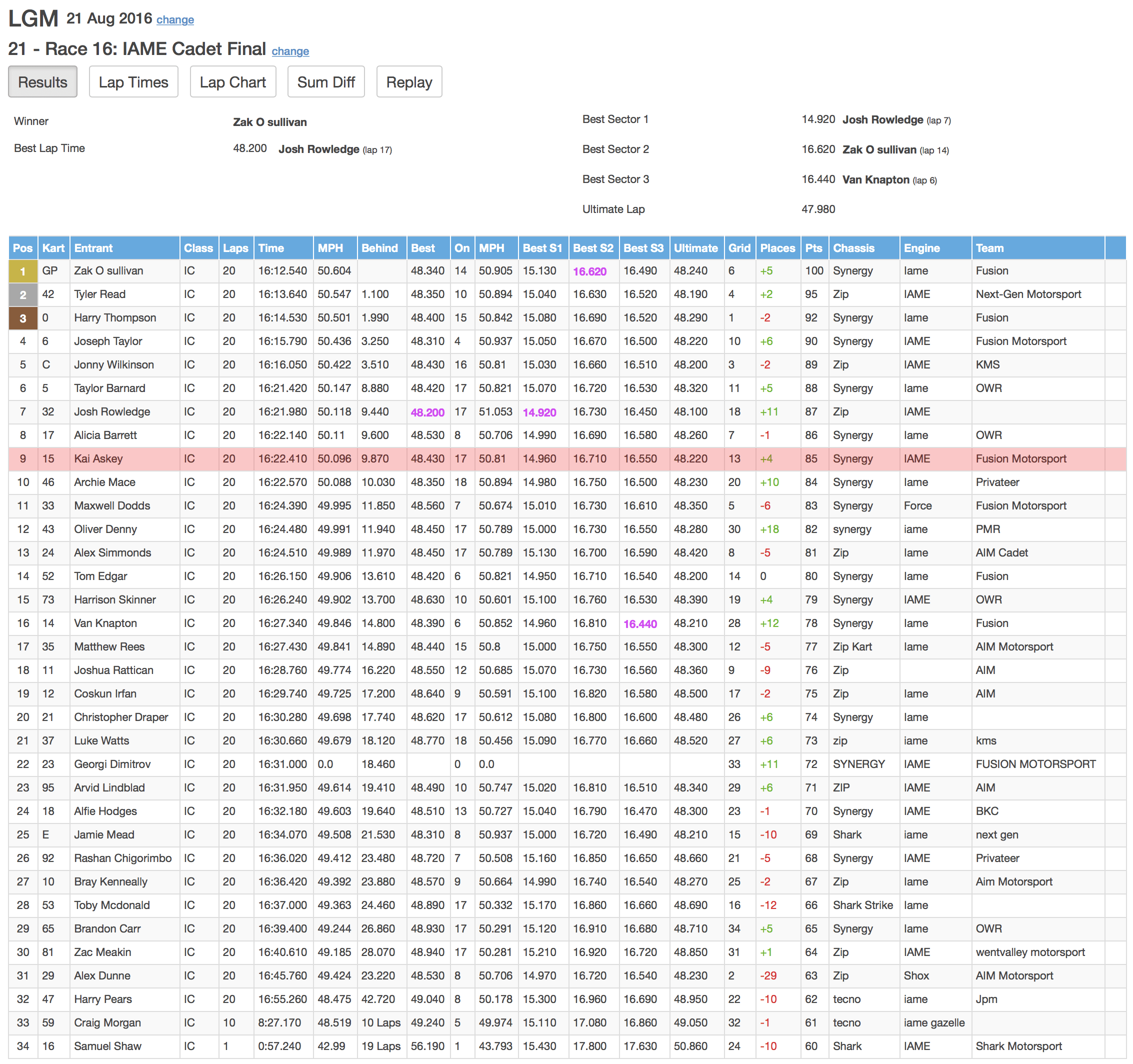