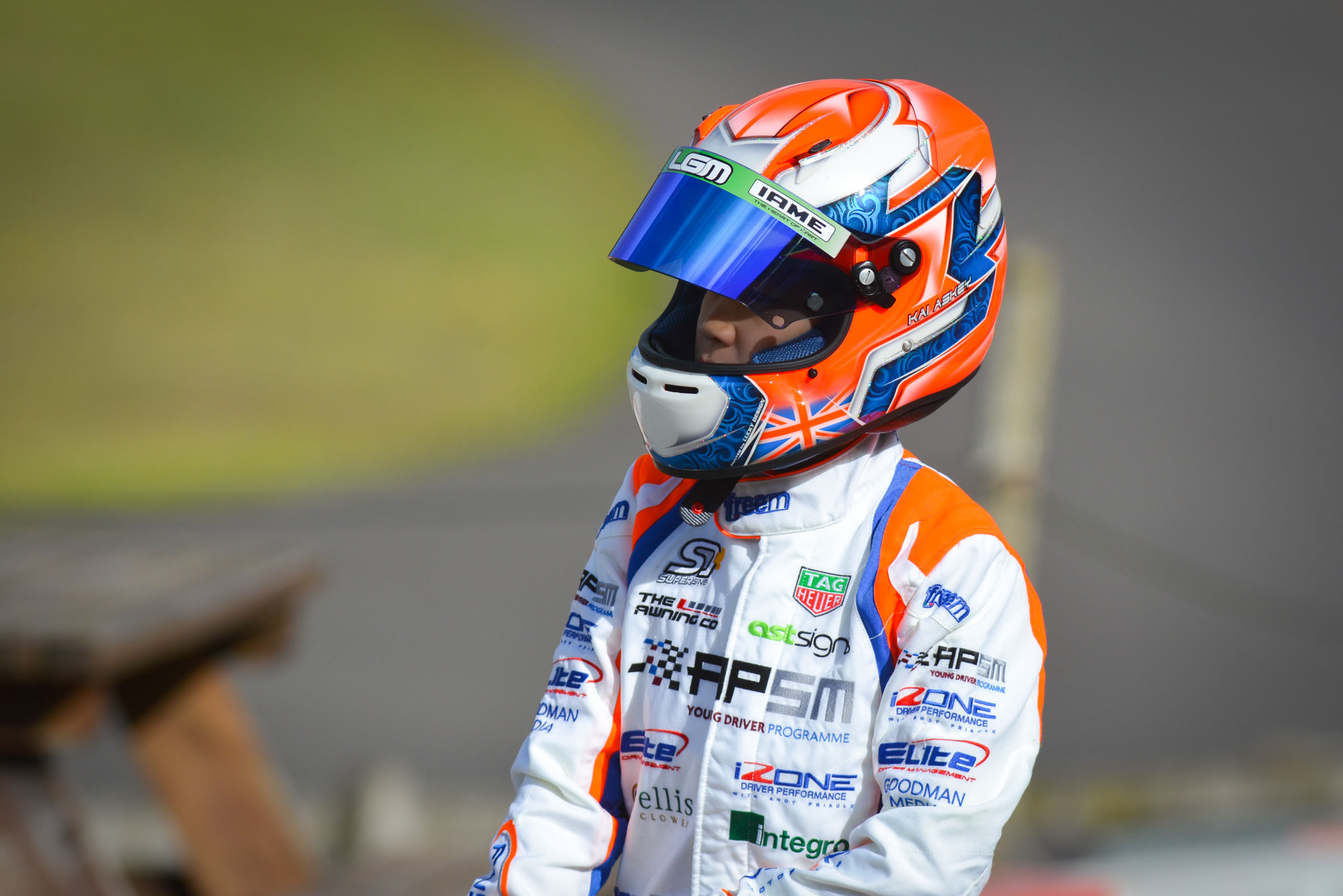 The spectacular Rowrah Karting Circuit set in the beautiful Cumbrian landscape played host to the sixth and seventh rounds of the LGM Championship 2016 at the end of August.  Kai had some experience at the track at the start of the year for both the Super One O Plate and first round where he did well.  Rowrah has a bit of a reputation for first corner incidents as the first corner is blind, up-hill and tight and straight into a chicane.  The format for the two days was identical; four rounds total (each driver competes in three of them) and then a final.

Kai made an excellent start to the long race weekend on Sunday in his first heat where he went from 17th on the grid to finish 5th. His second heat didn’t go quite as well, nudged off the track at the second hairpin he could only manage from 19th to 20th on the grid.  A hard fought battle at the front of the final heat saw Kai finish 11th from a start of 6th.  Points from the heat races were combined for a 16th grid position for the final.

The final started well for Kai, he made a good start and had moved up from 16th to 8th on lap three, however two separate incidents brought out the ‘quarter flags’ (single file, safety-car style) which bunches all the karts up.  On the second restart Kai was unfortunate enough to be loaded heavily from behind by a column of around six karts and went off at the first hairpin, he was then jostled around to the second hairpin where he dropped to the back of the pack (see video below).  He eventually finished 23rd.

Hoping for a better day for Round 7 on Monday Kai started 10th on the grid for his first heat race, which started well enough but soon turned into a very close fought battle in the mid-field.  Kai dropped back to 15th at one point but drove brilliantly to get back up to finish in 9th.  Kai started heat two in 23rd place and progressively moved through the pack to finish a credible 13th.  Heat four would be Kai’s last heat and he finished 9th from 9th on the grid.

Good heat results meant a good 10th place on the grid for the final.  Sadly this would be the second time weekend that Kai would find himself facing the wrong way.  At the start he was squeezed to the left of the track and unsighted up the hill crashed into a stationary kart on the inside kerb spinning him around and dropping him to 31st place (see video below).  Kai showed great spirit to make up 11 places and finish 20th.  A disappointing end to a disappointing weekend in Cumbria.