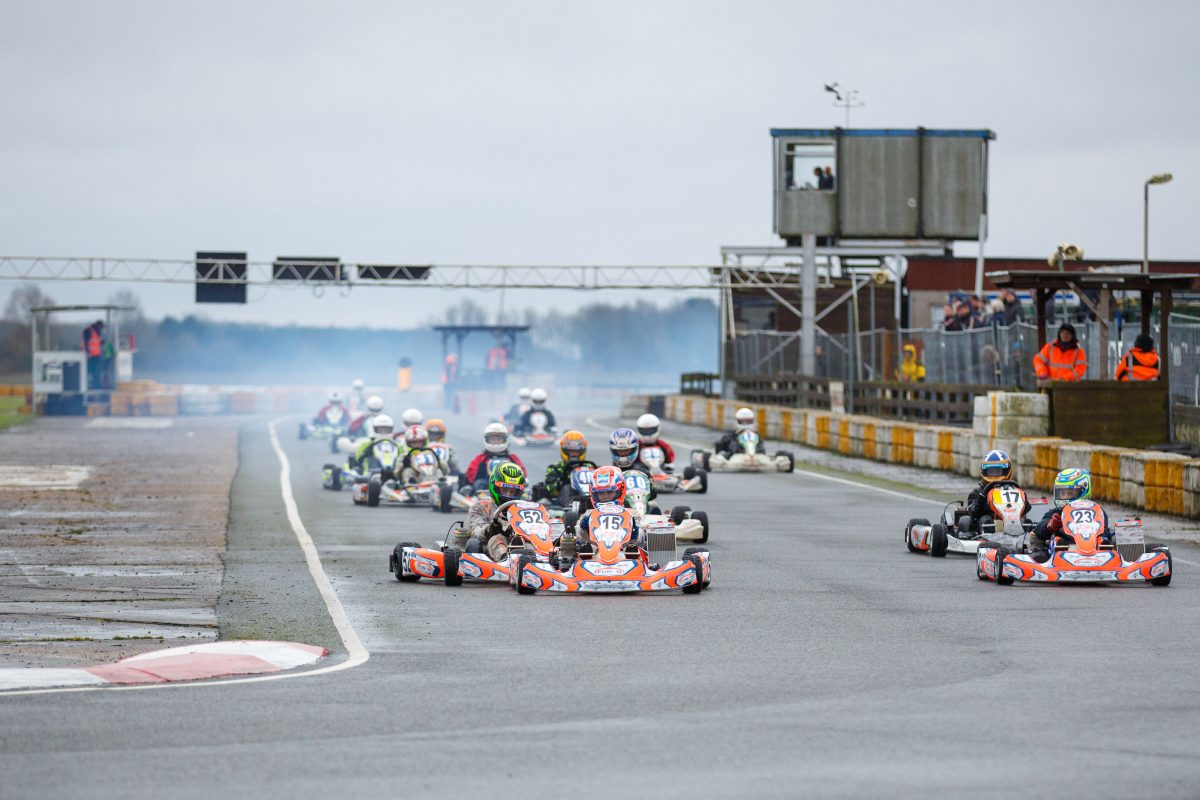 Kai’s first ever X30 Mini race would take place at Hunts Kart Racing Club (Kimbolton) on a cold and damp weekend in January.  Kai made the move from cadet to X30 Mini back in September and had spent many weekends at PFI practicing in the larger kart in either X30 Junior or Mini.  At this point in time X30 Mini was very new (as a completely new category anywhere) and only four drivers were in attendance.

Kai qualified second behind his team mate Georgi Dimitrov.  In heat one Kai moved from fourth to second and was promoted to first when Georgi was given a drop down nose cone penalty, in heat two Kai started on pole but close battling between him, Georgi and Tom Edgar saw him cross the line third.

Combined heat results put Kai on pole which he kept until lap five when Georgi passed him and they finished in that order, Georgi first, Kai second and Tom third.