Round four of the Hunts Kart Race Club (Kimbolton) 2017 Club Championship took place on an unseasonably sunny and warm weekend in early April.  A small grid of just nine drivers were entered in the X30 Mini class, but with most of the quicker drivers present it promised to still be a good race.  Kai was quick all day on Saturday and confident going into race day on Sunday.

The heats on Sunday were a very mixed bag for Kai, a fifth from ninth, second from third and seventh from fourth put him third on the grid for the final.  Kai didn’t get a great start finding himself fifth on the first lap, by lap eleven he had worked his way up to third, 1.5 seconds off the two leaders (Georgi Dimitrov and Tom Lebbon) who were embroiled in a battle for first.   Kai gradually caught them, posting fastest lap after fastest lap when on the last corner of the last lap first and second place touched, went off and Kai went through to take a fortuitous win. 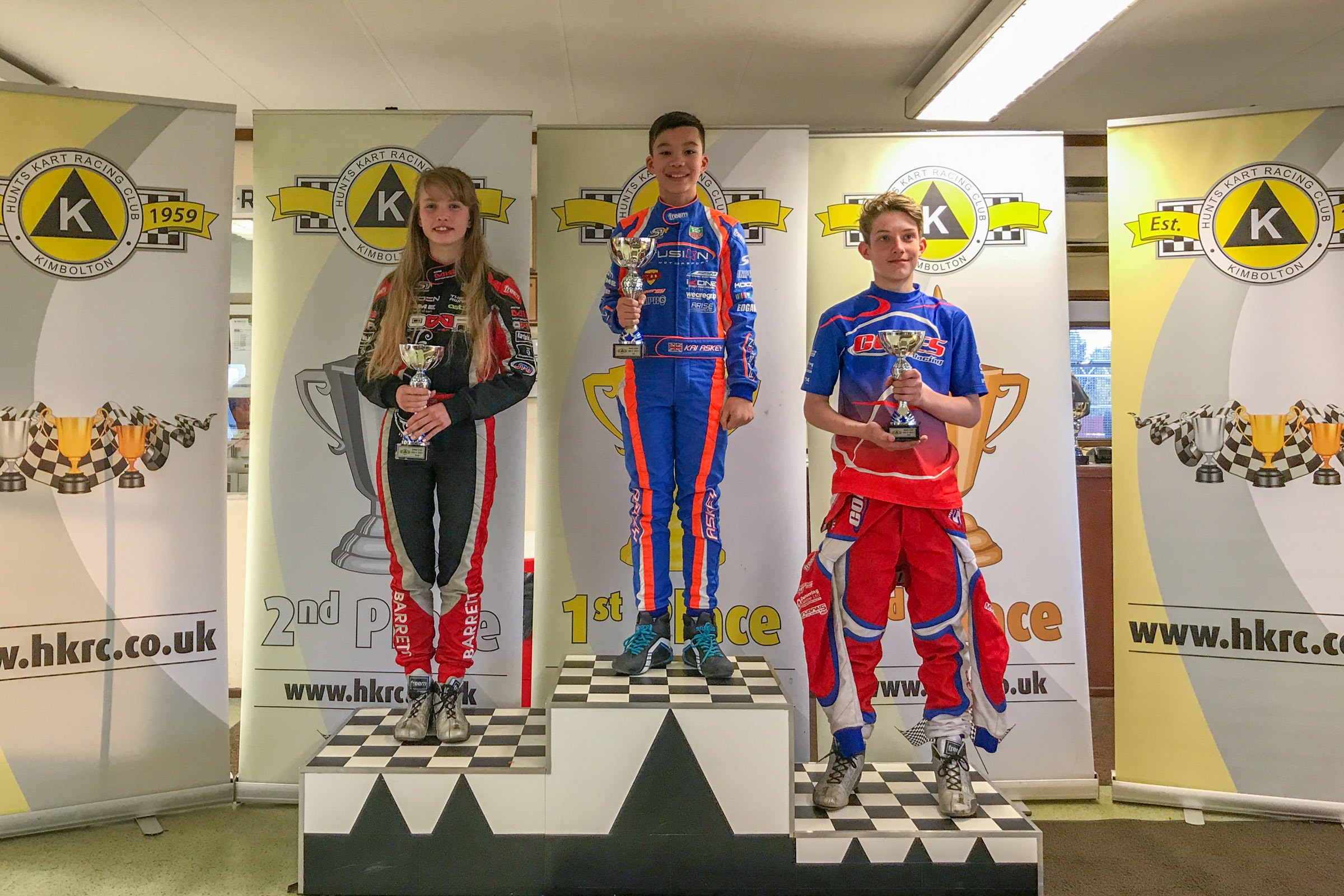