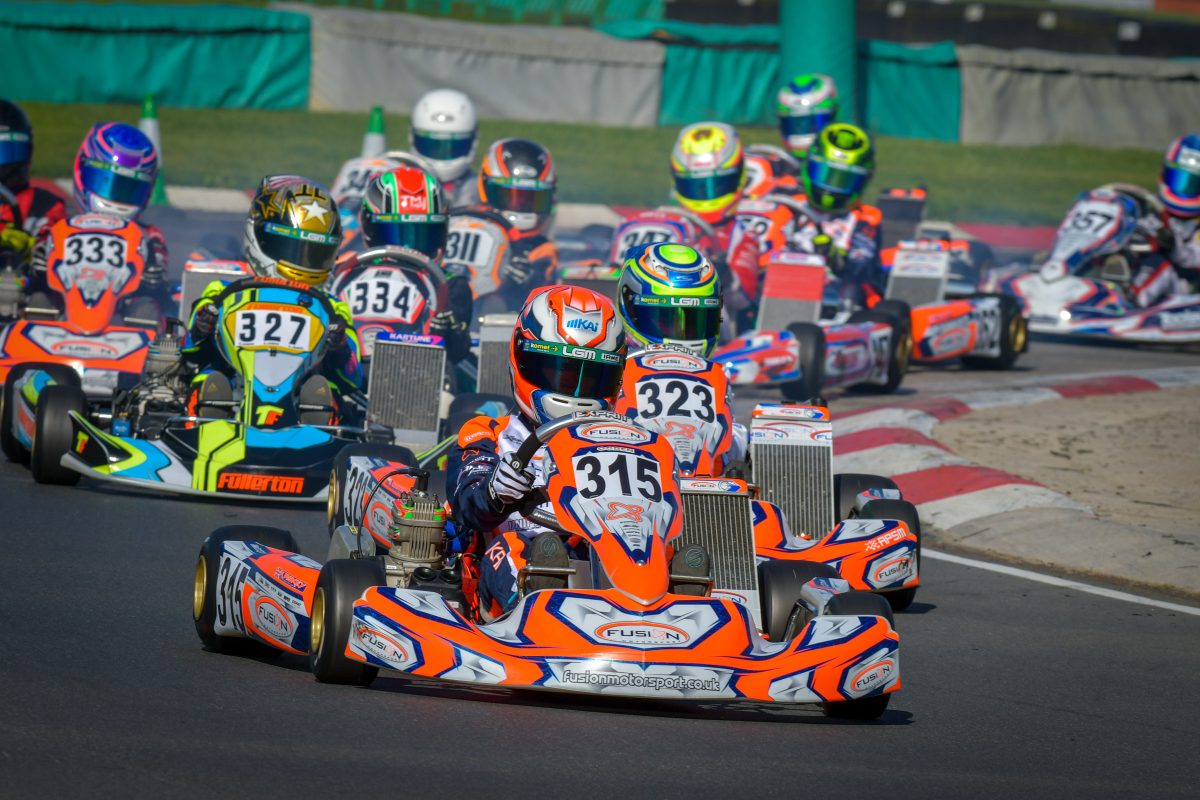 X30 Mini (also known as Mini X) is a completely new category to Little Green Man (LGM) for 2017.  For the uninitiated, X30 Mini is intended as a “bridge” class between Cadet and Junior, for drivers aged 12 (the year they turn 12) and up, it uses the same chassis and engine as X30 Junior but with a smaller exhaust restrictor and different carburettor, this reduces power to about 14.5 hp, minimum weight is also lower at 136 kg.  This adds up to lap times about 1 to 1.5 seconds slower than X30 Junior, depending on the track.

Despite its new status X30 Mini is proving to be very popular, with a few drivers moving over from Minimax (Rotax).  For the first round of LGM there were no less than 26 entries, a very good sign for the future of the class.

The LGM race format is made up of three random grid heat races, the results of which are combined to produce the starting grid position for the final.  In the heats Kai finished 1st (from 10th), 9th from 23rd and 2nd from 9th.  These combined put Kai on pole for the final.

The final was without doubt one of the closest and most exciting X30 Mini races to date with nothing to separate the top five, any one of whom could have won. Throughout the race there were so many changes of position among the top five it was difficult to keep track of who was where. The final result for Kai was third place having just lost his second place to the more experienced Joseph Taylor, Kai’s team mate Georgi Dimitrov took the win. A “shortened” version of the race video is below, the first and last few laps.