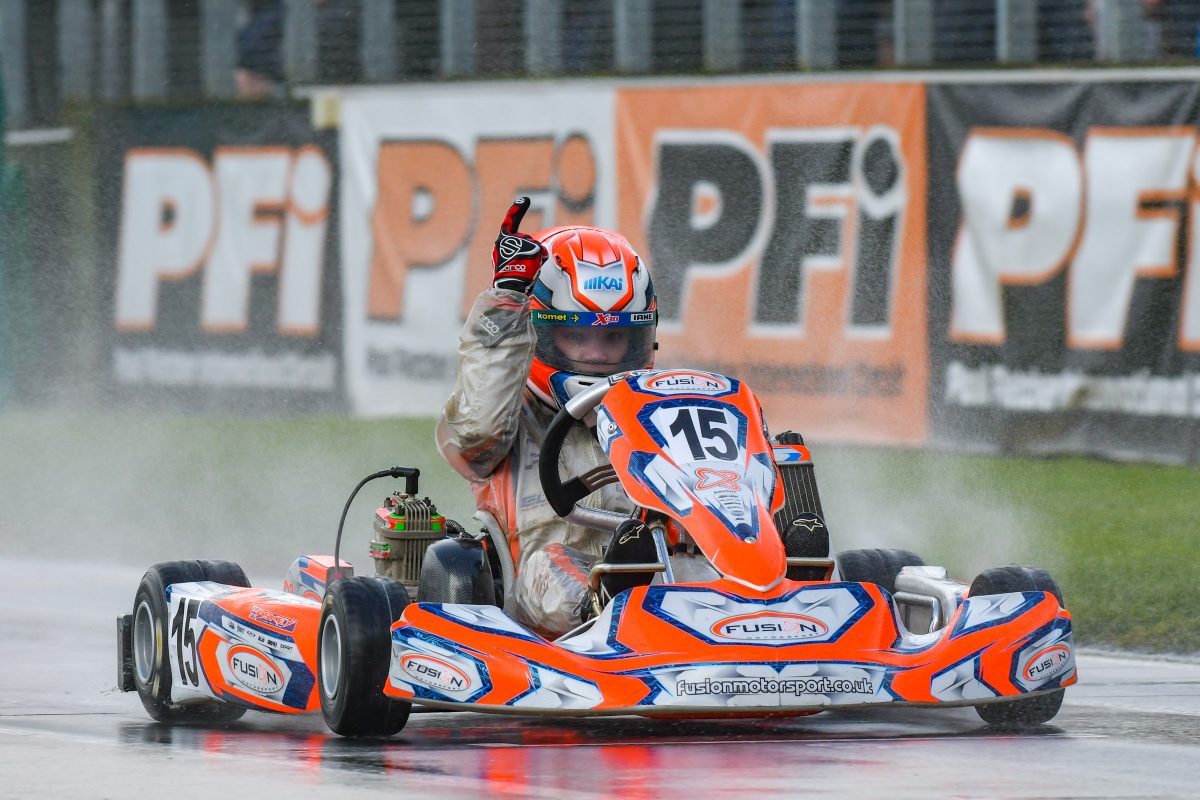 The fourth and final round of Trent Valley Kart Club’s “Winter Series” took place at the beginning of March.  Again there was a strong turn-out for the still new X30 Mini class with sixteen drivers on the grid.  In qualifying Kai managed to pip his team mate Georgi Dimitrov to pole by two one hundredths of a second (0.02 sec) with his other team mate Tom Edgar just a few hundredths behind Georgi.

In the first heat Kai had a good start but battled hard between his two team mates saw Kai finish third, Tom second and Georgi first.  The result was similar in the second heat, this time Harry Garman from BKC got involved, Tom finished first, Harry second and Kai third.

The combined results of the heats put Kai second on the grid for the final.  By the time the race got underway the track was very wet but there was a low sun which made the surface almost mirror-like.  Kai dropped to third by the first corner but quickly made his way to the front and then drove as he knows he can in the wet pulling out a convincing five second lead to take the win.

Almost forty minutes after the race had finished Kai was called to the clerks office, along with eight other drivers to be given a ten second penalty for “leaving tramlines before race start”, apparently he was very slightly over the tramline before the start line.  He tried to argue that it was difficult to see the tramlines with the wet surface and low sun but the clerks were not interested in listening (he also gained no advantage if they did consider him over the line).  Heartbroken Kai had to take third place, which also destroyed his chance of winning the Winter Series overall.  Everyone, except the clerks, agreed that Kai won the final fair and square.

Footnote: that weekend there were over one-hundred-and-forty penalties given out by the clerks, looking back at the results many of these were “leaving tramlines”, something that has never been enforced strictly before, or since.