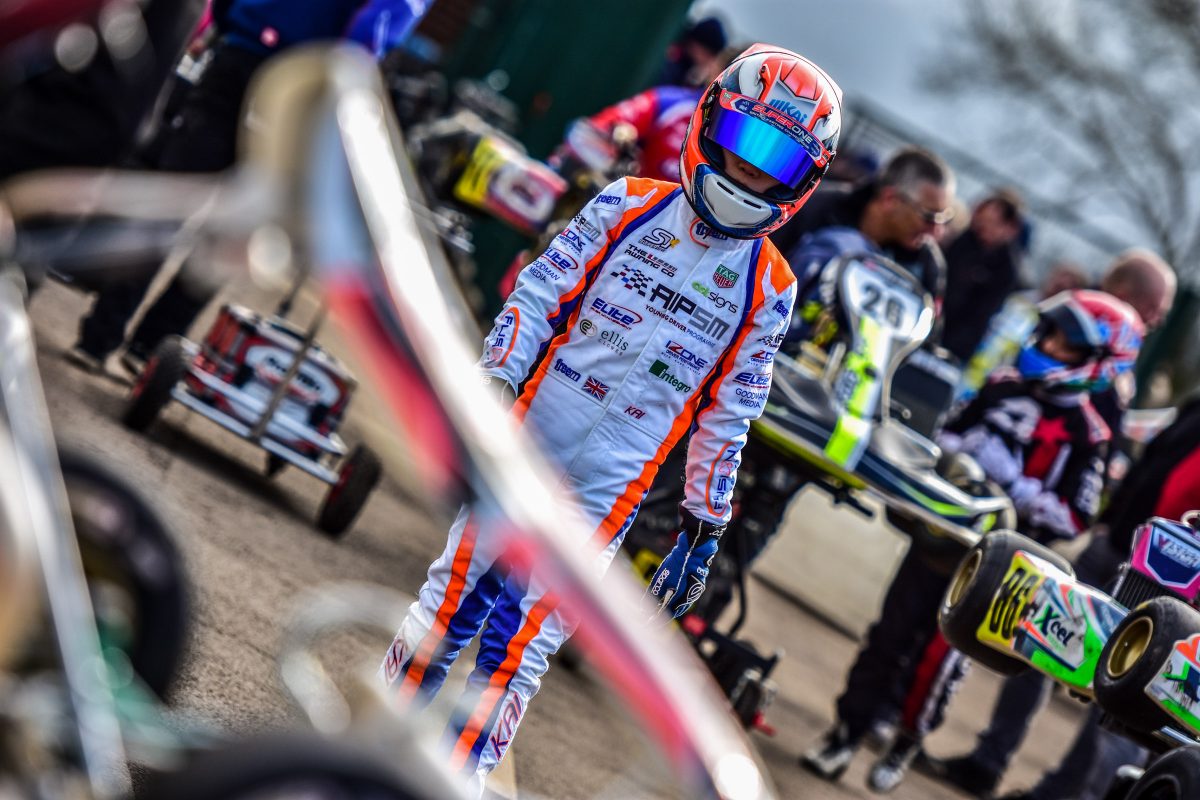 The second round of the Whilton Mill Kart Club Championship saw a total of nineteen drivers participating in the X30 Mini class.  On the Saturday it became clear that other teams had been working hard on their performance and could now match us for outright pace.  As is usual at Whilton Mill there were three heat races with random grids.  Kai finished second (from sixth) in the first heat, fourth (from ninth) in the second heat and fifth (from thirteenth) in the third heat.

The combined heat results put Kai second on the grid for the final with his team mate Georgi Dimitrov on pole.  Kai pushed hard and managed to keep second, briefly taking the lead for one lap.  Towards the end of the race however the chasing pack caught Georgi and Kai and a scrap on the last few corners saw Kai off on the grass and scrambling back onto the track to finish fourth, and moderately disappointed.  Probably his toughest race of the year so far, but each weekend is a learning experience.