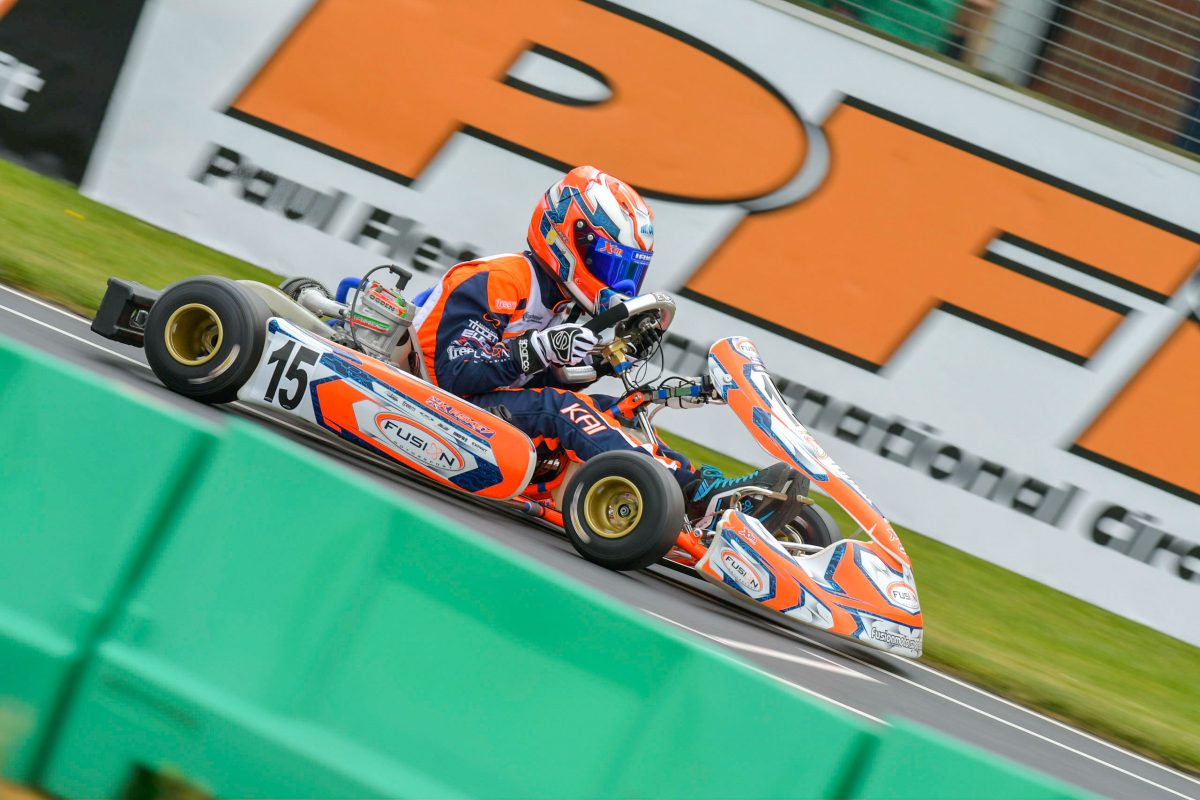 The second round of the Trent Valley Kart Club 2017 Championship took place in early May.  With a large number of categories running over the two days three heats with random grids would be used to produce the grid for the final on Sunday.  The first heat took place on Saturday, Kai starting 9th he made a good start moving up to 8th by the first lap but battling dropped back to 11th on the second lap.  Over the next seven laps he pushed hard to make up seven places finishing 4th and posting the fastest lap.

In the second heat, on Sunday Kai would start 18th but pushed hard to move up and finish 9th.  Heat three was the final heat before the final, starting 5th on the grid Kai took control early on, moving into the lead and keeping it to the flag.  The combined points from the three heats placed Kai 4th on the grid for the final. 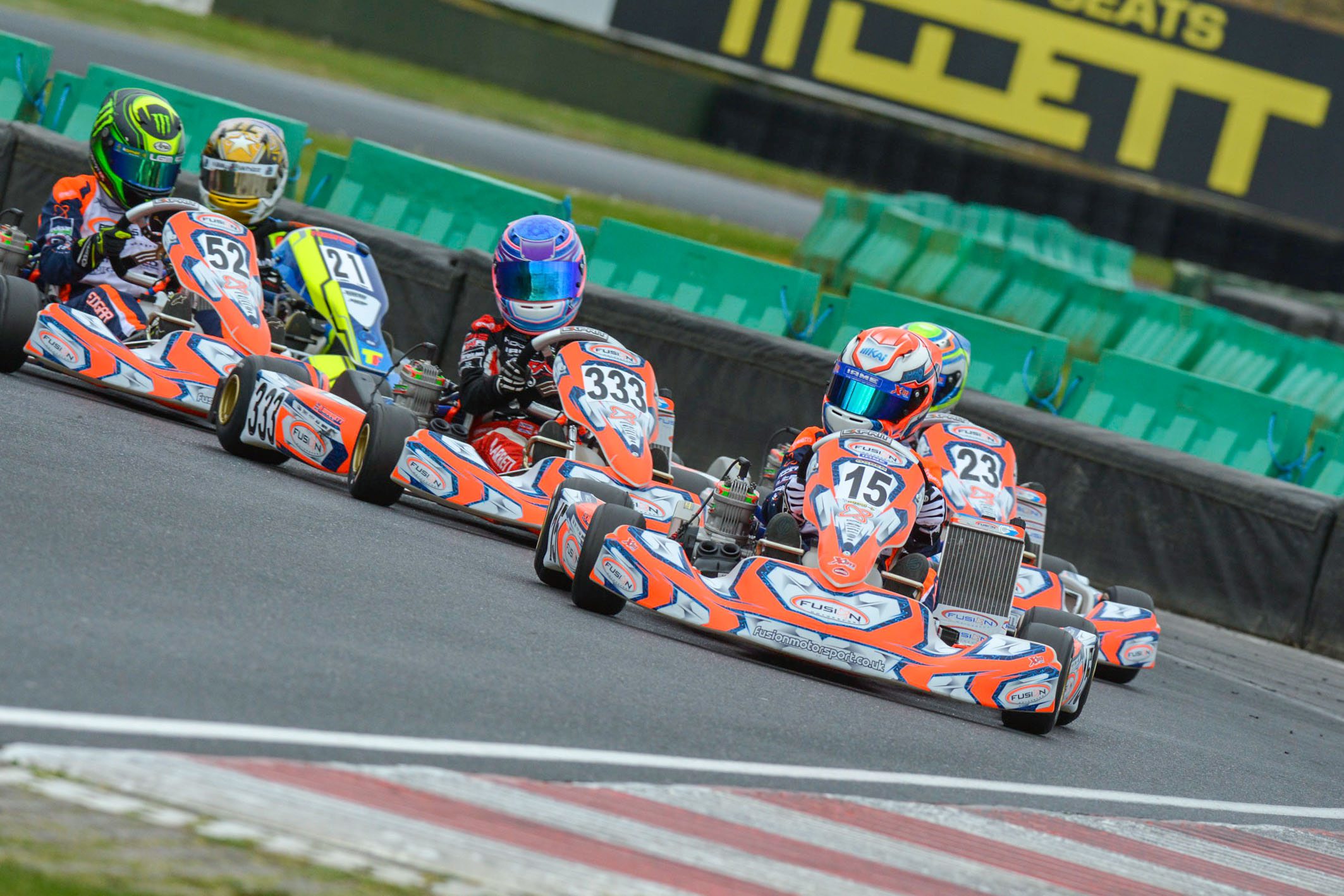 The final saw Kai quickly move up into the lead, he led the entire race from lap five but was caught on the penultimate lap, a strong move from his team mate Georgi Dimitrov saw him lose four places in the last few corners before the flag crossing the line disappointed in 5th, Joseph Taylor ended up winning.