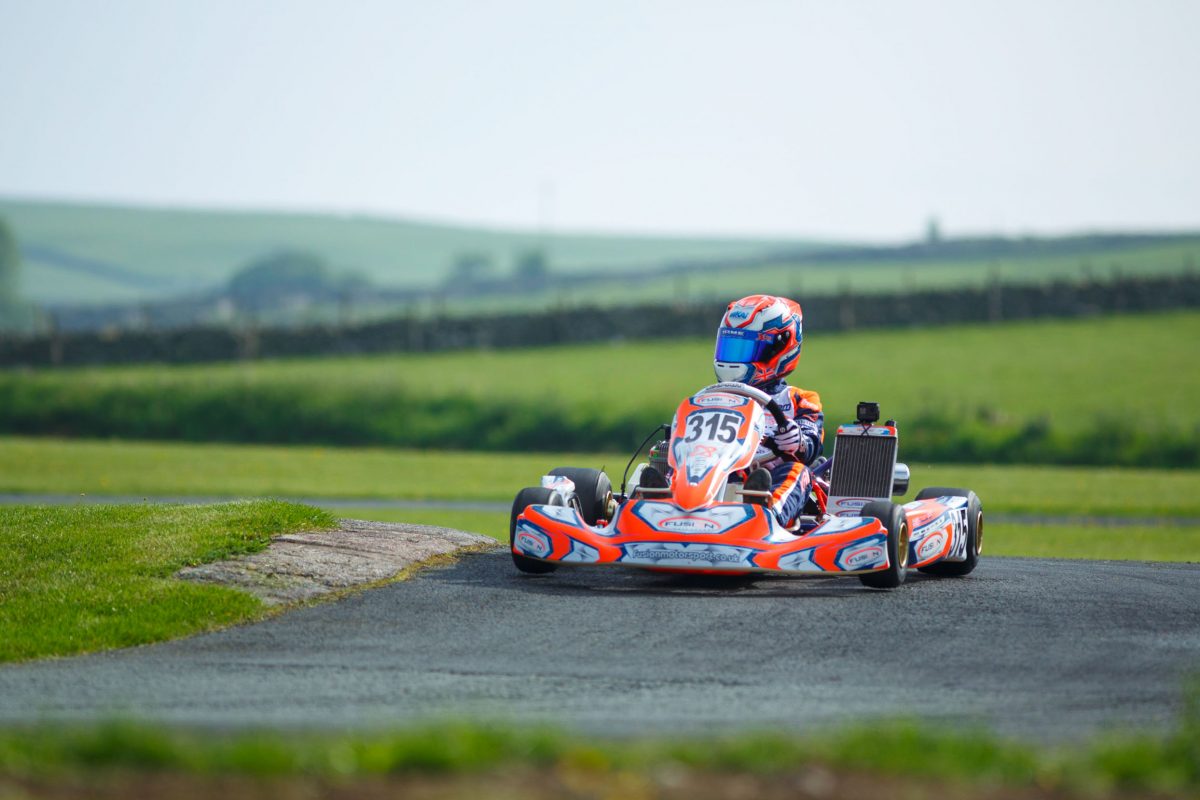 The second round of the LGM Mini X (X30 Mini) “tour” took place at the beautifully located Glan-Y-Gors Karting Circuit near Betws-y-Coed in Wales.  As a track Kai has both raced and practice on several times in the previous twelve months he went to GYG feeling confident, this showed early on with fastest times in practice sessions. 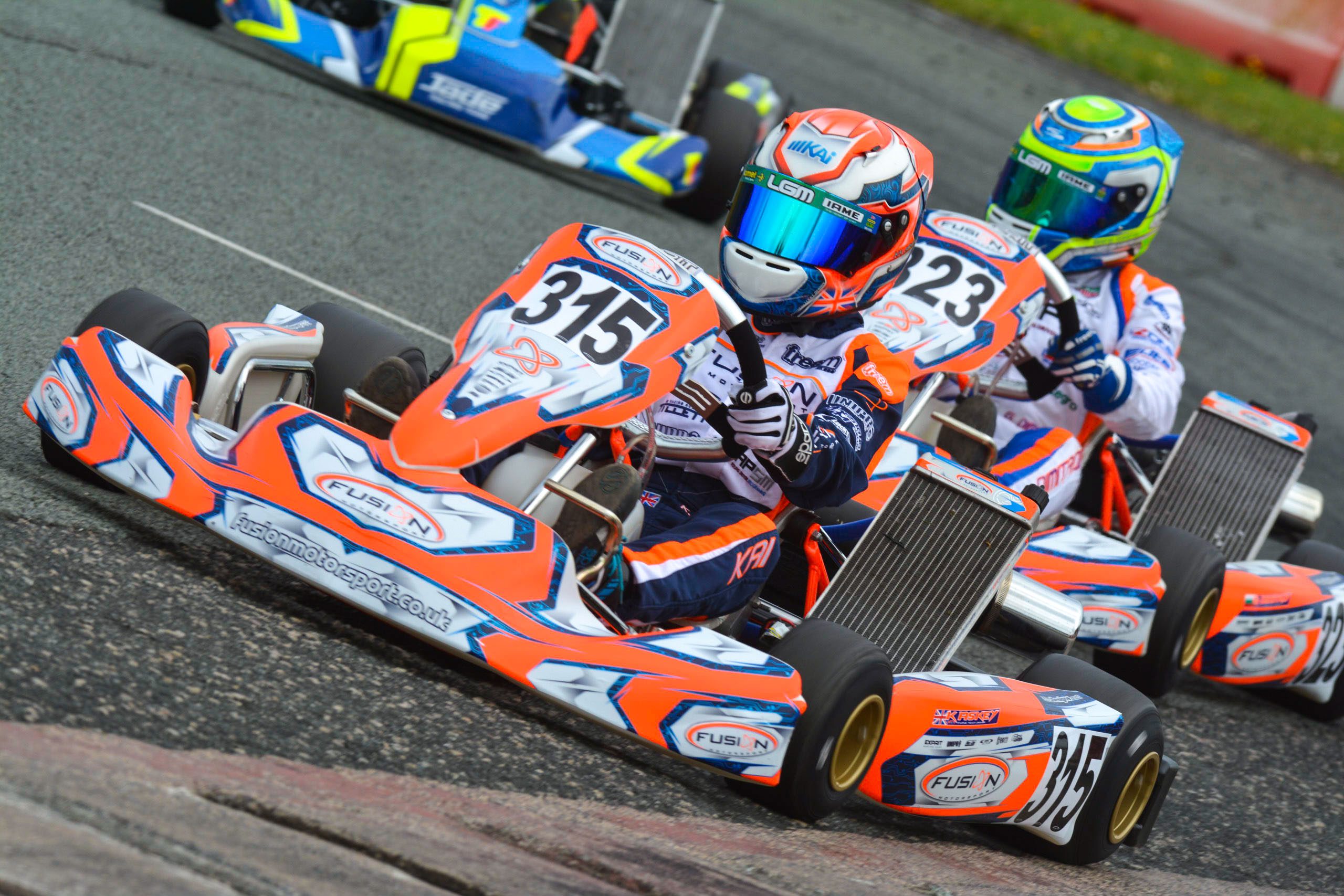 As with other LGM events three random grids were drawn up and Kai would start his heats from 14th, 3rd and 16th.  The first heat went well with Kai making up no less than 10 places in 8 laps to finish 4th and posted the fastest lap.  In the second heat Kai moved into the lead on the third lap but was involved in a to-and-fro battle with his team mate Georgi Dimitrov with the two of them finishing 1st and 2nd respectively.  The last heat didn’t go Kai’s way, he had made up no less than 12 places to 4th but had been hit by another kart which had cut a corner (and spun off) knocking his nosecone which gave him a 10 second penalty dropping him to 10th overall.  Despite the last heat his combined finishes placed him 3rd on the grid for the final.

Kai was again on pace for the final and moved up from third to take the lead on the fifth lap.  A hard fought battle between himself, Joseph Taylor and Georgi Dimitrov saw Kai eventually finish 3rd, slightly disappointed but with some valuable points in the bag early on in the tour.