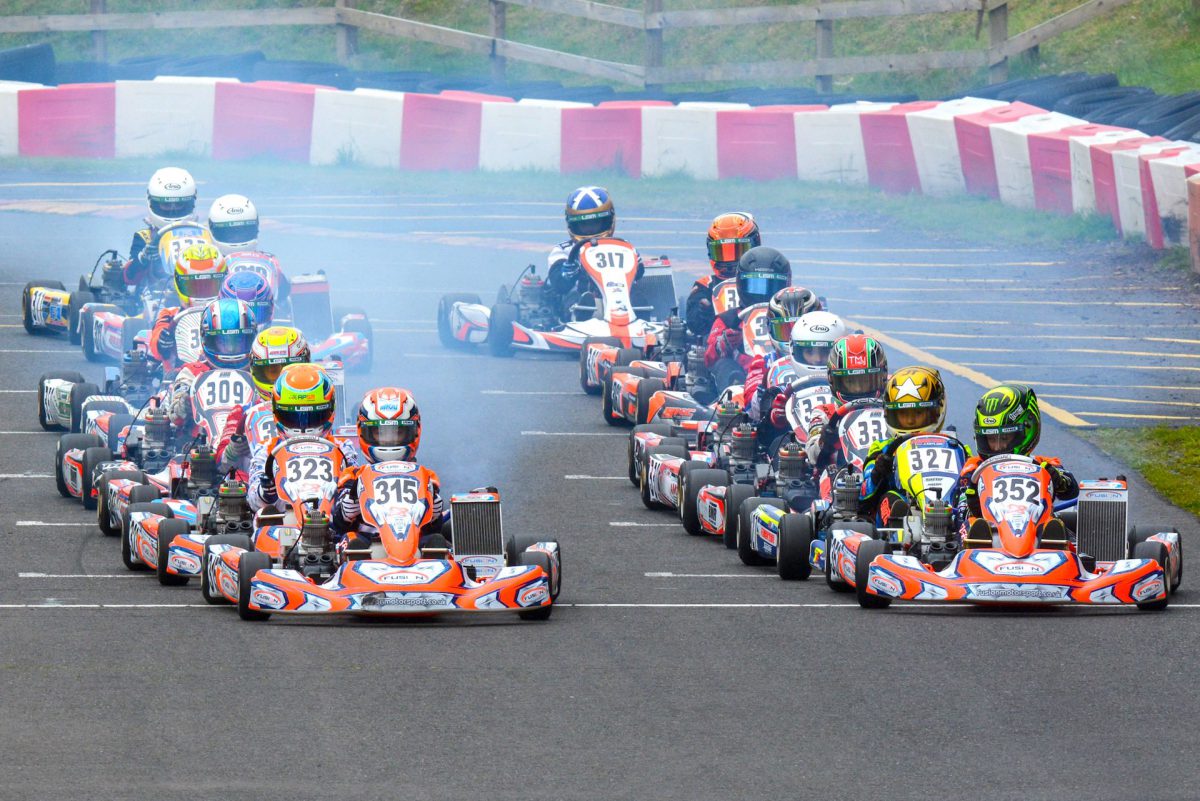 As last year the Cumbria Kart Racing Club, Rowrah Circuit played host to two rounds of Little Green Man back to back, with Round 6 held on Sunday and Round 7 on Monday.  Unusually for LGM they chose to go with a qualifying format for Round 6 and the more usual random grids format for Round 7.

After his good result at Whilton Mill in the previous round Kai was feeling confident going into Round 6, in cool but dry weather Kai was quick posting the third fastest time in qualifying.  In the first heat Kai finished 5th (and fastest lap), the second heat didn’t go so well, Kai made it up to 2nd place by the 9th lap but was brake checked going into the last corner on the penultimate lap dropping his nosecone and handing him the inevitable penalty which dropped him to 7th.  Undeterred starting 5th for the final Kai quickly moved forward chasing down first and second placed Georgi and Joseph who had established a 4 second lead.  Kai caught them on with two laps to go, passing Joseph who subsequently brake checked Kai once more and once more dropped his nosecone.. So despite finishing second (and posting fastest lap) Kai would only come away with 8th.  Full video of the final below (Kai is #315).

The next day Kai was in a determined mood which showed immediately in the first heat where he started last and finished 4th, the second heat starting 2nd and finishing 3rd and the last heat starting 9th and finishing 1st.  The final turned out to be one of the most exciting races of the year with Kai starting on pole but losing several places to find himself 5th on the third lap and some 8 seconds off the leaders, charging hard Kai made it back up to the front overtaking Joseph on the last lap to finish first and take home his first LGM X30 Mini win of the year.  Full video of the final below (Kai is #315).