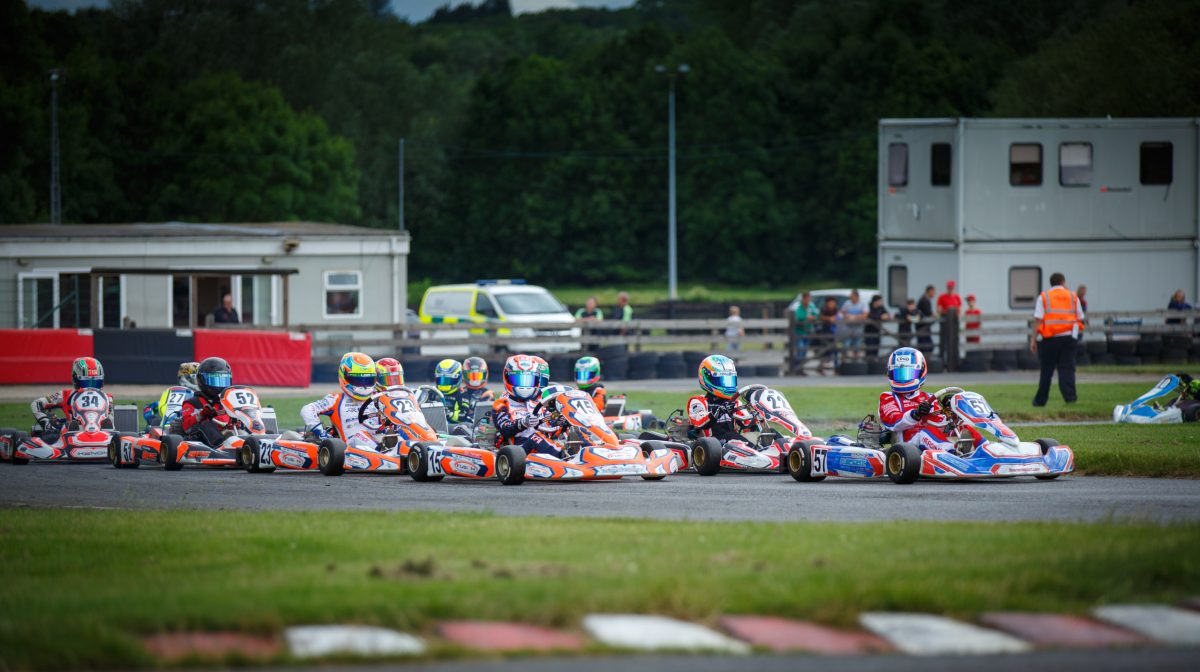 Whilton Mill Karting Club Championship continued in June with the sixth round in unseasonably mixed weather.  Now half way through the year the pace among all drivers was much closer, in morning practice on the Saturday Kai posted a 47.0 sec lap which was fourth fastest. 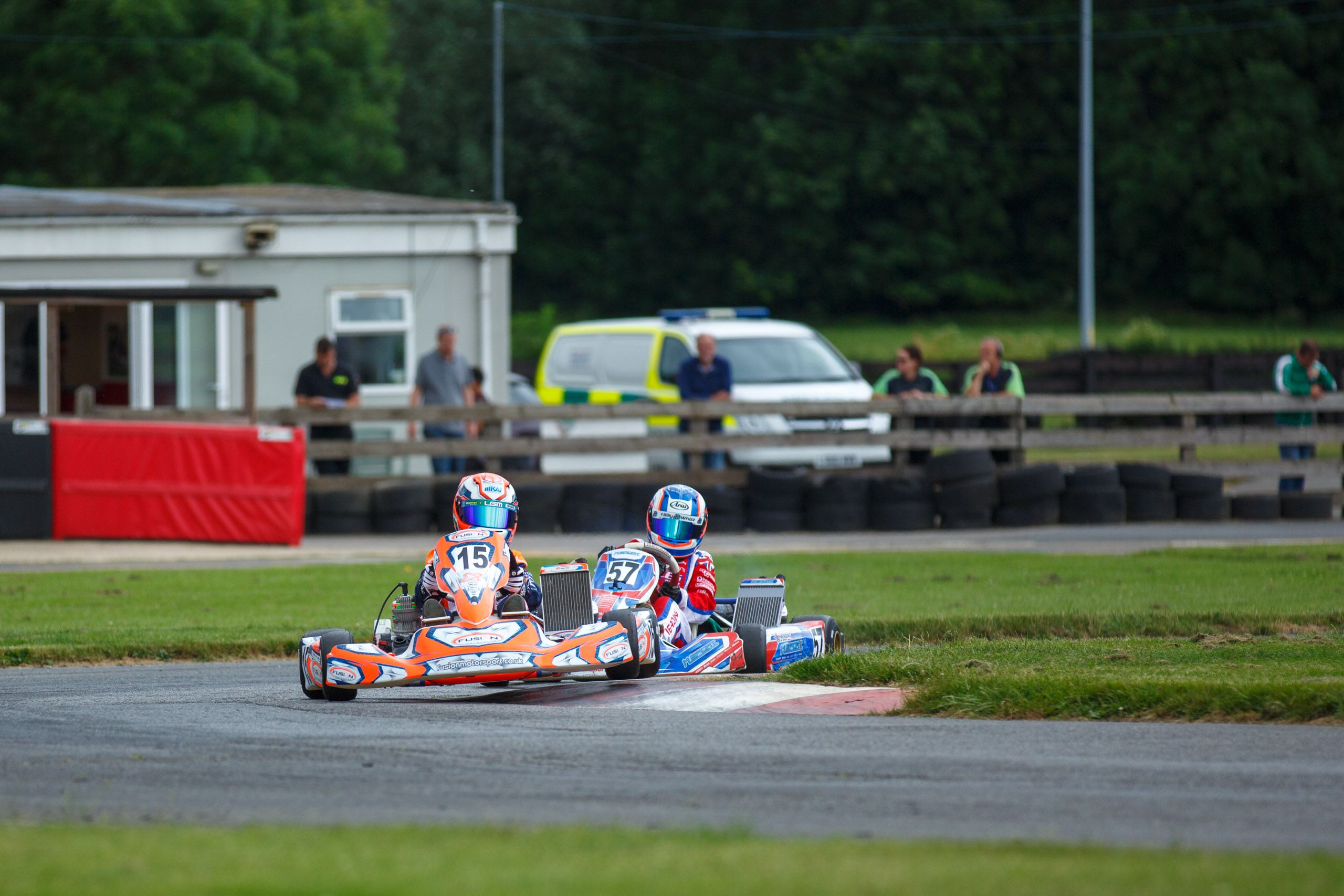 Whilton Mill use a random grid format for the three heat races.  In heat one Kai started 8th and worked his way up to 4th by the finish which was promoted to 3rd due to a penalty given to Joseph Taylor after the end of the race.  The second heat was looking good with Kai straight into the lead from 2nd on the grid, however it began raining with just two laps to go causing a certain amount of chaos, Kai span and lost his lead finishing 6th.  Dry weather again for the third heat Kai made up seven places from 11th on the grid to finish 4th and posted the fastest lap of the weekend.

Combined points from his heat finishes put Kai 7th on the grid for the final.  After just four laps Kai was up to third and soon moved into second place where he finished.  Overall a good weekend with strong pace and great racing.