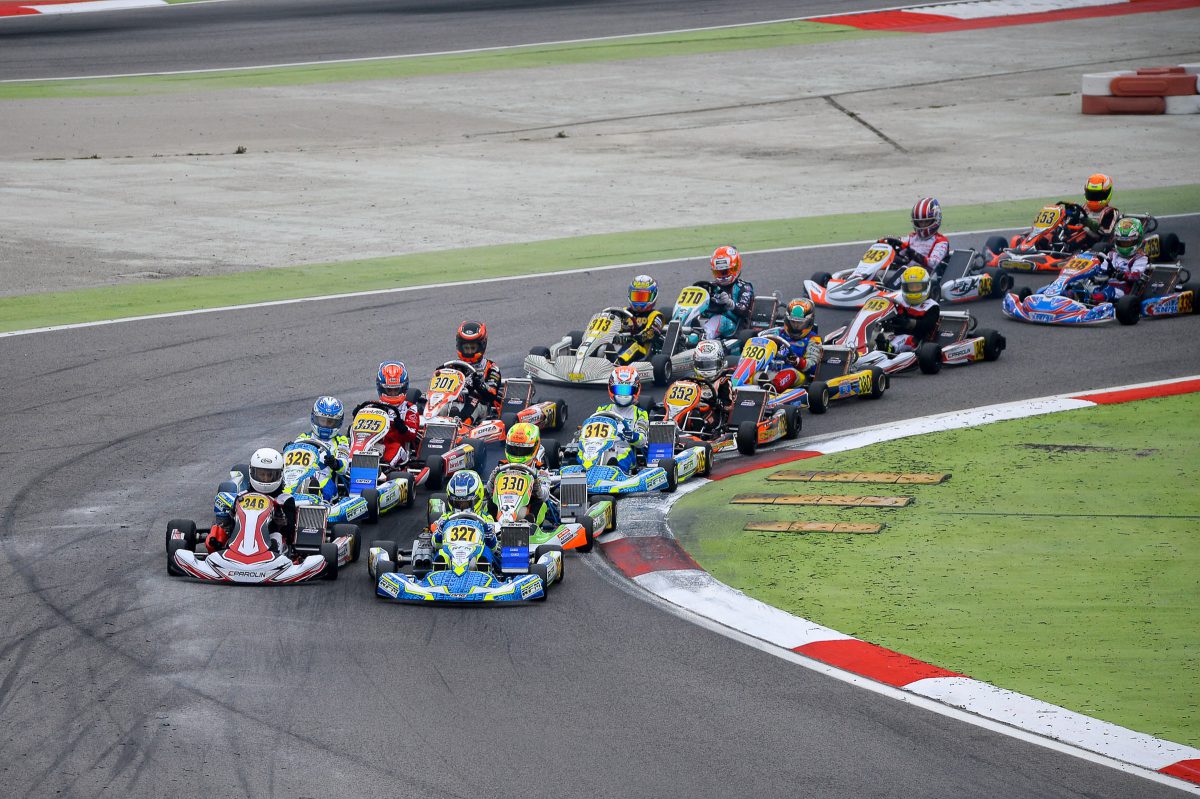 The WSK (World Series Karting) year kicks off with the historic Champions Cup, held this year from 25th to 28th January at the Adria International Raceway, south of Venice.  This years event attracted over 220 drivers in four categories, in the OK-Junior category in which Kai raced there were a total of 76 drivers made up of some who are in their second or third year of OK-Junior racing and some, like Kai are in their rookie year. 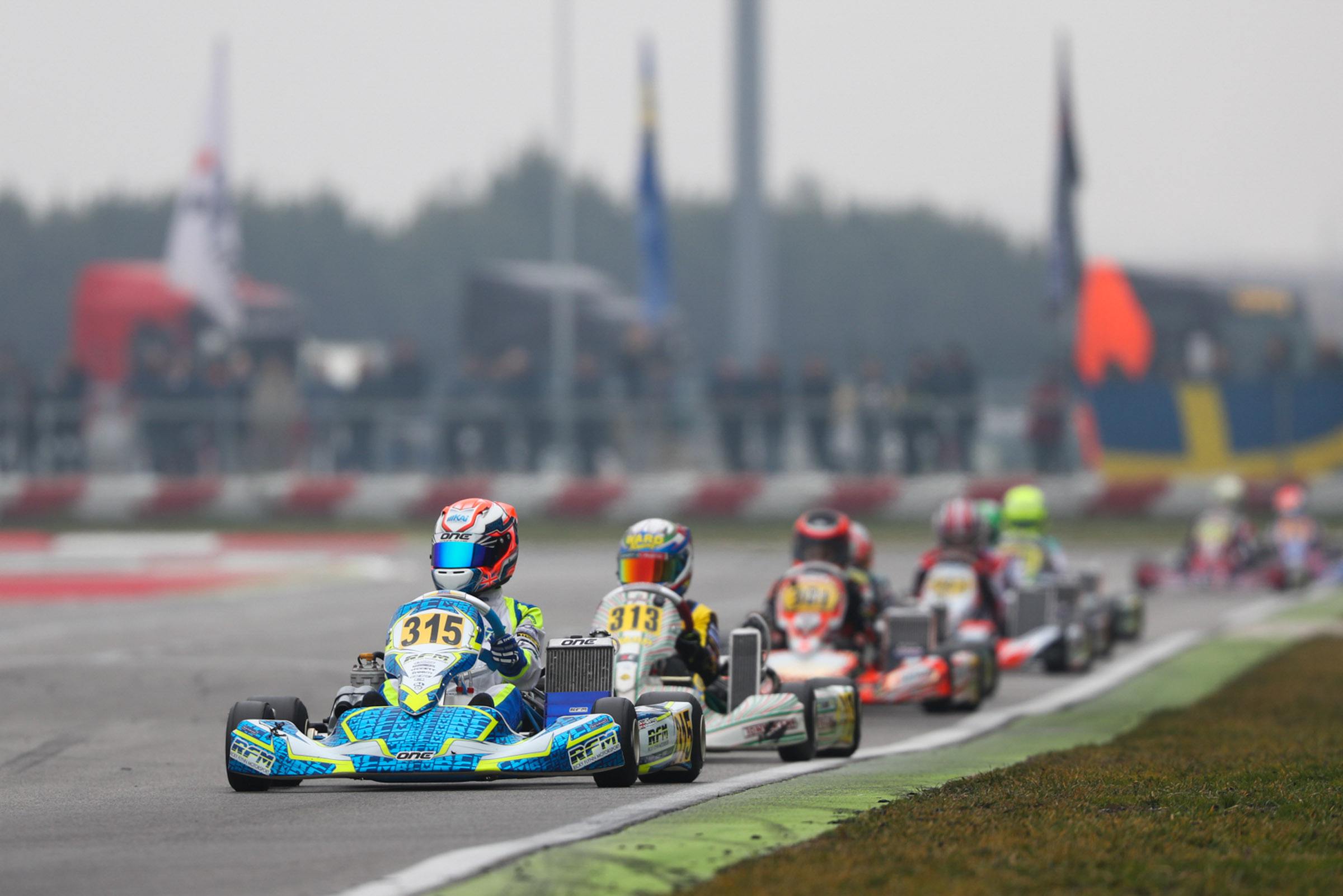 Kai last raced at Adria in the WSK Final Cup series in November and so was going into the weekend with at least good knowledge of the track. Experience and growing confidence in OK-Junior became clear on Friday when Kai qualified 3rd in his group which placed him 9th of 76 overall.  Split into five groups (A to E) all drivers would race against each other in four of ten heat races. 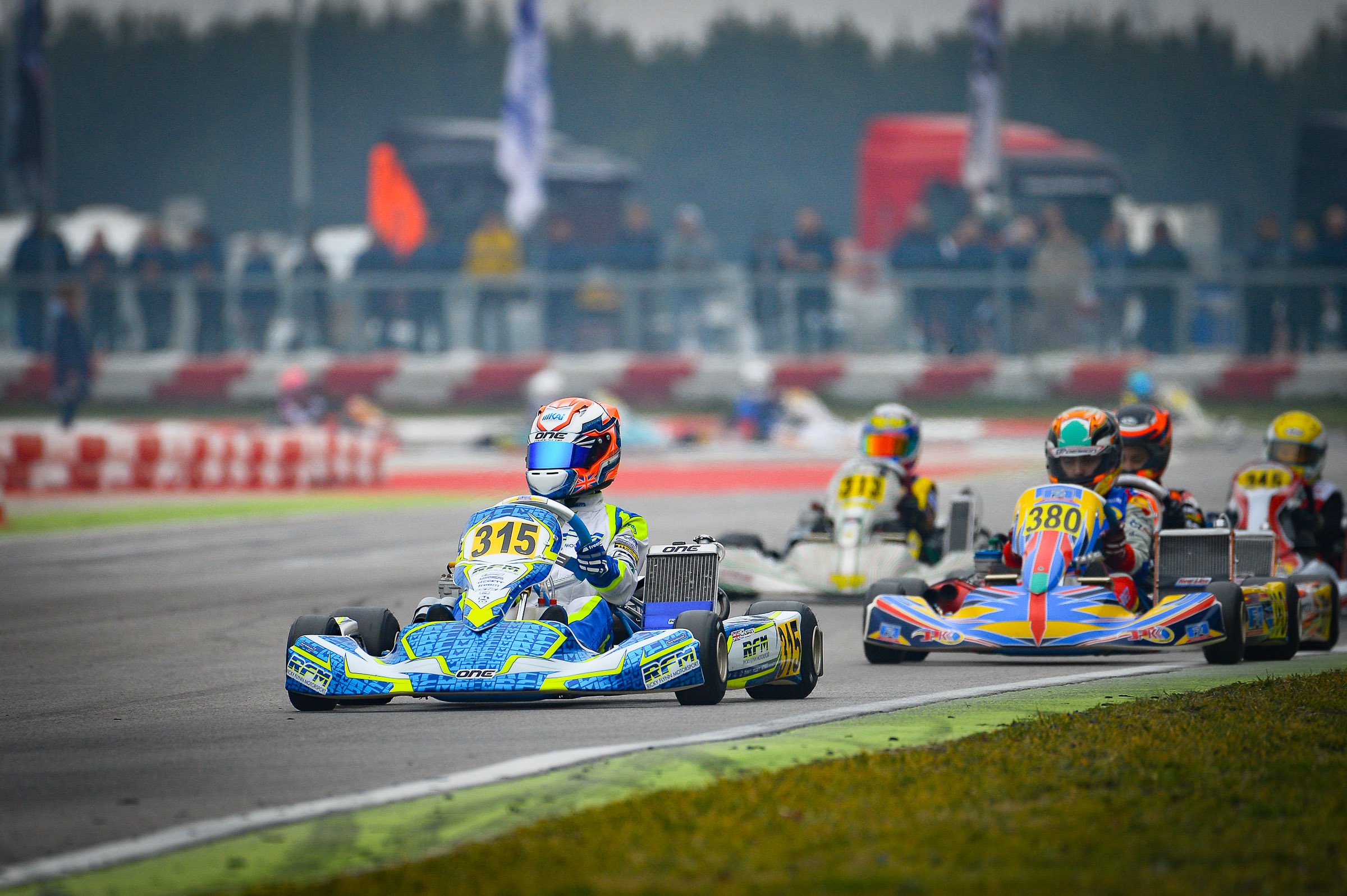 Kai’s 9th in qualifying would place him 3rd or 4th on the grid for his four heat races. In the first heat which took place on Friday evening Kai started 4th and finished 8th. His three heats on Saturday resulted in two 4th place finished and a 6th place. This excellent series of results gave him a total of 22 points which placed him 11th overall, he would start his pre-final (group A) in 6th place. 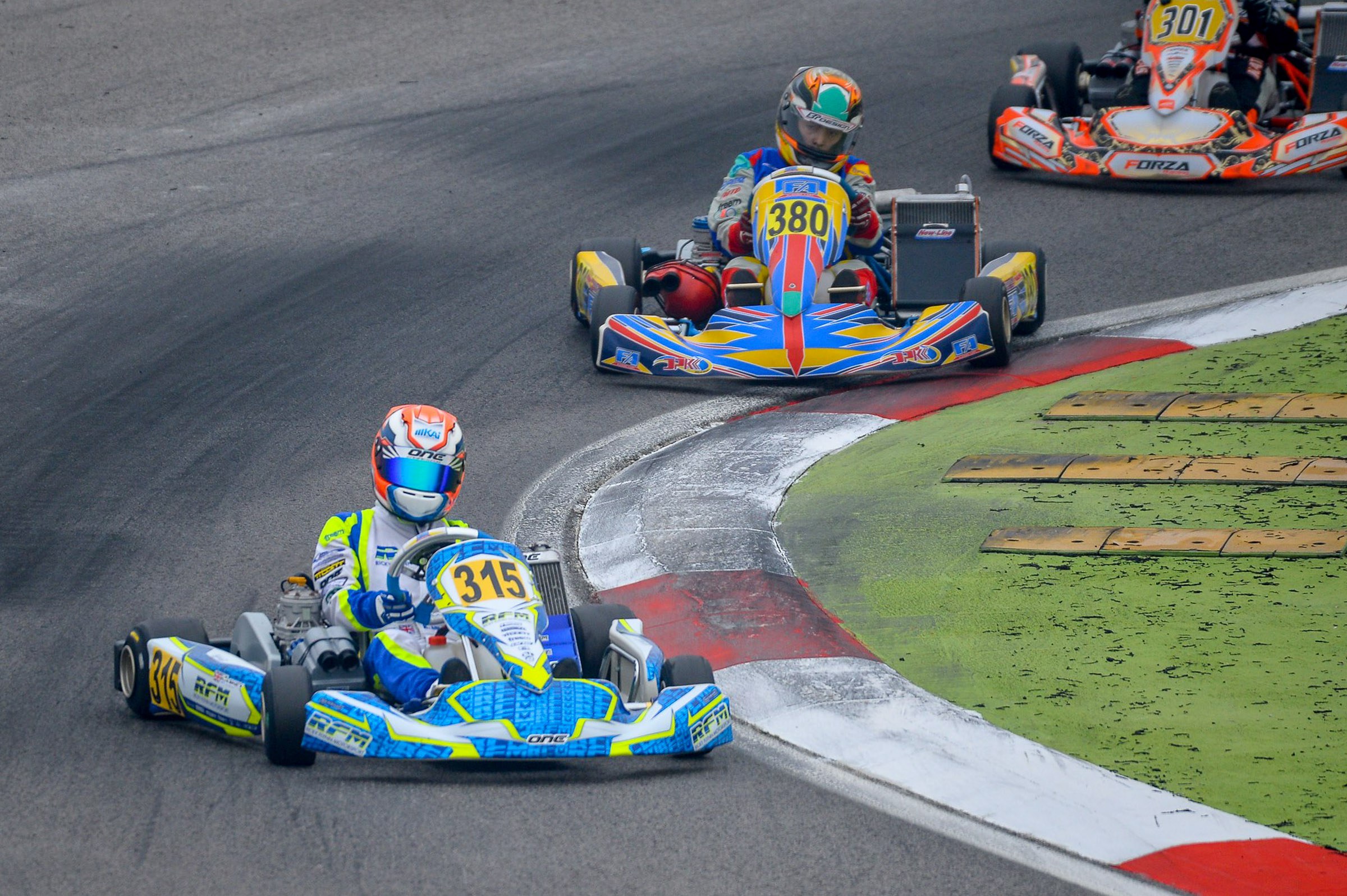 Kai’s sixteen lap pre-final race (A) got underway just after 11:30 on Sunday morning, to qualify for the final you must finish in the top 17. Kai started 6th on the grid but lost a couple of places on the first lap. Pushing hard Kai put in several very fast laps to catch back up to the front pack and move up to 7th before the chequered flag. Finishing 7th in his pre-final placed him 13th on the grid for the final. 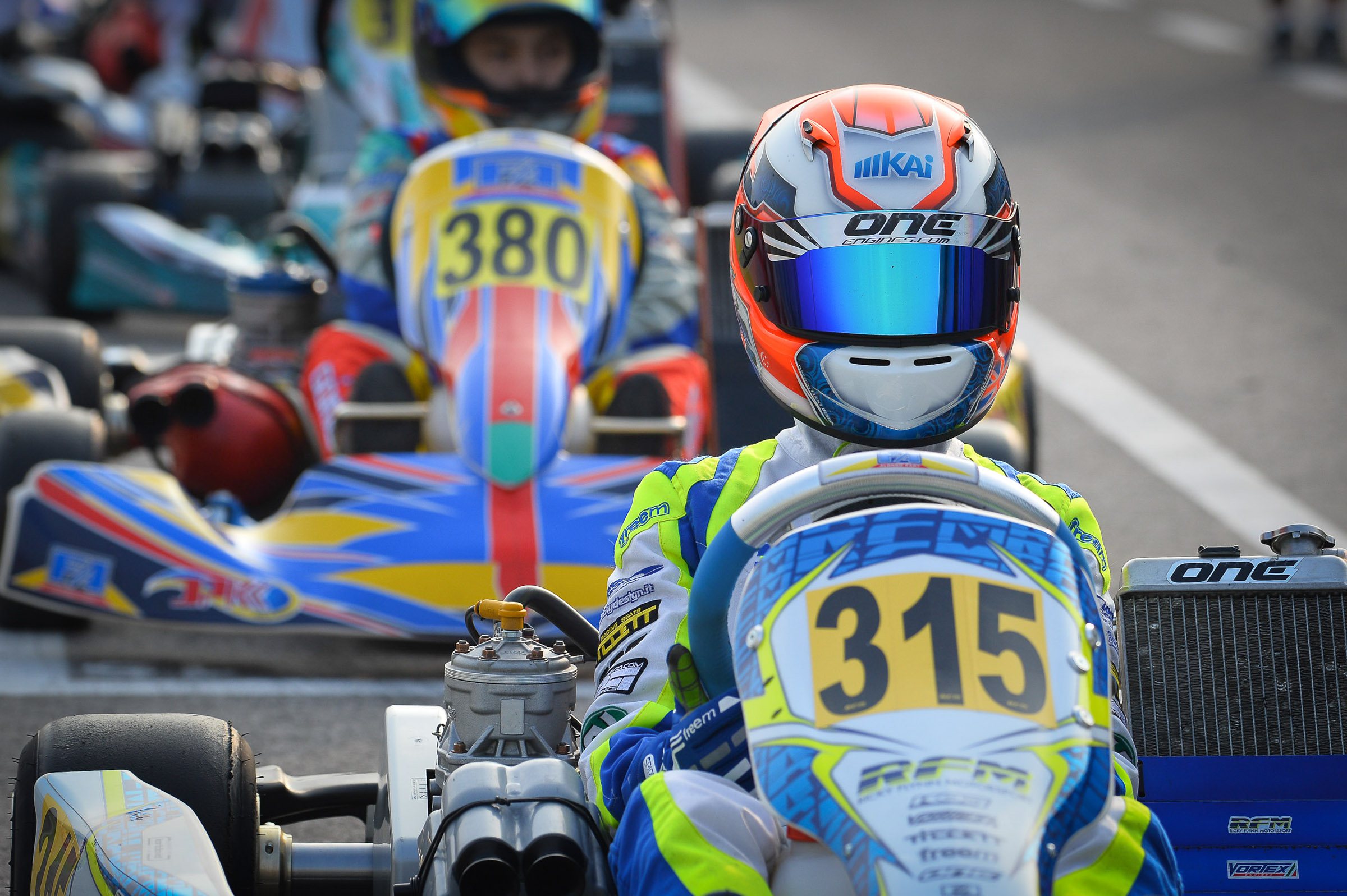 Just after lunch the OK-Junior final got underway, despite having good results all weekend the combined pre-final grids meant that Kai found himself on the 7th row in 13th place for the start.  This is a tough starting point from which to make up places and immediately drivers in front of Kai began defending which slowed Kai and started some backwards momentum.  Kai managed to hang on to his position to finish 16th which was promoted to 14th after penalties applied to other drivers.

The hope going into the Champions Cup was a top 20 finish and Kai delivered just that with great pace and excellent heat results.  Next the WSK Super Master Series Round 1 also at Adria.