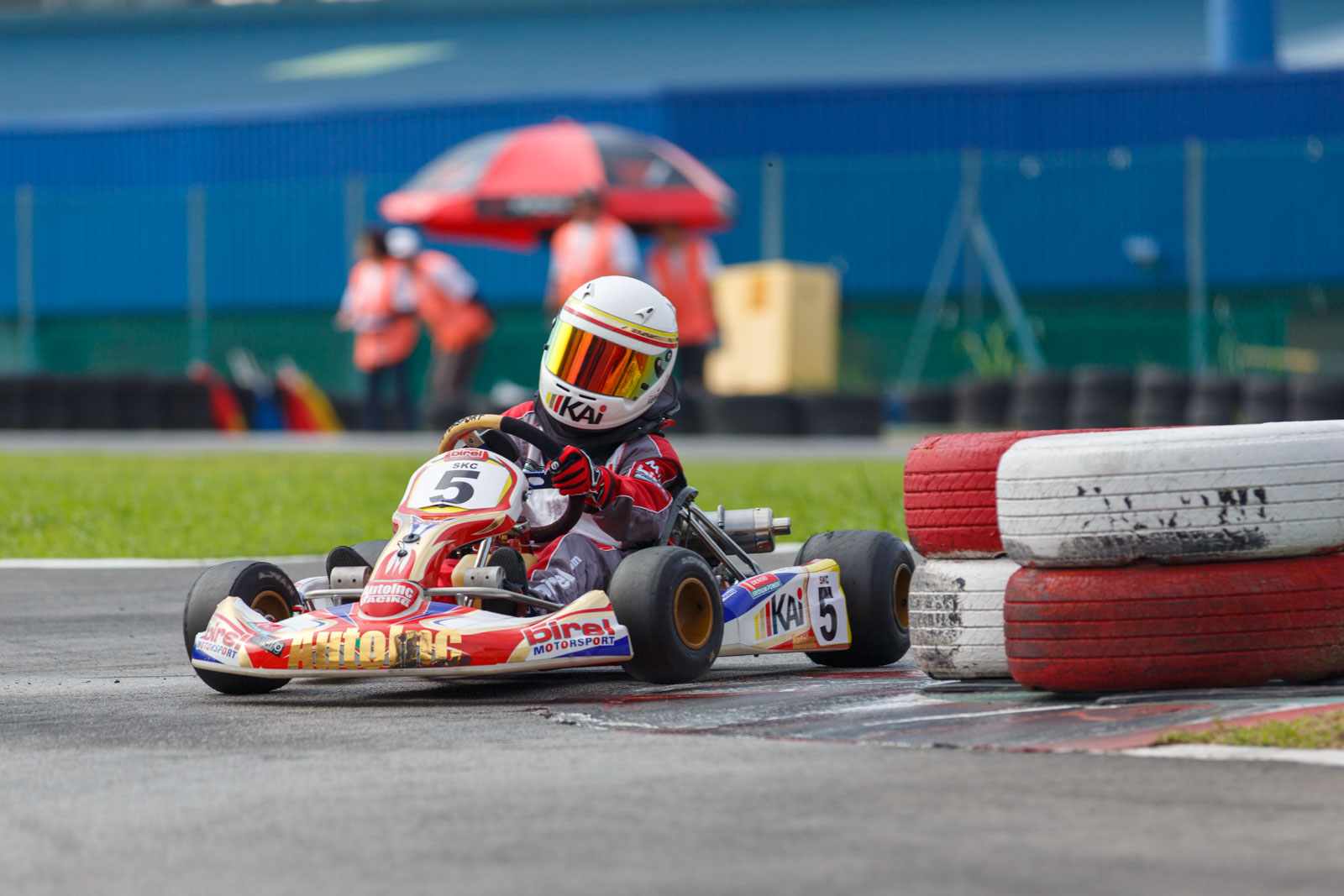 Fresh from his break in the UK (and training with Fusion Motorsport) Kai began well, qualifying in 4th place with a lap time of 37.29 sec.  In the heat race he moved up from 4th to 3rd, finishing just half a second off second place driver Alex Brown.  The pre-final picked up from where the heat left off, the top three drivers (Alex Kattoulas, Alex Brown and Kai) pulling out a six second lead and holding their positions for the remainder of the race.  Kai was determined to attempt a move in the Final and try to push for the lead but found it difficult to pass seasoned driver Alex Brown on the tight and twisty Kartright Speedway track, however on the last lap of the race Alex Brown had an unfortunate tangle with Alex Kattoulas which gave Kai the opportunity to move up to second which is where he finished.  His best finishing position and highest points tally yet in SKC 2014, credit to Kai but also AutoInc Racing team principal Paul Lee for a great kart setup.