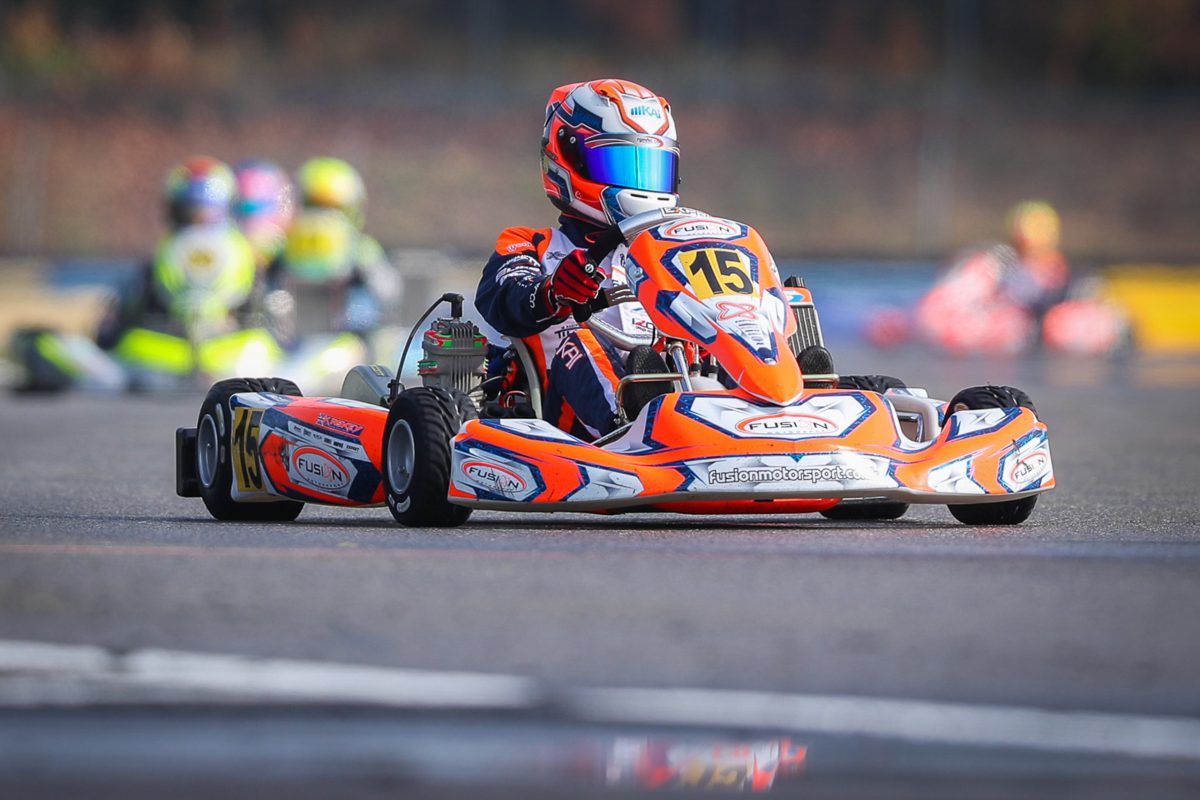 The third round of the X30 Euro series took place in September at the Castelletto (7 Laghi) circuit in Italy.  Following his success at the track at the IAME International Open earlier in the year Kai was in a positive mood for this round aiming to score some good points in this the fourth round of the X30 Euro championship.  Having missed the first round at Genk Kai was currently 10th in the championship and looking to grab some good points to at least finish in the top 10 overall. 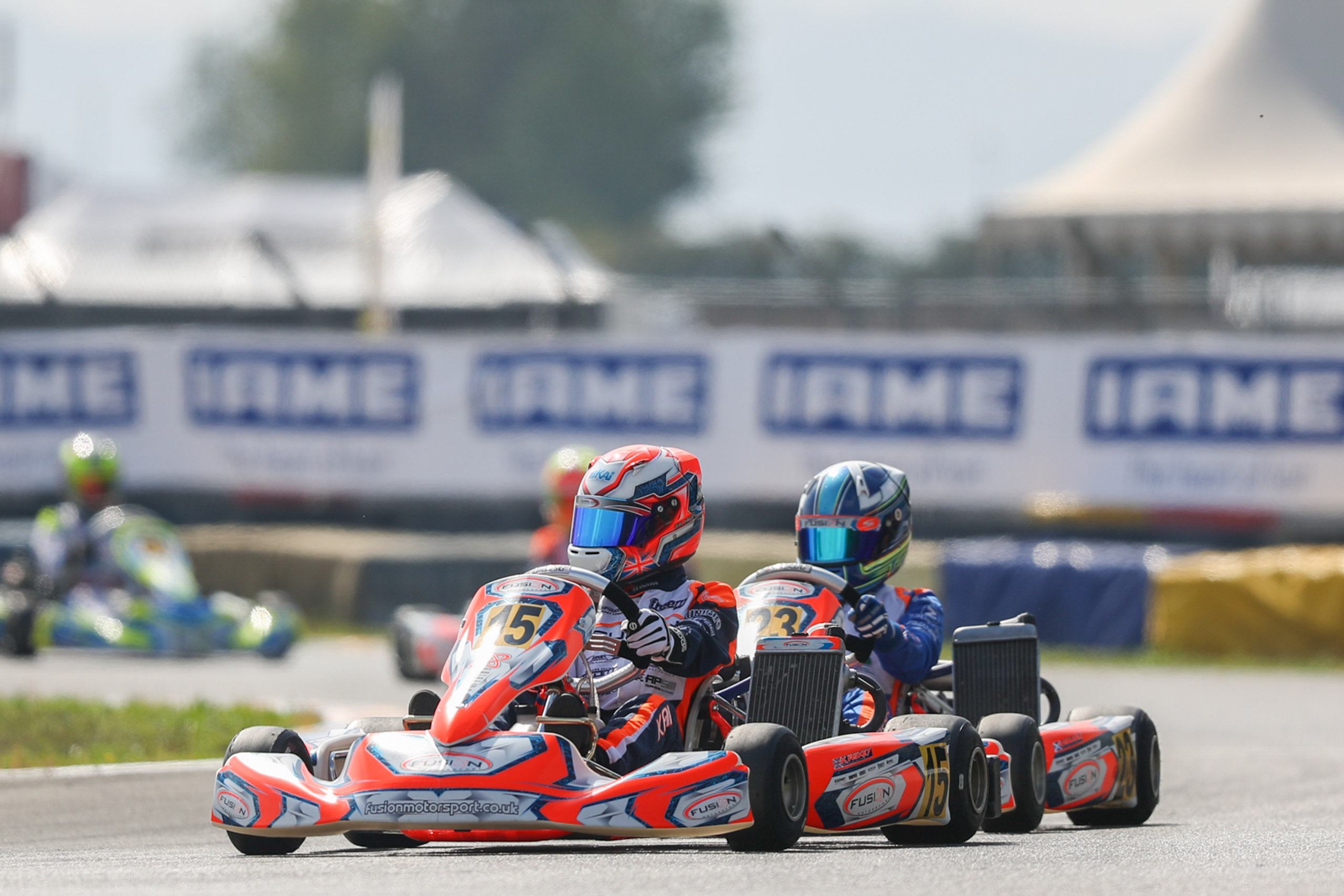 In mid-afternoon on Friday, after a day of good practice sessions came qualifying.  By Kai’s own admission it really didn’t go to plan, only two-tenths (0.242 sec) off the leader but that still placed Kai 10th overall which would mean he would start all three of the eight lap heats on Saturday in from 10th on the grid.

On Saturday the first heat got underway on a wet track, Kai made up a few places to finish 7th.  The track had mostly dried out for the second heat, Kai made up a place at the start but was stuck in 9th until the penultimate lap managed to make up 3 places to finish 6th (promoted to 5th after penalties to other drivers).  The final heat ended up very scrappy, Kai was smashed off the track which jammed his side pod against his rear wheel, that combined with a nosecone penalty gave him a 19th place.

Ironically after all the racing on Saturday Kai’s combined heat points put him back to 10th place on the grid for the pre-final.  The pre-final ended up being an almighty battle of driver skill and strategy.  The track was damp but was beginning to dry in places.  Strategy came into play with about half of the drivers on slicks and half on wets (including Kai).  The race got underway and at first wet tyres seemed to be the best choice with the slick tyre drivers almost 4 seconds slower than those on wets, however the track began to get a dry line and on lap 5 those on slicks were suddenly the quicker ones, by 3 to 4 seconds.  All this of course caused many changes of position, however Kai did amazingly well to be the most consistent on wet tyres, despite the fact that the dry line was causing them to overheat and lose grip.  He finished 7th (and 1st of the wet tyre drivers) and was promoted to 4th after penalties to drivers in front of him.  Full video below.

The final got underway in warm sunshine in very dry conditions, Kai would start 4th on the grid and knew that it was essential he got a good start and moved forward in the first few corners.  That’s exactly what he did, moving up to 2nd place by the end of the first lap Kai managed to stay there until lap 10 when a hard charging Chris Lulham passed him and then Angus Moulsdale to take the lead.  Kai briefly overtook Lulham with three laps to go to lead the race but Lulham attacked and regained first.  Kai finished a very happy 2nd place, his highest European and X30 Junior finish to date and valuable 83 points from the round which put him 5th place overall for the X30 European Championship.  All this and the youngest on the grid, and in the Championship.